Chhavi Mittal and Mohit Hussein embraced parenthood for the second time on May 13, 2019, and ever since, they have been teasing their fans with the glimpses of baby Arham Hussein. 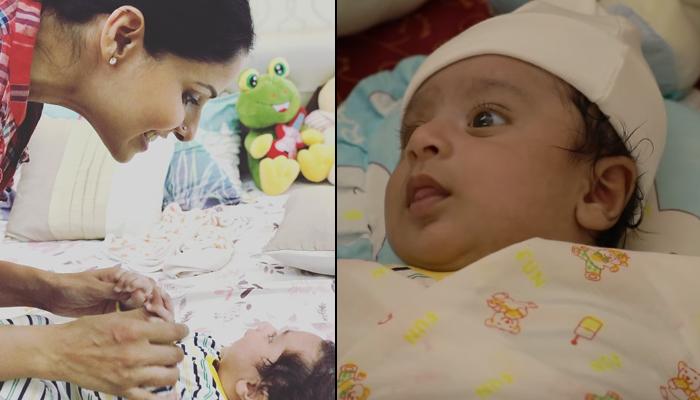 Shitty Ideas Trending co-owners, Chhavi Mittal and Mohit Hussein embraced parenthood for the second time on May 13, 2019, and ever since, they have been teasing their fans with the glimpses of baby Arham Hussein. Chhavi and Mohit were already proud parents of their six-year-old daughter, Areeza Hussein when they welcomed a little bundle of joy in their lives. Chhavi had penned down her entire pregnancy and post-pregnancy journey and kept giving sneak peeks of their family life on social media, so we were eagerly waiting for junior Hussein to make his debut on her Instagram soon. (Also Read: Ranveer Singh Reveals If He And Wife, Deepika Padukone Fight, Shares A Post-Marriage Secret)

Little did we know that God will answer our prayers so soon and will give us more than we asked! Chhavi Mittal and Mohit Hussein not only gave us a glimpse of their two-month-old baby boy, Arham Hussein, but the little one also made his debut on their YouTube channel, Shitty Ideas Trending. A while back, Chhavi and Mohit had updated their Shitty Ideas Trending page and announced the fourth season of their The Better Half with baby Arham’s debut on the show. 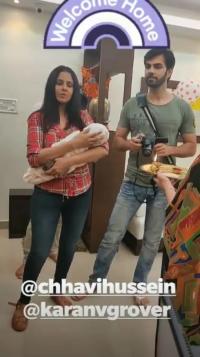 Finally, on July 11, 2019, after a long wait for the release of the fourth season of The Better Half by S.I.T. and baby Arham Hussein's first glimpse, we finally got to see both as soon as the clock struck 2:30 pm. And with just one glance at this little munchkin, we couldn’t stop watching those few seconds with him in the focus on loop. Here are the first pictures of Arham, who made his debut on-screen within a few days into this world: 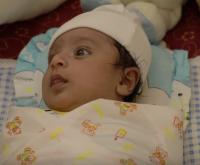 Just a while back, Mohit Hussein took to his Instagram and posted the first-ever proper side glimpse of little Arham Hussein. Cuddled in his daddy, Mohit’s arms and gazing into the far-off horizon, all we want is to cuddle this little joy! Sharing the picture, Mohit wrote, “This beautifully captured image by @chhavihussein of me and my LO #BabyArham looking into the future together is just my absolute favorite. Today at 2:30 pm Arham debuts in #SIT with the launch of #TheBetterHalf on #youtube He is the youngest member of the #ShittyIdeasTrending family. A proud #sitian. Hopefully, together we will create a lot of entertaining content. #fingerscrossed #debut #launchpad #launchingsoon #youtubers #youngestyoutuber.” 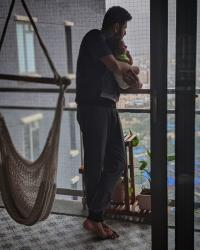 On the other hand, mommy, Chhavi Hussein too, posted a side glimpse of Arham Hussein on his own newly made Instagram handle. From the sets of Shitty Ideas Trending, Chhavi captioned her picture with baby Arham as, “Little cutie ARHAM HUSSEIN with mommy @chhavihussein on the sets of his first ever shoot for @shittyideastrending THE HOMECOMING! Link in bio. #littlearhamhussein”. (Also Read: Shah Rukh Khan Believes Small Things Said By His Parents During Childhood Now Define Him As A Person) 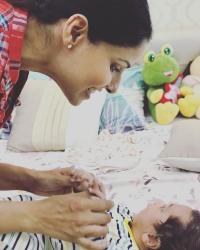 Chhavi Mittal also shared on her Instagram, a picture of little Arham Hussein gazing patiently at the S.I.T. logo. The doting mommy wrote, “Little @arhamhussein looking at his brother.. his present.. his future (maybe, but who knows)! He's been on SIT ever since his conception. I was shooting for The Family Vacation in Kasauli when I was 2 months pregnant. Nobody knew, since I hadn't announced, but I was feeling all the discomfort, nausea, irritability, backache, tiredness, sleepiness.. and the constant urge to pee.. and only he was there to endure that with me. Secretly, silently, we both started bonded right from then on. And his silent bonding with @shittyideastrending also started from then on. This was clicked on the first day I resumed office, and calmly he stared at the logo, as if having his own secret conversation with it, safely, securely protected in dad @mohithussein 's arms. I beam with pride today when he makes his debut on SIT today at 2.30pm on YouTube! My baby, you're our partner in crime, like a twin joined at the hip. Mom, Abu & Areeza love you to bits!#babyarham.” 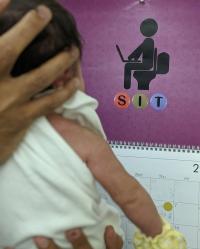 To welcome her mommy, Chhavi Hussein and newborn baby brother, Arham Hussein, her and Mohit Hussein’s firstborn, Areeza had decorated their entire house. Sharing a glimpse of the same, Mohit had written, “This is how #BabyArham got welcomed home by his elder sister #Areeza. Just a glimpse into how she decorated the rest of the house as well. Lucky to have her as his guiding angle. Blessed to have Areeza. Welcome home Arham.#completefamily #fatherhood #loveallaround #kids #newborn #familyfirst #siblings #siblinglove #sister #brother.” 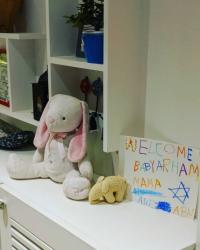 On March 31, 2019, Chhavi Mittal’s hubby, Mohit Hussein had shared how little Areeza had been steadily shopping for her soon-to-arrive sibling. Revealing the same, he had written along with a picture of Areeza holding baby shoes and clothes, “It's believed that to be mom's start nesting in the 9th month, in our case it's the sister to be who is nesting and the most excited. She has hand-picked each of the things herself and the booties are her favorite. #sistobe #sister #oldersister #siblings #bootieshoes #excitement #areeza #bond #amazing #nesting #newstart #mohithussein #daughtersarethebest.” (Also Read: From Sameera Reddy To Amy Jackson, Celebrities Who Flaunted Baby Bumps Acing Maternity Fashion) 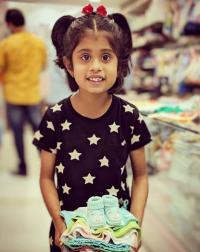 Isn’t he super-adorable? Much love to this little bundle of joy!