Before Getting Engaged To Brent, Aashka Was In A Relationship With This Famous Actor

Before Getting Engaged To Brent, Aashka Was In A Relationship With This Famous Actor Marriages from B-town are a big affair. Celeb marriages do not come with news alone, they carry within themselves many revelations. Quite evidently, these revelations find a place in the Page 3s.

One such celeb couple who is about to get married is Bharat Ka Veer Putra – Maharana Pratap fame actress, Aashka Goradia and her fiancé Brent Goble. The couple got engaged on December 25, 2016, and is all set to tie the knot on December 3, 2017. We brought to their full story here. 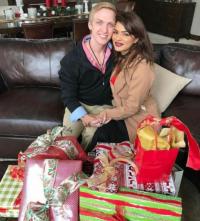 But, all the happiness and bonanza attached to this marriage are on one hand, and on the other end of the spectrum lies, a decade-long relationship of Aashka and her ex Siya Ke Ram fame actor, Rohit Bakshi.

According to an article published earlier, it can be asserted:

"Despite the turmoil, they stuck around and gave their relationship several chances. But with time, they realised it was best to part ways. Communication gaps and compatibility issues led to constant friction in the relationship. Both wanted different things from life. The good thing is that the split was an amicable one. They respect and care for each other and didn't want their relationship to end on a sour note."

Even a few years ago, it was reported that there was some trouble in Aashka and Rohit’s relationship, but, on the other hand, it was believed that the duo managed to stay afloat.

Well, the authenticity of this report can be seen as legit because of the obvious fact that Aashka is now getting married to Brent. It is to be noted here that the ex-couple was too active on the social media and they regularly displayed their love for each other.

Don't Miss: 11 Famous Celebrities Who Are Parents To Adopted Kids

For instance, she had posted this picture, which looks like a date. 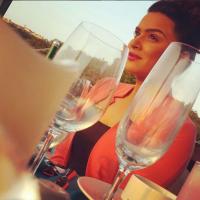 Just last year, Aashka, in an interview with the Hindustan Times, was quoted as saying:

"He is a wonderful man. He is a great human being and was a friend. I learnt so much from him. There is a lot of good that he left in my life. You do that to a person when you become part of his or her life for so long. I honour what I had with him." 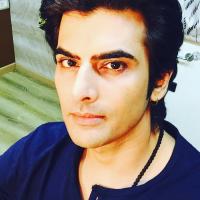 Aashka and Rohit met during the shooting of TV show Sindoor Tere Naam Ka. Initially, they became friends and then gradually moved on to a more concrete relationship. The duo have often been clicked together and in fact, they even used to hang out on each other’s shoots.

Suggested Read: Boxer Vijender Singh Asked Rahul Gandhi When Will He Marry, This Is What He Replied 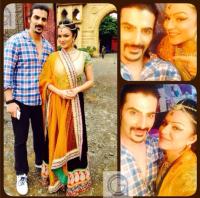 Did you guys know that before getting committed to Brent, Aashka was in a decade-long relationship with Rohit Bakshi? Well, that's history and history is in the past. We're sure, millions of their fans would have been heartbroken on hearing about Aashka and Rohit's split up. But, we're equally sure that these fans are now rejoicing on the fact that she is finally getting married to the love of her life, Brent. Do let us know in the comments section as to what do you think of this story.

Next Read: 10 Famous Bollywood Celebrity Couples And Their Stunning Then And Now Pictures