The Kapil Sharma Show's Archana Purana Singh's younger lad, Ayushmaan Sethi has found his ladylove. Scroll down to know more about his girlfriend.

Where there is love, there is no boundary. Archana Puran Singh married actor, Parmeet Sethi on June 30, 1992, despite the latter being 7 years younger to her. The two fell in love and were in a 4-year long live-in relationship before tying the knot. When asked about her apprehensions of marrying a younger man, Archana in an interview had recalled that they have been together for 20 years and age has never been a barrier between the two.

Archana and Parmeet are proud parents to two sons, Aaryamann Sethi and Ayushmaan Sethi and the two have definitely inherited the looks of their parents. The two have grown up to be such studs! And if rumours are to be believed The Kapil Sharma show’s Archana Puran Singh’s younger son, Ayushmaan Sethi is dating a Gujrati girl from Ahmedabad. (Recommended Read: Soha Ali Khan Reveals Her Daughter, Inaaya Naumi Kemmu Is Crazy About Lipsticks) Famous for her uncontrollable and irresistible laughter, Archana Puran Singh’s younger lad, Ayushmaan Sethi is currently pursuing his studies in the US and has apparently discovered the love of his life, Sanskruti Jayana. The two are studying in the same college. Ayushmaan has been open about his love life. He is an active user of social media and never shies away from posting pictures with his ladylove on the Instagram handle. Recently, in the first week of August, Ayushmaan celebrated Sanskruti’s birthday and had posted a lovely picture on his Instagram handle and had captioned it as, “Happy birthday (Heart Emoji) You know how much you mean to me, best friends don’t need to even say it.” Take a look at the lovely picture: 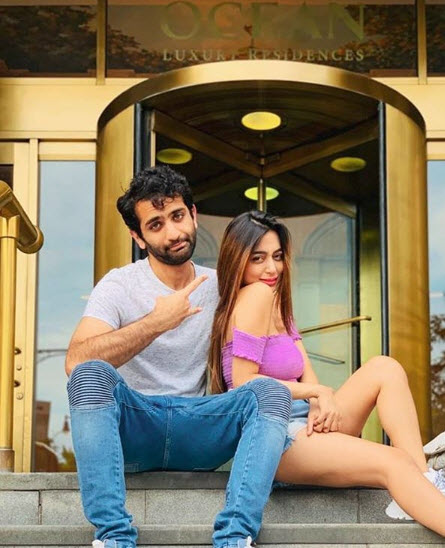 The two seems to be head-over-heels in love with each other. Ayushmaan and Sanskruti have been sharing lovey-dovey moments with their followers on social media. In one of the pictures posted by Ayushmaan, he was seen bidding an emotional goodbye to Sanskruti. The pictures shared by Ayushmaan had him hugging his ladylove. He had captioned the picture as, “Friends are family you choose (Heart Emoji) Goodbye to half my heart, but see you very soon.” To which, Sanskruti had emotionally replied, “You’ll make me cry again. love yaa. N miss u already.” (Suggested Read: This Bride Wore A Rani Pink Lehenga With The Longest Dupatta For Her Wedding) 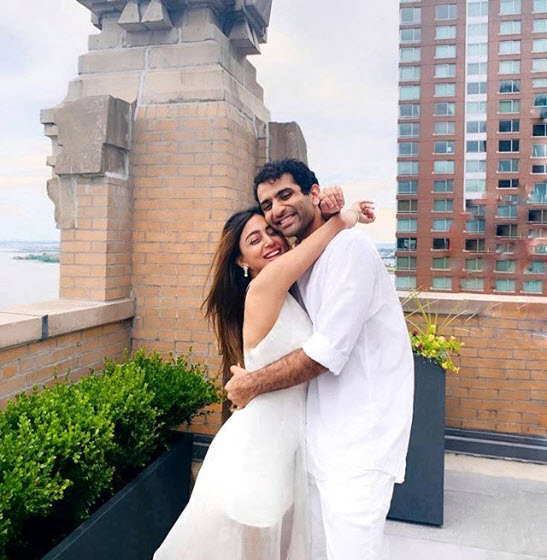 Archana Puran Singh and Parmeet Sethi are apparently aware of their son Ayushmaan’s lady love and have given their approval to them. The two are quite active on social media themselves and are often seen commenting on Ayushmaan and Sanskruti’s pictures. 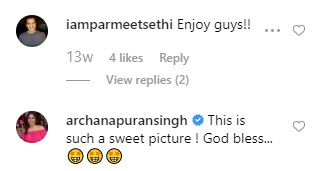 The younger lad of Archana and Parmeet is a spitting image of his father. In a throwback interview, Archana had opened about how kids have helped her grow her bond with Parmeet. Archana had commented, “Being a mother changed my entire existence, my entire being. Suddenly your focus is that little thing in your life, your life's greatest joy.” To this, Parmeet had also happily shared, “Aaryamann and Ayushmaan are Archana's top priority and I am the neglected one. But, they are the link, which makes my relationship with her solid.” Archana Puran Singh is currently seen as a judge on The Kapil Sharma show, replacing Navjot Singh Sidhu. On the work front, she has played memorable roles in Bollywood and was popularly known as Ms Braganza, after playing the role in the movie Kuch Kuch Hota Hai. (Must Read: 'Siya Ke Ram' Fame, Snigdha Akolkar's Bridal Look Reminds Us Of Chennai Express' Deepika Padukone)

Ayushmaan and Sanskruti look cute together. What do you guys think?