During an episode of 'The Kapil Sharma Show', Archana Puran Singh revealed the reason why her wedding to Parmeet Sethi was kept a secret for four years.

The most famous and beloved stand-up comedian of the nation, actor and host, Kapil Sharma has been entertaining his audience for more than a decade now. The Kapil Sharma Show is one of the most celebrated shows of the television and the prominent names in the entertainment, singing and sports industries appear on the show to share their experiences and stories with a comedy punch added by the host, Kapil. Not just the celebs, Kapil and the permanent guest on the show, Archana Puran Singh too, give sneak-peeks into their personal lives by sharing interesting and unknown details on TKKS. (Also Read: Saba Ali Khan Wishes Her Amma Sharmila Tagore On Her 76th Birthday, Shares Favourite Memory With Her)

A few months ago, Archana Puran Singh had come as a celebrity guest on The Kapil Sharma Show, with her hubby, Parmeet Sethi and the couple had reminisced their wedding memories. Archana had recalled that to marry Parmeet, she had eloped from her house. The pandit even asked them if Archana is legally eligible for marriage since they have eloped for the wedding and after some hesitation, the priest had finally agreed. The couple had exchanged their wedding vows at 11 am the next morning. For the unversed, when Archana had met Parmeet for the first time at a party, she didn't want a man in her life because of a failed marriage. Before taking the decision of tying the knot, Archana and Parmeet were in a live-in relationship. In the last episode of The Kapil Sharma Show, Neha Kakkar had made her first-ever television appearance with her hubby, Rohanpreet Singh. During the episode, Archana Puran Singh revealed that her wedding to Parmeet Sethi was kept a secret for four years. Revealing that Parmeet was adamant to marry her and when his parents objected their relationship, he decided on marriage. When Parmeet went to the priest and had a conversation about Archana being legally eligible for marriage, she was sitting in the car. Archana recalled at that time, she was shooting for Saif Ali Khan’s debut film and as she was getting married, she even got a call from her hairdresser. But they successfully managed to keep their marriage a secret from everyone for four years and expressed happiness as there was no social media back then. On June 30, 2020, Archana Puran Singh and Parmeet Sethi had completed 28 years of marital bliss and to mark the special day, they had posted heartfelt notes for each other on their respective social media profiles. While Archana had captioned their couple picture as "28 years. And I still ask you "how many years has it been"? And you complain "you never remember"!! Here's to not remembering but always celebrating our anniversary @iamparmeetsethi", Parmeet had written, "It's been 28 years since I married this sexy, beautiful, mad and crazy thing!! Looking forward to the rest of our journey together!!!" (Also Read: Ram Kapoor Shares An Unseen Family Picture With Wife, Gautami And Their Kids When They Were Babies) 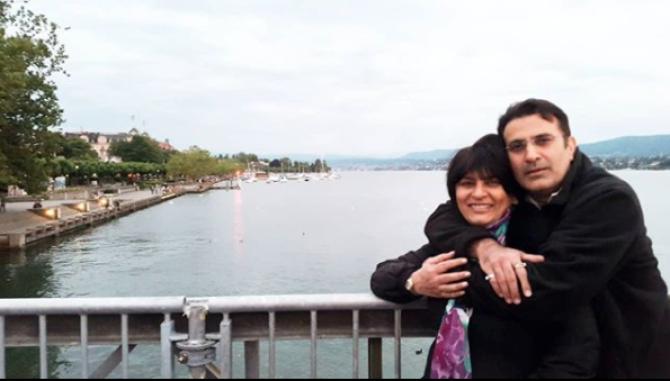 In an interview with Shaadi Times, Archana Puran Singh had explained the beauty of her relationship with Parmeet Sethi and had lovingly remarked, "The beauty of our relationship is that within our similarities, lie our disparities. We both are foodies, though he is a meat eater and I am a staunch vegetarian. We love movies. I like HBO and he prefers Star Movies. We love long drives, and although he loves fast drives, I am fond of long scenic drives. Yet we adjust and compromise on the other's preferences." Parmeet had briefed, "With Archana, I learnt to look at life the way it is, with no pretences. For her a spade is a spade. She taught me that life is all about choices. It's your choices that affect the world around you and it did. When we were in a live-in relation, my family was dead against it, and as I now reflect, I agree that my choice to stand by her was right." 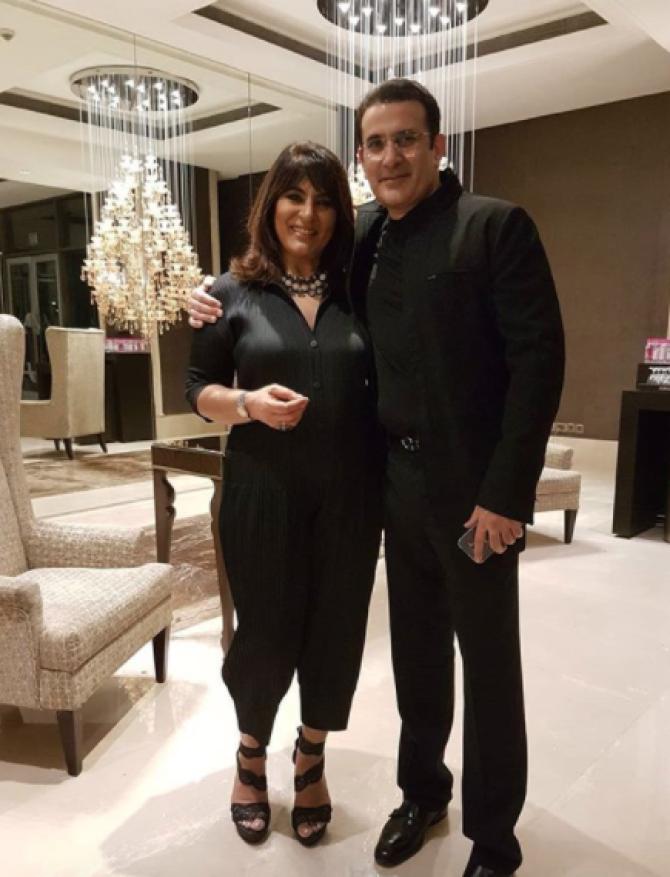 Close to three decades since Archana Puran Singh and Parmeet Sethi had tied the knot, it has been a wonderful journey for the couple with two sons, Aryamann and Ayushmaan. While their families and society had questioned their relationship due to the age and career difference, Archana and Parmeet had proved everyone wrong with their strong bond. In August, Archana posted three pictures with Parmeet from the sets of The Kapil Sharma Show and the captions had given a perfect glimpse of the bond that they share. Archana had captioned the pictures as “We celebrate differences of opinion in our marriage. So I allowed him to wear a different color of shoes from mine!”, “The only one who I will share this chair with. That too ... only for a photograph” and “Celebrating together. Celebrating each other. Always. (And allowing the wife to win. Always.) That's what good marriages are. @iamparmeetsethi.” (Also Read: Neha Kakkar Reveals Hubby, Rohanpreet Singh Wasn't Ready To Get Married At The Age Of 25) 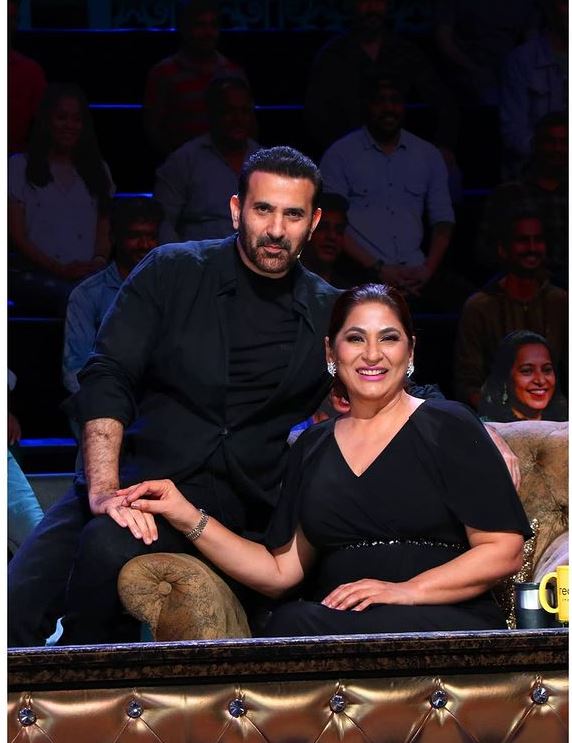 We wish many more such years to togetherness and love to Archana and Parmeet! It was somewhere around the mid-2000s when the comedy scene had picked up in India with individual artists becoming a part of our daily entertainment. Especially the stand-up comedy has grown leaps and bounds in our country, giving a chance to talented comedians, full of wit and humour, to showcase their