Some successful B-Town actors were once dependent on their wives' earnings for their survival, and they accepted it with pride. Check out as we share a list of such actors!

Indian society has its own notions and stereotypes, which we have believed in for ages. And one of those notions is patriarchy, wherein the male is considered superior to the female. From time immemorial, it is believed that the male is the family's breadwinner, while women look after the home and kids. Thus, men have been consistently paid more than their female counterparts, and sadly, nobody questioned it.

Well, some Bollywood celebrities have, time and again, taught us that there's no hard and fast rule to live your life and that sometimes it's okay to break the stereotypes. Thus, challenging one such notion, some actors have admitted to having survived on their wives' earnings at one point in their life. So, without further ado, let's have a look at some of these actors.

Recommended Read: When Shashi Kapoor And Wife, Jennifer Kendal Started Selling Their Assets As They Had No Money 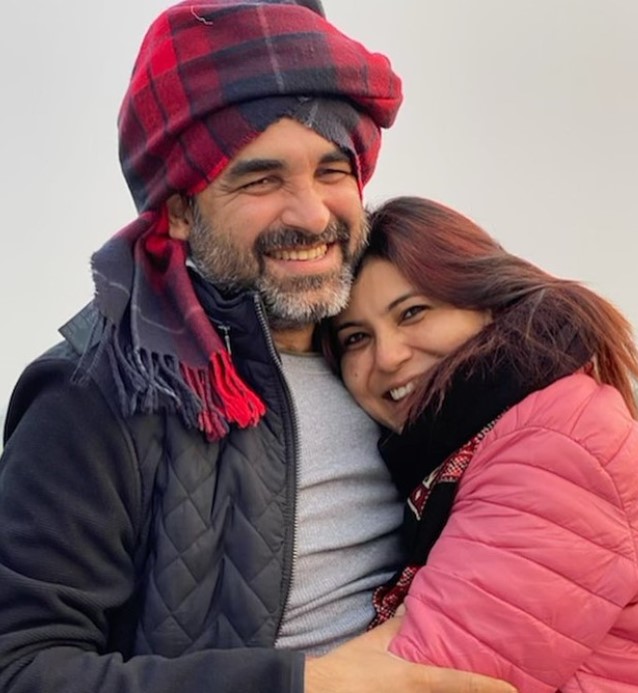 Bollywood actor, Pankaj Tripathi is a well-known face in the Hindi film industry as he has made a name for himself with his unconventional roles. He is known for getting into the skin of the character, leaving us mesmerised with his acting chops in projects like Mirzapur, Gangs Of Wasseypur, Criminal Justice and many others. However, the journey to stardom was not an easy one for him as he didn't get work for eight long years after his marriage. Thus, he survived on his wife, Mridula Tripathi's earnings and did all the household chores while she went to work. 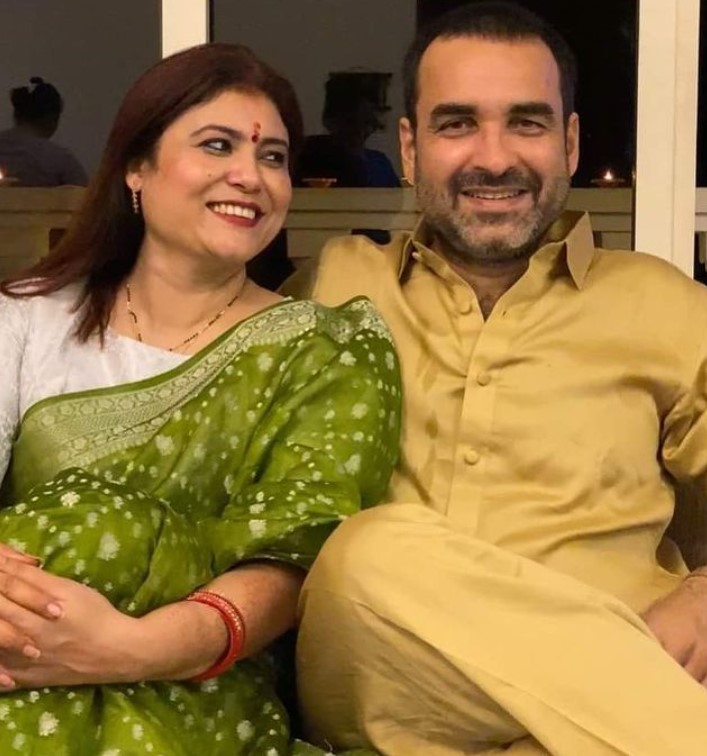 When Pankaj Tripathi was following his passion for acting and struggling to become an actor, it was his wife, Mridula, who became his pillar of strength by happily taking all the financial responsibility. She started working as a school teacher to support their family. And being a doting husband, Pankaj often credits his wife for being a successful actor today. Once in a conversation with The Better India, Pankaj Tripathi said: The 'King Khan' of Bollywood, Shah Rukh Khan needs no introduction as he is one of the most sought-after stars in the Hindi film industry. He etched a place in our hearts with his brilliant acting skills in the films, Kuchh Kuchh Hota Hai, Don, Happy New Year, Om Shanti Om, Kabhie Khushi Kabhi Gham, and many others. Shah Rukh Khan is the heartthrob of many people across the globe. However, the actor had fallen in love with Gauri Khan and started his forever journey with her. The couple is blessed with three kids, Aryan Khan, Suhana Khan, and AbRam Khan. 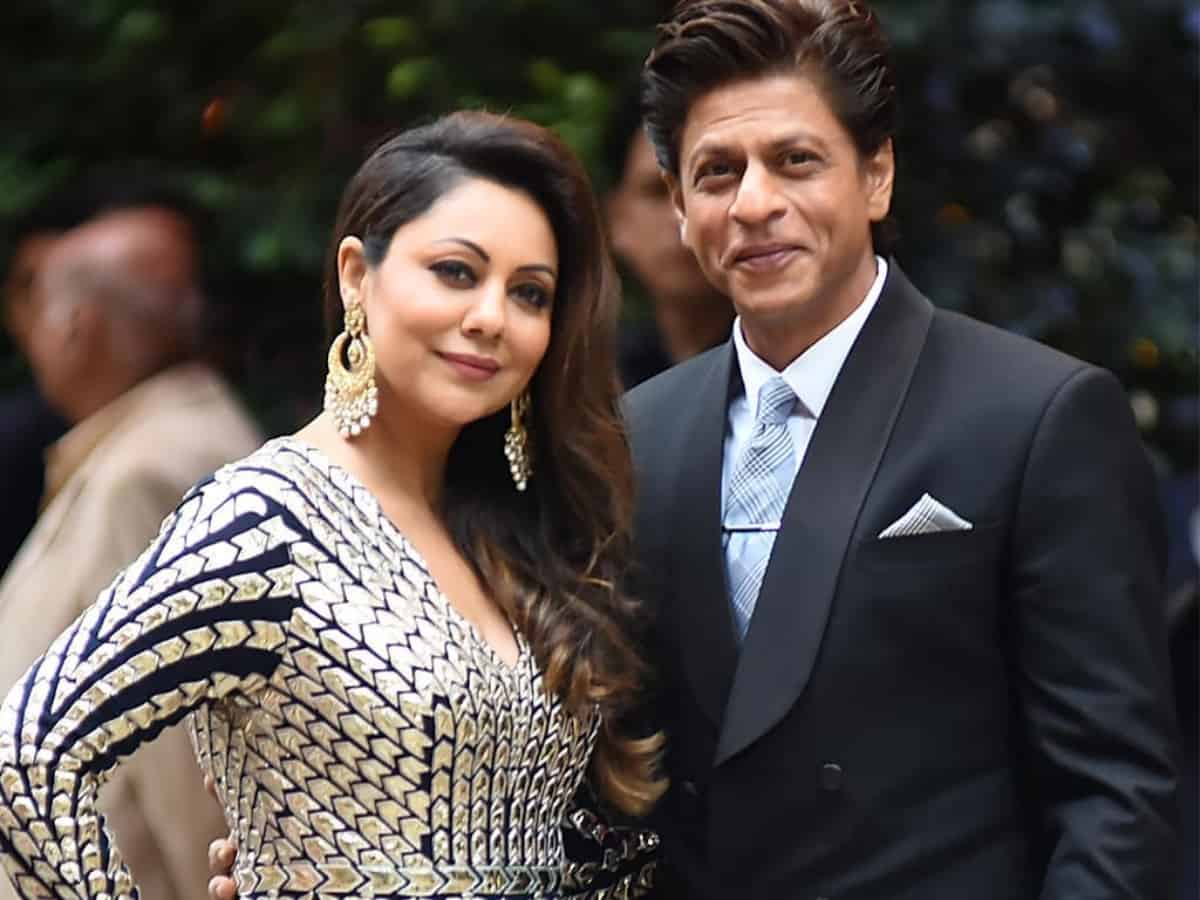 Shah Rukh Khan, who has been ruling the silver screen for decades now, was just a struggling actor in his initial days in the industry. While he was not making money, his wife, Gauri had taken the responsibility of funding the family. Later, SRK had once revealed to Karan Johar that his wife, Gauri Khan was the only earning member in their household during the pandemic. Elaborating on the same, the doting hubby had stated:

"Since we have gone into this pandemic, the only family member who is making money in this house is Gauri. My chartered accountant called and said 'Why don't you learn something from your wife? She is the only profitable member right now in the house.'" 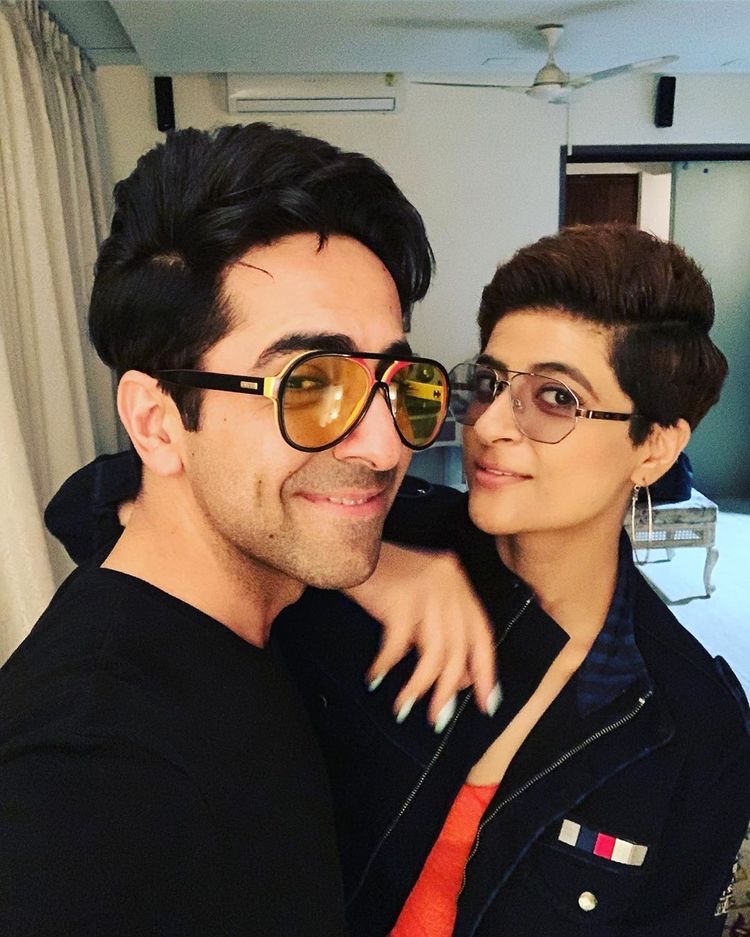 From working as a Radio Jockey to winning a television reality show and then making a smashing entry into the Hindi film industry, Ayushmann Khurrana's journey in the Hindi cinema has been inspiring. Despite having no connections in B-Town, the actor made his acting debut in 2012 with the film, Vicky Donor, and the rest is history. Later, he stunned everyone with his performances in movies like Dum Laga Ke Haisha, Shubh Mangal Saavdhan, Badhaai Ho, Andhadhun, and Article 15. But it is Ayushmann’s wife, Tahira Kashyap, who has been his pillar of strength.

While Ayushmann Khurrana is counted as one of the most bankable actors in Bollywood today, he was still a struggling actor when he got married to Tahira Kashyap. He did a lot of odd jobs to make ends meet, while his wife, Tahira too worked as a teacher in many colleges. There were times when Ayushmann struggled for work and had to depend on his wife's earnings for his survival. In an interview with Mid-Day, the Meri Pyari Bindu actor shared:

“When I got married, I had no money. Tahira has been doing better than me professionally for the longest time. She was gutsy enough to marry a man just for love and have faith in his talent. She is a rockstar; she was a professor, had her own PR firm in Chandigarh. She was also the programming head of a radio station in Punjab. She supported me in every possible way. I was a struggling actor, which is often a gamble. Most men in India aren't secure enough to be comfortable with such an arrangement. But a man, no matter where he comes from, could always trigger a change. If it's a patriarchal family, the dynamics are different. In my case, Tahira became the daughter in a household that had none.” Indian comedian, Maniesh Paul is well-known for making the audience go ROFL with his comic timing and hilarious banter. The 39-year-old actor has also proved his mettle in acting in various films including, Mickey Virus, Jugjugg Jeeyo, Tere Bin Laden and many others. He has also made us laugh out loud with his sense of humour and hosting skills. However, not many know that behind his successful career was his wife, Sanyukta Paul, who has been with him through thick and thin. 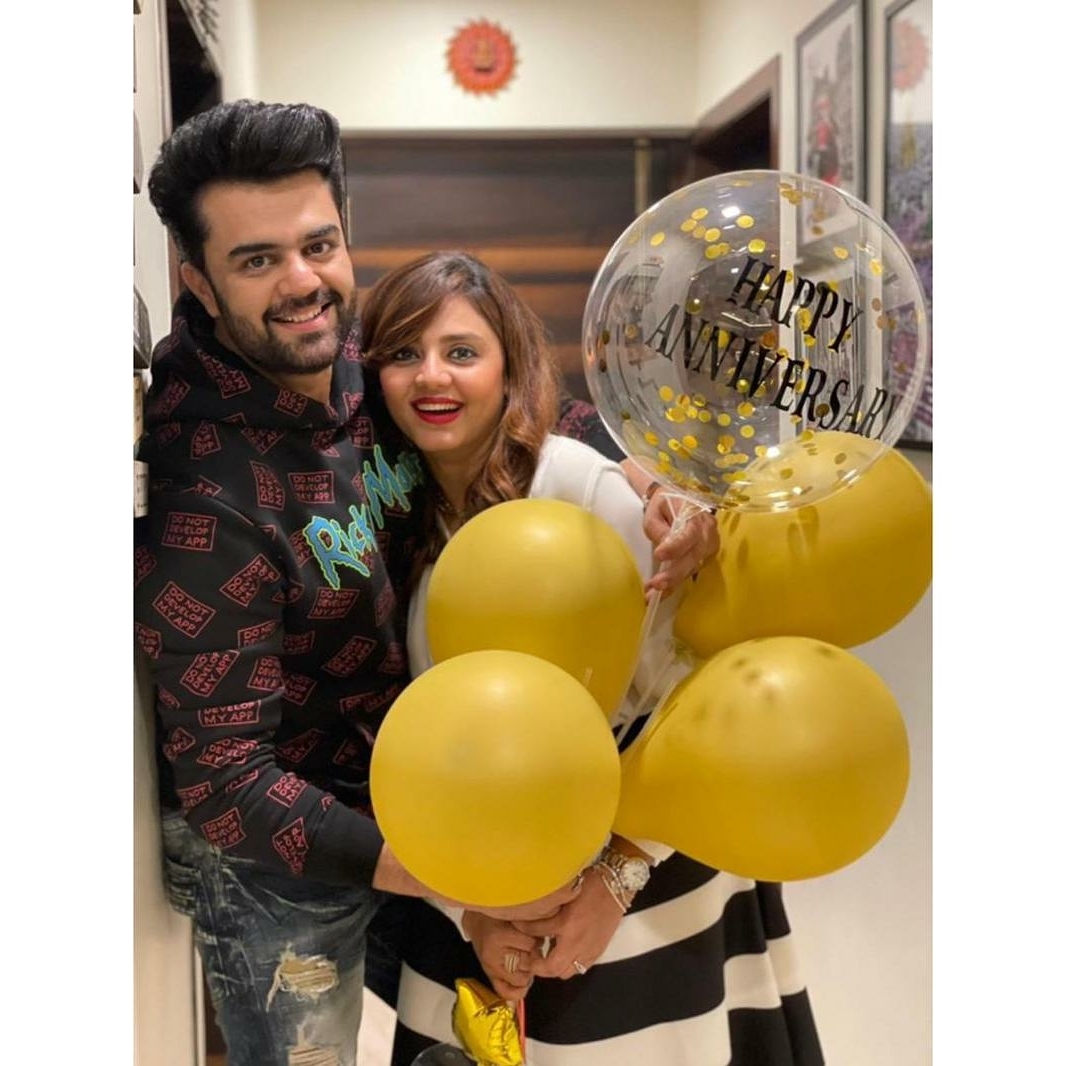 Maniesh Paul and Sanyukta Paul are childhood sweethearts, and they became each other's forever on January 29, 2007. Once, in an interview with Humans of Bombay, Maniesh opened up about the time when he didn't even have the money to pay the house rent and revealed how his wife, Sanyukta had taken care of all the finances. The actor shared:

"In 2008, I was jobless for a year–I didn’t even have the money to pay the house rent. But, Sanyukta took care of everything. She’d say, ‘Be patient–you’ll get a great opportunity soon.’And a year later, it did; I bagged a TV serial. Things started picking up–I went on to do reality shows and award nights." 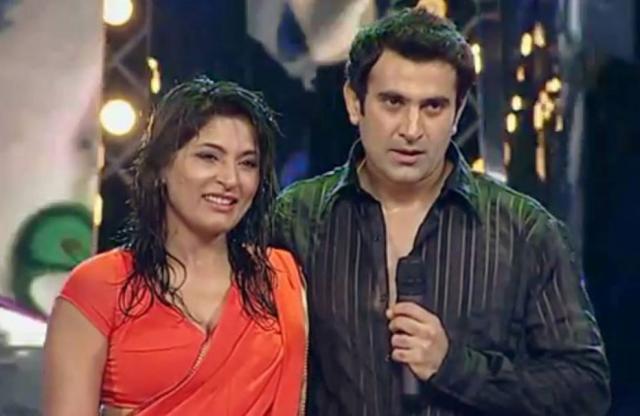 Popularly known as 'Mrs Briganza' from Kuch Kuch Hota Hai, Archana Puran Singh is one of the leading ladies in Tinseltown. She is popular for her unique laugh and entertainment stint on the show, The Kapil Sharma Show. On the personal front, she fell in love with actor, Parmeet Sethi, and despite a huge age gap, decided to tie the knot with him. Archana and Parmeet have been married for 30 years, and they are proud parents to their wonderful kids, Aryamann Sethi and Ayushmaan Sethi. 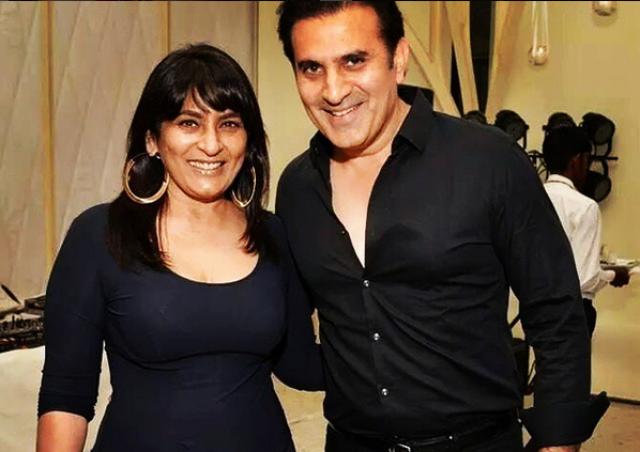 While Archana is a big name in the entertainment industry, her hubby, Parmeet is not as successful as her. However, he has no qualms about surviving on his wife's earnings as he totally believes that they are equal. Archana has been riding high on the professional front and living her life queen-sized, but her hubby, Parmeet has been missing from the silver screen. However, the couple is leading a happy married life with no regrets.

We respect these actors for showing the world that it's absolutely okay to depend on your wife for your survival in difficult times. They showed us what partnership and marriage mean in their truest self, and we totally love their bond with their better halves. What about you? Let us know.