Arbaaz Khan has once again become a fixture in the social media circuit. This time, for the hilarious moment that he has experienced with his girlfriend, Georgia Andriani.

After his divorce with Malaika Arora in 2016, actor-filmmaker, Arbaaz Khan found love again in an Italian model, Georgia Andriani. Arbaaz had ended his relationship with Malaika after living together for eighteen long years. The bold step of separation by the celeb couple, Malaika and Arbaaz had made headlines.

Well, talking about Arbaaz’s current relationship with girlfriend Giorgia, we can say that they are the showbiz couple these days and are often seen in the limelight partying and having dinners together. This time, his video with girlfriend went viral when they were stepping out of a restaurant along with his 16-year-old son, Arhaan Khan. The video is going viral for silly and funny reasons. Read on to know what has happened. (Also Read: Bipasha Basu And Karan Singh Grover's 'Pujo Twinning' Is Making Us Crush On Them All Over Again) 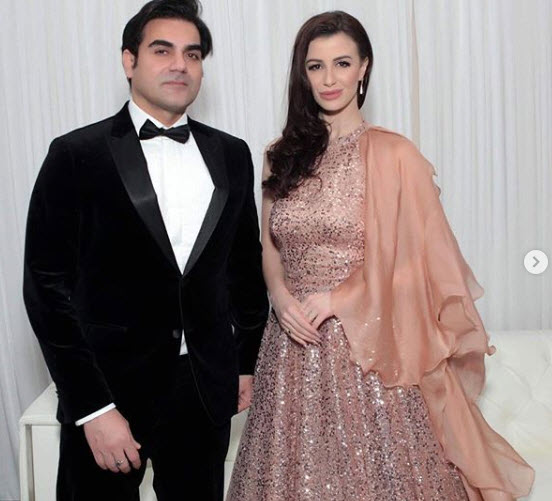 We can see that as Giorgia walked out of the eatery, she takes a left, away from the photographers while Arbaaz and Arhaan turn towards the right to their car. As Arbaaz looks around, he could not spot Giorgia and called out her name. However, even after hearing him she decided to simply keep walking the other way. (Also Read: Charu Asopa And Rajeev Sen's Dreamy Sangeet Teaser Is Out, Sushmita-Rohman Danced Their Heart Out)

In the video that is circulating around the web, we can see, model Giorgia stepping out and posing for the cameras as Arbaaz and his son Arhaan Khan follows her. After a while she walks away completely ignoring what’s happening behind her back. Moreover, she did not even get in the car with Arbaaz and Arhaan. Her boyfriend, Arbaaz Khan kept calling out her name but it fell on deaf ears. Who had thought that a simple hangout to an eatery would turn out so funny? Poor Giorgia has no clues about the funny situation it has become. 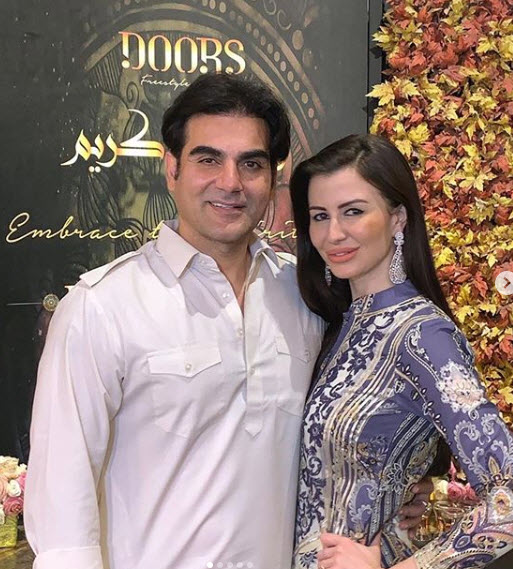 Arbaaz had certified his love as well as chances of getting married in an interview. In an interview to the Deccan Chronicle, the actor had said, "If I had to hide my affair, I would not have brought it in open. I unhesitatingly admit that Georgia is there in my life at this point in time. Somebody who I have at his time in my life is a friend who I am also dating. Where it is going to go? Only time will tell. Yes, undoubtedly, we are together." 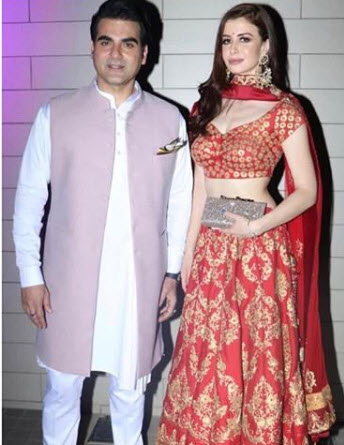 Though it was a bitter separation, Malaika had shared in an interview, “He has been very understanding and supportive of me. That was essential for me. My happiness matters the most to him and his happiness, to me. He has been instrumental in shaping my life. There were really no plans of being in another relationship, but things happened organically. We're now in a phase of our life where we need to give our relationship that respectability by acknowledging each other's presence." (Also Read: Divyanka Tripathi Dahiya Slams Media For Insensitive Reporting On Hubby, Vivek Dahiya's Health) 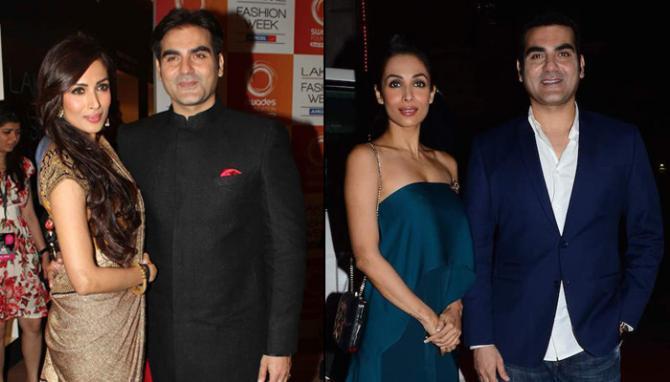 Arbaaz Khan had also talked about the positive changes he had experienced having Giorgia in his life. He had said, "When you are living alone, you tend to take life casually. You can either change for the better or probably for the worst. You can get addicted to a bottle or you may think that there is nothing left in your life. Fortunately, I was not in that mindset and my partner encourages me to remain positive and go ahead in life.” Arbaaz Khan is all praises for his girlfriend Giorgia Andriani in whatever she does. Giorgia had repost of her dance on Mohe Rang Do Laal from the film, Bajirao Mastani on Instagram. Her proud boyfriend took to Instagram to repost the video and captioned it, "Wah wah Giorgia Andriani.” Here is the video.

Talking about her divorce with Arbaaz, Malaika had shared in an interview on Kareena Kapoor Khan's show, What Women Want, "It’s never, ever easy, like no other major decision in your life. At the end of the day, someone has to be blamed. You always have to point fingers at someone. I think that’s the general human nature to go about things."

She had further added in the same interview, “If you are in an unhappy marriage and that’s what you decide to do you should do it with a lot of dignity, self-respect. Don’t let anybody tell you that you are any less of a woman. With me, I could sense that a lot of people were like, how the hell did you pull it off?" (Also Read: Hrithik Roshan Finally Reacts To Sister, Sunaina Roshan's Love Controversy, Says They Are Helpless)

Aren’t celebrities just like us? They too can end up in awkward and funny situations as common people do. Well, the only difference is that they are often caught on camera, like here in the case of actor Arbaaz Khan and Giorgia Andriani.