Arbaaz Khan's girlfriend, Giorgia Adriani, turned into a barber for him in her latest video on Instagram. Take a look! 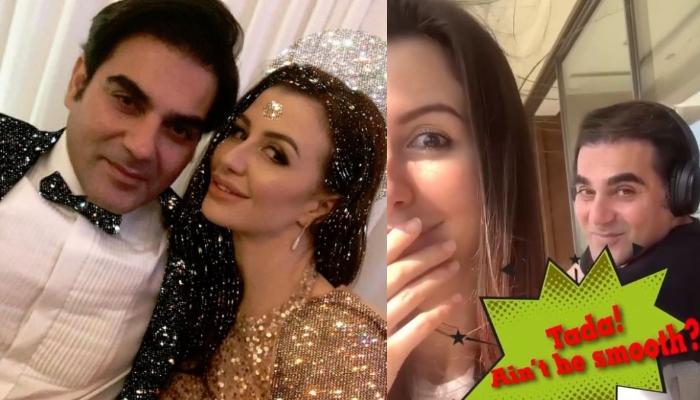 There’s a saying that no matter how old a relationship is, it can break at any point of time if you start taking it for granted. However, sometimes it’s better to get out of a relationship if things aren’t settling down despite a lot of efforts from both the partners. Something similar has been done by Bollywood’s ex-couple, Arbaaz Khan and Malaika Arora when they had announced that they’ve parted their ways after all these years of a successful married life. (Recommended Read: Jay Bhanushali Dances In Front Of His Kids When They Miss Their Playground Amidst The Lock Down)

It came like a disaster to many, but with time people find it understandable as seeing Malaika happy with Arjun Kapoor and Arbaaz Khan also smiling again with Giorgia Adriani, it seems like the perfect ending for a new beginning. Since then, we are witnessing their love-filled pictures on social media that tells us about their love for each other. Right now, like a lot of couples, both Arbaaz and Giorgia are in quarantine with each other, and a recent video shared by her actress tells us everyone about one of her inner talents.

On April 21, 2020, Giorgia Adriani shared a hilarious video with her boyfriend, Arbaaz Khan from their time together in quarantine. In the video, we can see her playing with a ball right at the start of it in her house. After which, she decided to make her day a little bit more happening, so she went to Arbaaz Khan, who is relaxing in the balcony with headphones on his head. Seeing him hypnotized in his music, Giorgia took the opportunity to ignite her inner barber as she went to the bathroom and comes up with the shaving cream and a razor. After which, we see a super-shinny Arbaaz giving a thumbs-up to the camera at the end of the video. Along with the adorable video, Giorgia wrote down a caption that could be read as “Being a barber or being barbaric!? What say? #Quarantine #Mood #Fun #Boredin the house.” Take a look. (Don’t Miss: Manoj Bajpayee To Celebrate His 51st Birthday With Wife, Shabana And Daughter, Ava In Uttrakhand)

For the uninitiated, the rumours of Arbaaz Khan dating Giorgia Adriani were on a high, when he had parted ways with his ex-wife, Malaika Arora. However, at the start, the two were quite mum about their relationship but after being caught-up by paparazzi on several occasion, the Actor had come forward in an interview with Deccan Chronicle and had revealed it all in front of everyone. Arbaaz had admitted that he is dating Giorgia but talking about marriage is something he doesn’t want to talk about right now. He had stated, “If I had to hide my affair, I would not have brought it in open. I unhesitatingly admit that Georgia is there in my life at this point. Somebody whom I have at his time in my life is a friend whom I am also dating. Where it is going to go? Only time will tell. Yes, undoubtedly, we are together.” (Also Read: Sushmita Sen's Daughter Alisah's Reply On Why She Loves 'Harry Potter' Will Melt Your Heart) 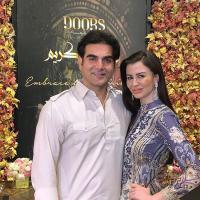 Do you think barber Giorgia has done a great job? Let us know! The famous song of Beatles from 1960, 'All you need is love, love is all you need', has become the mantra for young and not-so-young couples homebound amidst the COVID-19 outbreak. No, really! Who would have imagined that life will come to a halt because of a virus and quarantining will