Aparshakti Khurana Dances On An 80s Pop Song With His Dad, Recreating The Magic Of 'Disco Dancer'

Aparshakti Khurana Dances On An 80s Pop Song With His Dad, Recreating The Magic Of 'Disco Dancer'

Aparshkati Khurana recreated the 80s magic by dancing on a very popular number with his old man and we are watching the video on loop! 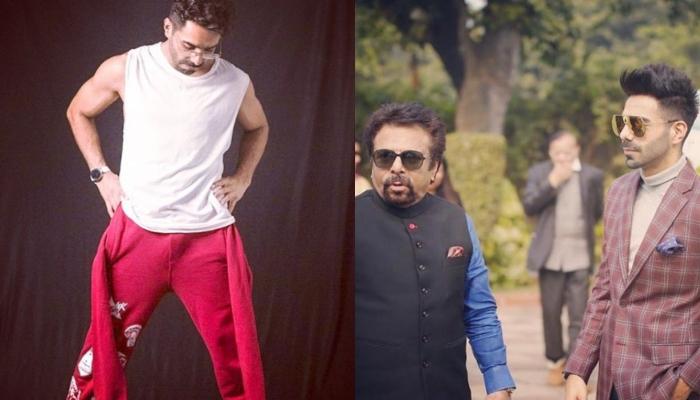 Who can forget the magic that those 80s pop tunes were? The songs that made our feet involuntarily move along the rhythm when they were played! Bollywood actor, Aparshakti Khurana recreated the 80s magic by dancing on a very popular number with his old man, and we have lost count of how many times have we watched the video. Scroll down to check it out! (Recommended Read: Aishwarya Rai Bachchan And Daughter, Aaradhya Bachchan Are Admitted To Hospital [Reports Inside])

On the occasion of Father's Day 2020, Aparshakti Khurana had taken to his IG handle to share a cute Boomerang video with his dad and his brother, Ayushmann Khurrana. He had also curated a sweet quote in the caption, wishing his father. His caption could be read as "Khurrrano ke Khurrrrana #PKhurrana #HappyFathersDay."

Aparshakti Khurana took to his IG handle to share a fun video of him having a gala time dancing to the tunes of 'I am a disco dancer' along with his father. The father-son duo looked so cute dancing on the 80s sensation, attempting to re-create the magic. This video will surely bring a smile to your lips! Aparshakti's caption, alongside the video, can be read as "Back to the '80s with my disco dancer! I decided to gift a #saregamacarvaan to my papa because he loves to get his party hat on and dance to these Bollywood classics! My papa is such a star, and we clearly had a blast doing the #RewindWithCarvaan challenge. Gift your loved ones and share your favourite #RewindWithCarvaan moments! @saregama_official."

Some days ago, Aparshakti Khurana had taken to his IG handle and had played a fun game with his father, called 'who knows who better'. They had to write the answers to questions about each other on a piece of paper and match them. The father-son duo had a blast playing that game and answering questions like, "What is Apar's favourite breakfast?", "What's the one thing you both agree to disagree about?", " Who is more likely to get into a fight?" and a lot more like these. Aparshakti had captioned the video as "The fun and the funnier Khurrana #PKhurrana #PapaKhurrana #AgedToPerfection Check out LBB and Jim Beam India's Instagram filter called 'Aged To Perfection' where there are more fun questions that you can play with your dad. You can find the filter on @lbbdelhincr and don't forget to tag us when you take the quiz! @lbb.india @jimbeamindia and #AgedToPerfection. @dhruv_bachan." Check it out below:

Aparshakti Khurana is a doting son, the proof of which we had seen in his subtle but sweet birthday wish for his dad, a few months ago. On the occasion of his father, P. Khurana's birthday, Apar had posted a picture of him with his dad and had written, "Looking up to you now and forever!! #HappyBdayPapa #MyDaddyCoolest." The father-son duo had looked dapper in black shades and formal attires. While Aparshakti had opted for a checked blazer atop a turtleneck, his dad had stolen the show having donned a waist-coat atop kurta. (You May Also Like: On Rajesh Khanna's 8th Death Anniversary, His Ex Anju Mahendroo Shares A 'Remember You' Post For Him) 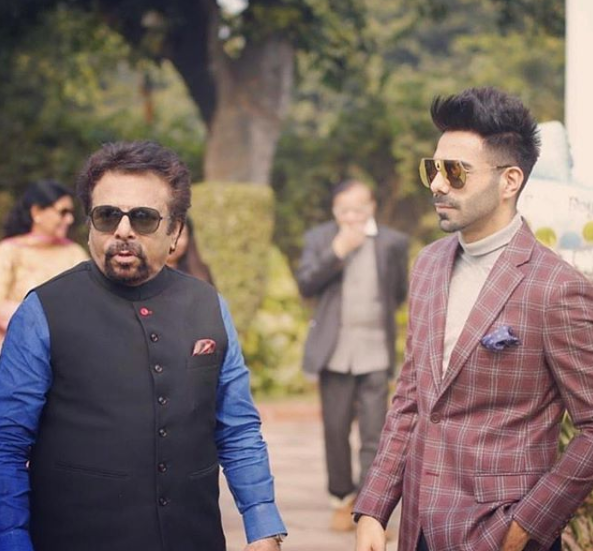 Aparshakti Khurana shares a fun camaraderie with his brother, Ayushmann Khurrna and their social media banters are unmissable. On April 26, 2020, Ayushmann Khurrana had taken to his Instagram handle to share his shirtless photo, wherein, he could be seen chilling in his balcony, showing off his hot bod while sipping his 'sattu shake'. Sharing the reason for his fit body, along with the picture, Ayushman had written, "Sattu powder mixed with buttermilk is a natural and a potent protein shake. Thanks, @luke_coutinho and @deepika_rathod9 for giving me this valuable recipe for lockdown." Aparshakti had commented on his brother's picture saying, "Uffff itniiii hotnesss kahan leke jaaaoge." (Also Read: Jwala Gutta Wishes Boyfriend, Vishnu Vishal On His Birthday, Actor Reveals The Best Wish He Received) 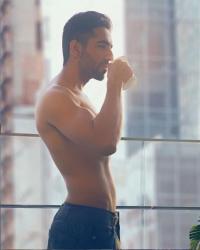 Did you like Aparshakti Khurana and his dad's video?