Veteran actors and ex-couple, Apara Mehta and Darshan Jariwala have defied all the stereotypes by getting married twice and later getting separated, to only remain friends for life. The two also have a daughter together. In the Hindi film industry, celebs are often seen dating other celebs. Few end up tied in the nuptial knot, few just part ways. However, it breaks our hearts when we hear celebs parting ways after their marriage. Divorces come with irrecoverable emotions and things fall distantly apart. And when a celeb is concerned in these divorces, they come under the radar of everyone.

One such Bollywood couple who has defied all the stereotypes related to a divorce or separation, is veteran actor couple, Apara Mehta and Darshan Jariwala. How? Well, the most interesting bit in their personal and mutual life is the fact that they are separated but not legally divorced, they put up separately and yet are best friends to each other.

Savita Virani of the hit TV serial Kyunki Saas Bhi Kabhi Bahu Thi and Ranbir Kapoor’s father in the Hindi film Ajab Prem Ki Ghazab Kahani, got married in the year 1980. They got married again, a year later in 1981 for their parents wanted a grand scale wedding. They together have a daughter, Khushali Mehta.

When they got married, they were very young. Apara was 18 and Darshan 21. After marriage they became very close to each other, however; with time the marital bliss just faded away. They decided to start living separately in the year 2004. Soon, Darshan moved out of their Santacruz residence and started putting up in Andheri.

But they always remained good friends of each other. According to the Times of India, one of the couple’s close friends can be quoted as saying:

“Apara and Darshan have remained good friends even after their separation. The couple depends on each other a lot. Whenever Apara faces any problem, she turns to Darshan for help.”

Suggested Read: 8 Television Couples Who Are Good Friends Even After Break Up Or Divorce

In fact, when Apara’s father passed away in the year 2007, Darshan stood by her all through. Darshan, who was very close, to her father, would often text and they would continue talking for hours. According to the same source, it can be quoted:

“Darshan was very close to Apara's father. On the particular day, Darshan got very emotional and both of them were constantly messaging each other. It indicates that they may get back together again.”

It is an undeniable fact that when it comes to separation and divorce, children are the ones who become a binding factor. Same is the case with Darshan and Aparna. Their daughter, Kushali, is the reason they are still so close to each other. And in fact, she is also the reason as to why the couple stayed together earlier despite the recurring marital problems. The source, quoted above, can be stated here:

“After the birth of their daughter Khushali, they did not work together anymore. This is because they had decided that one of them would be there to look after their daughter. Both of them made an effort to keep Khushali away from their problems. Their daughter is one of the reasons why they are thinking of getting back together.”

Speaking about the plausibility of breaking the ice, Apara once said:

“We have always remained the best of friends and there has been no animosity between us. I would love to get back together. I won't say anything beyond this now.” 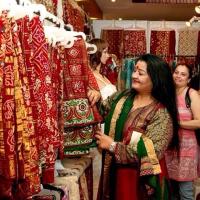 Talking about how personal life affects the professional, Darshan once remarked:

“When you experience any turmoil, as an actor you tend to watch yourself through the phase. This has helped me grow, as a person and as an actor both because then I know what it feels like.” 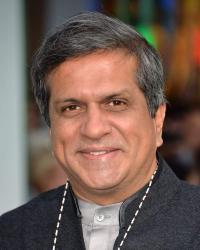 Well, here we’re! Isn’t this an amazing story? Two people sharing the common interest of acting, getting married twice and they never divorcing each other but be best friends to each other? We hope and pray that Darshan and Apara reconcile everything and comer together. What do you think? Do let us know in the comments section below.

Next Read: Actors Who Cheated On Their Wives With Other Women, But Were Still Accepted By Their Wives