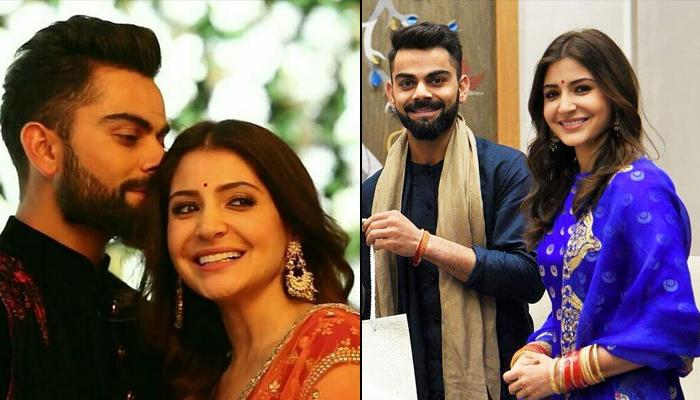 December 11, 2017 was a dream-come-true moment for Anushka Sharma and Virat Kohli. It was the day they got married and fans, well-wishers from around the world were filled with euphoria when the duo broke the news from their respective social media handles.

Since then, there has been no looking back for them when it comes to showing how much the couple is in love. From Virat kissing his engagement ring after gaining a score to Anushka blowing kisses to Virat after winning the match, the couple never fails to give us some super-adorable ‘awww’ moments! 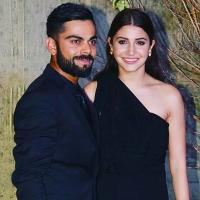 As per Mid-Day, Pari actor Anushka, who turns 30 on May 01, is planning to fly to Bangalore to spend birthday with hubby Virat. (Also Read: Virat Kohli And Anushka Sharma's Home Has A View To Die For, Virat Shares A Selfie From His Balcony)

Reports suggest that Anushka’s birthday won’t be a star-studded affair. She will spend her day with her hubby, close friends and Virat’s family, who will be allegedly flying from Delhi. 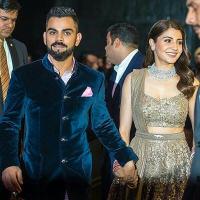 Speaking about Anushka and Virat’s busy schedule and not having enough of each other, a source close to the couple shared with the daily, “Anushka and Virat hardly get time with each other, given their packed schedules. So they decided to make the most of her birthday. Anushka will fly down to Bangalore on April 24 to spend some quality time with Virat. After spending a week or so in Bangalore, she will fly to the US for a one-and-a half-month-long schedule of Zero”.

Both Anushka and Virat are neck-tied in work but that doesn’t stop the both of them to give us serious relationship goals. While Anushka is juggling between Anand L. Rai’s Zero opposite Shah Rukh Khan, Katina Kaif and Sharat Katariya’s Sui Dhaaga with Varun Dhawan, Virat on the other hand, is busy with IPL 2018. 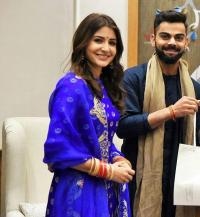 While both of them are back to their respective fortes, Anushka makes sure that she does every bit to keep her hubby motivated. Recently, Anushka had posted an endearing picture from her vanity van with an encouraging message for Virat and the entire Royal Challengers Bangalore (RCB) team. See the picture below: 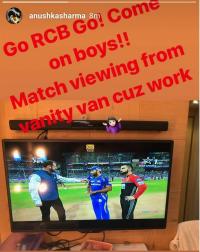 And yet another posted by Anushka in February when Virat was playing his first ODI against South Africa: (Don't Miss: Ranveer's Comment On Deepika's Name Being In The 100 Most Influential People List Stole Hour Hearts ) 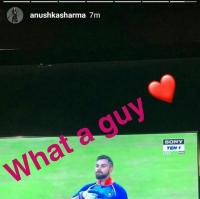 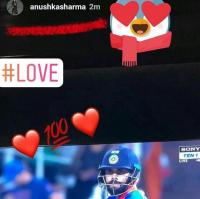 Rumours have it that Anushka is playing a scientist in Zero. She visited the US Consulate in Mumbai with co-star Shah Rukh Khan and her director. It is also said that a few of the last scenes of Zero will be shot in US Space and Rocket Centre in Huntsville. The film is slated for a December release.

Anushka, we can’t wait to watch the film and see what Virat has in store for you on your very first birthday post-marriage. We wish you a very happy birthday in advance!