Time and again, Anushka Sharma had rubbished her pregnancy speculations but still, the rumours don’t seem to fade away and the lovebirds are often surrounded with related questions in interviews. In the glam world, as soon as two people are spotted together, on a lunch/dinner date or just hanging out with friends, conjectures surround them about their ‘apparent’ relationship and in no time, they become the headlines. Then the lovebirds, who are enjoying their courtship period, are constantly prodded with questions of their marriage. And the ones, who have tied the knot and making the best of their married life, are scrutinised by the media every now and then to get the next ‘update’ on their lives, i.e., when the couple will embrace parenthood. Such has been the conjecture-filled journey of Virat Kohli and Anushka Sharma’s relationship. (Also Read: Deepika Padukone Has An Epic Response To Meme- 'Ranveer Singh Deepika Ki Maang Mein Chutney Bharega')

It was on December 11, 2017, when the world had witnessed the amalgamation of two stars, both being the best from their worlds, entering the bond of holy matrimony in Tuscany, Italy. It has been more than a-year-and-a-half since, and the fans have been waiting for Virat and Anushka to welcome junior Kohli-Sharma. A couple of months back, Anushka was snapped outside a clinic, dressed in a black top which she paired with super-comfy white and black striped pants, her hair tied in a neat ponytail and a pair of uber-cool glasses thrown around her eyes. And it had created a stir in the media, giving rise to the speculations about her pregnancy. 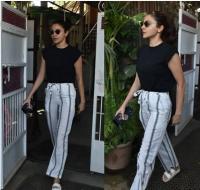 Time and again, Anushka Sharma had rubbished her pregnancy speculations but still, the rumours don’t seem to fade away, and the lovebirds are often surrounded with related questions in interviews. Since Zero (which was released in December 2018), Anushka hasn’t signed any film, which had yet again, fueled her pregnancy rumours. In an interaction with Filmfare, Anushka rubbished them once again and said that this is because people are constantly trying to make something out of nothing. 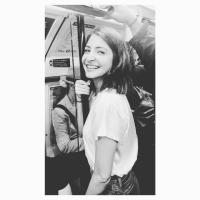 Anushka Sharma stated, “Yeah. If you're married then people ask, Is she pregnant? They love to read into something when there really isn't anything.” Speaking about the stereotype that exists amongst people to assume that when an actress gets married she’ll be pregnant, Anushka continued, “An actress gets married and the next thing they talk about it is, Is she pregnant? When she’s dating it’s like, Shaadi karne wale hai ki nahi? It’s crude. You should allow people to live their life. What’s the need to jump the gun? Then put someone in a position where they end up clarifying unnecessarily. What irks me is the clarification part. Do I need to clarify? Nahi! But then that’s how it is. Any actress, who gets married... sabke baare mein they’ve said something. Someone could be wearing clothes that are loose. That’s because they’re trendy. But they’re said to be pregnant. It’s like a monkey on your back. You can’t do anything about it. You just ignore it.” (Also Read: Sara Ali Khan's Ex-Boyfriend, Veer Pahariya Is Dating Her Friend From Their Common Circle [Details]) 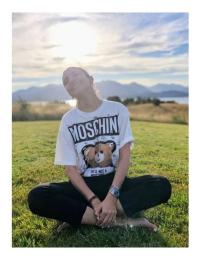 Revealing what it has been like in the last year-and-a-half with the love of her life, Virat Kohli, Anushka Sharma remarked, “I’m married to my best friend. I’m married to my confidant. I’m married to someone I love so dearly just because of the human being that he is. You talk about being misunderstood in life and then you meet someone, who understands you completely. Then the world doesn’t exist. So for him and me, when we’re together, the world ceases to exist. We find solace in one another because of the similarities we share as people. Even when we were dating each other, it was the same thing. I feel extremely happy because he’s my family.” 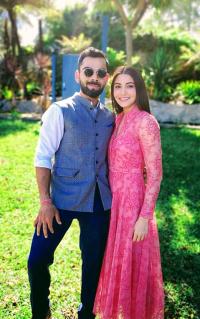 Apart from the pregnancy speculations, there were several reports in the media, each claiming a new story for the reason behind her break post Zero. Stating that it was a conscious decision, Anushka Sharma clarified, “That’s a conscious decision. I wanted to take a couple of months off after Zero. After I got married, it was like a whirlwind. I was back on the sets shooting for Sui Dhaaga: Made In India and later Zero. I was just working back to back. Whatever time I’d get, I'd try to balance and meet Virat. But I was feeling too worked up. I needed to take two months off. I told my team I don’t even want to read anything right now. It's important as a creative person to take time off but you deny yourself that. Of course, there’s pressure. You’re constantly asked, Kaunsi film sign kar rahe ho?” 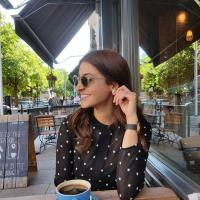 Clarifying the pregnancy reports, Anushka Sharma had labelled the conjectures as ‘absurd’ and ‘silly’, in a 2018 Hindustan Times interview. She had then stated, “That (spreading rumours) is something people will do anyway. It’s completely unnecessary and silly as you ultimately can’t hide such a thing. You can hide a marriage but not pregnancy. I feel every female actor goes through it, so people marry you off even before you are hitched and make you a mother before you are pregnant. I don’t pay attention to it, and just laugh these things off since I find them hilarious. When I read about such stuff, I think, ‘where do such absurd things come from?’ Right now, I’m literally working round-the-clock.” (Also Read: Priyanka Chopra's Birthday Cake Has 24K Edible Gold, Can You Guess How Much Did It Cost Nick Jonas?) 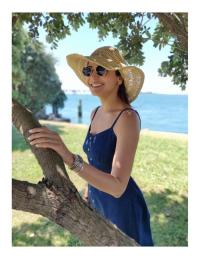 On the work front, Anushka Sharma has taken a break from acting and is currently focusing on the upcoming projects of her production house, Clean Slate Films. It has almost been a year-and-a-half since Bollywood superstar, Anushka Sharma and cricket maestro, Virat Kohli entered the bond of holy matrimony at Lake Como, Italy and we still haven’t been able to get over their wedding. Truly, Anushka and Virat’s wedding had set a whole new trend of minimal is