Actress, Anushka Sharma flaunted a black shoulder bag from Prada on a lunch date with hubby, Virat Kohli. The bag is sure to burn a hole in one's pocket.

Anushka Sharma and Virat Kohli are one of the most loved couples, and their camaraderie never fails to paint the town red. Apart from setting some major couple goals, the duo is also a pro at nailing the outfits and accessories that they carry. Anushka's wedding lehenga was such a hit that dupe copies of the same were available at various sites. And the would-be brides had chosen that lehenga for their D-day, like anything.

To be honest, Anushka's charming on-screen presence, her off-screen demeanour and her candidness on social media make her stand out in the crowd. This also makes her one of the most talked-about actresses of all time. Adding to it is her stunning fashion and style sense, which makes her top the best-dressed celebrity charts. 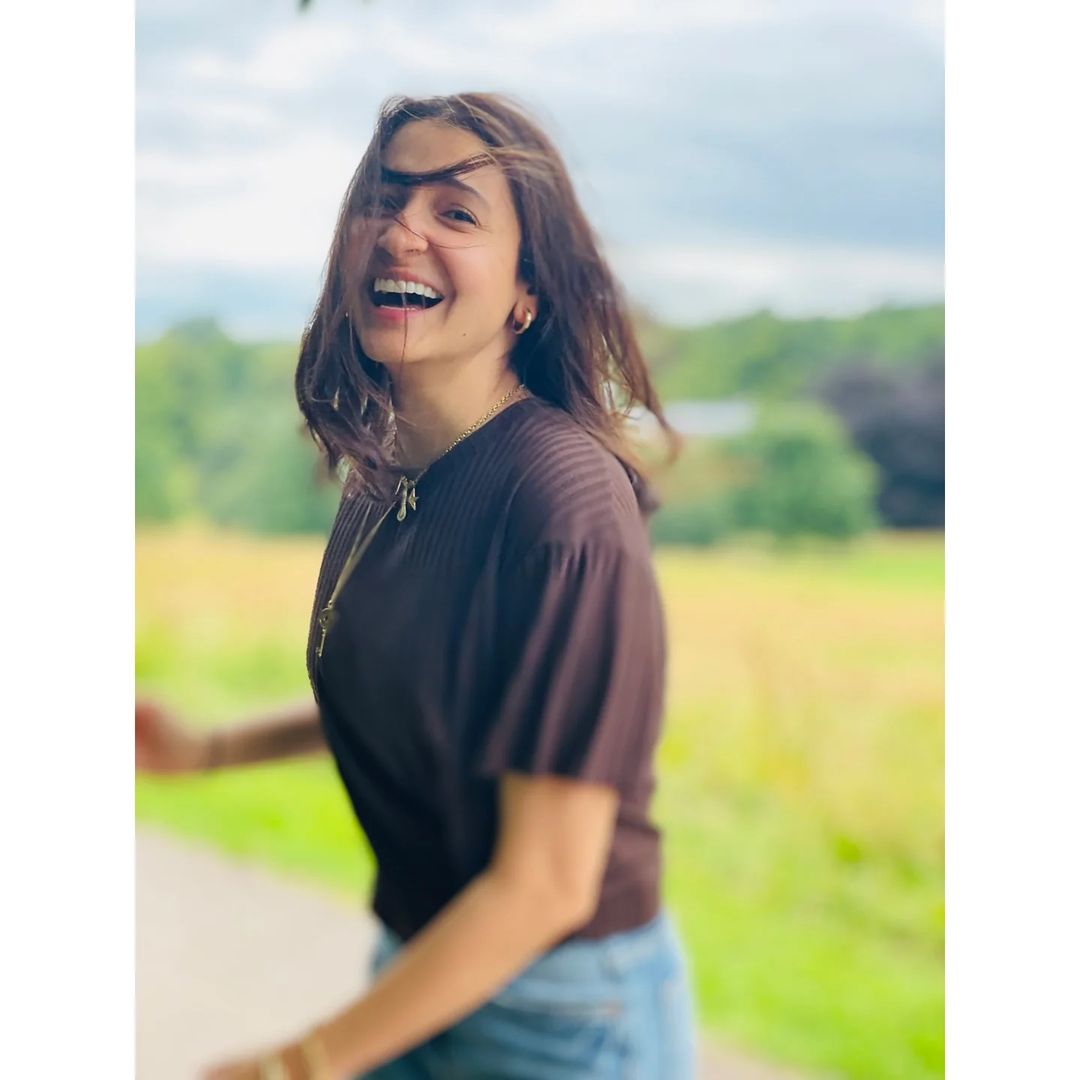 On August 18, 2021, Anushka Sharma and her cricketer-husband, Virat Kohli, were out on a lunch date to a vegan cafe. Though neither Anushka nor Virat shared any picture from the restaurant, the duo was clicked with the chef of the restaurant. And that's how the picture made it to social media. In the picture, Virat Kohli was sporting a salmon pink T-shirt and grey joggers along with white sneakers. On the other hand, his actress-wife, Anushka Sharma, looked ravishing in a knitted button down cropped sweater that she paired with blue denim and white shoes. She masked up along with Virat and kept her look casual and comfy. However, what caught our attention was the hand-cum-shoulder bag in the actress' hand. The bag is from the luxury brand, Prada and is priced at $ 1,390 on the brand's website. When converted to Indian currency, the bag costs Rs.1,03,235.

Suggested Read: Sonali Bendre Stuns In A 20 Years Old Jacket By Rohit Bal As She Revamps It For 'Super Dancer 4'

This is not the first time that Anushka Sharma has turned heads with her super-expensive belongings. In 2020, on Virat Kohli's birthday dinner, Anushka had donned a black boho dress with pretty floral embroidery on it. Anushka Sharma had given several eye-catching maternity outfit goals, and her pick for the romantic date night on her hubby, Virat Kohli’s birthday was no different. 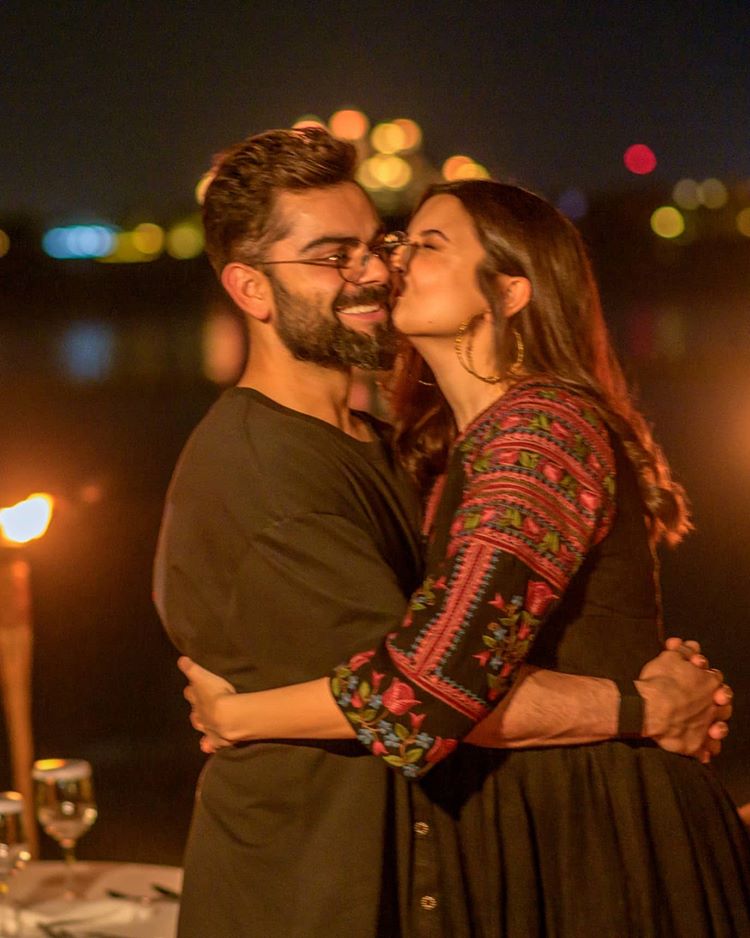 With a buttoned-up front and contrasting thread work all over the sleeves, Anushka’s black dress by Shruti Sancheti was accessorised by oversized hoop earrings and bold red lipstick. Revealing details of the outfit, the official page of Shruti had written, “A picture of bliss @anushkasharma looking exquisite in our black embroidered dress from #pretline Transeasonal 2021 collection @pinnacle_by_shrutisancheti.” However, the cost of the dress had made it to the headlines once again. It was priced at Rs. 28,000 on the brand's official website. 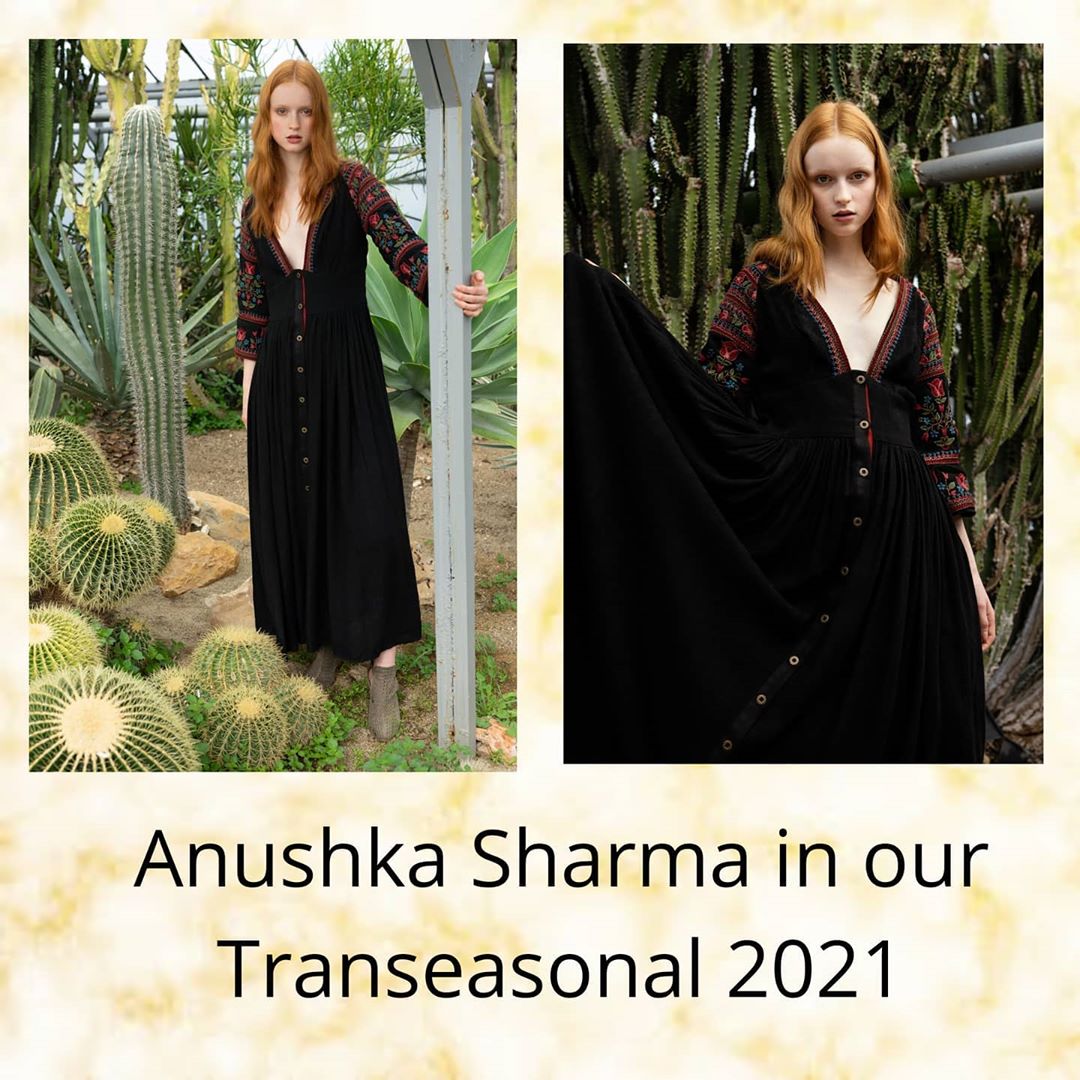 For the unversed, Anushka is currently accompanying Virat, along with their daughter, Vamika, in England.