'Shark Tank India' judge, Anupam Mittal's wife, Anchal Kumar is an actress by profession. Check out as we share with you some lesser-known facts about Anchal!

Indian actress-model, Anchal Kumar is enjoying her marital life with her husband, Anupam Mittal. After dating each other, the duo had tied the knot in 2013. The couple had welcomed their first child, a baby girl, whom they have named Alyssa, on December 16, 2017. Anchal often shares glimpses of her happily ever after on her Instagram feed and enjoys a huge fan following of 55.9K followers.

While Anchal Kumar is a popular actress, her husband, Anupam Mittal is the founder and CEO of Shaadi.com. Currently, he is seen as one of the judges on the popular Indian business reality show, Shark Tank India. He is getting love from across the nation, and his popularity has reached to a different level. However, not much is known about his gorgeous wife, Anchal, except the fact that she is an actress. Let's take a look at lesser-known facts about her!

Recommend Read: Shraddha-Rohan To Tara-Aadar: 9 B-Town Celeb-Couples Who Are Dating But Have No Plans To Get Married Indian actress, Anchal Kumar was born on October 24, 1979. She hails from Chandigarh, India and had done her schooling from Saint Stephens. She had always wanted to be a model and live the life of a glamourous star. She had made her debut in 2005 with the film, Bluffmaster.

#2. Anchal Kumar had started modeling from a young age From a young age, Anchal had stepped into the world of modeling. She was just seventeen when she had started posing for the camera. In the year 1999, Anchal Kumar had participated in the Gladrags Mega Model contest. She had not only won the title but had also bagged prizes worth Rs. 3 lakhs. Bollywood actor, John Abraham had also participated and won the same contest.

#4. Anchal Kumar is also an ex-contestant of Bigg Boss Anchal Kumar had also participated in the fourth season of the popular reality show, Bigg Boss. She was known as the silent girl inside the BB house. During her stint in the reality show, she had shared a great camaraderie with Mahesh Bhatt's son, Rahul Bhatt. 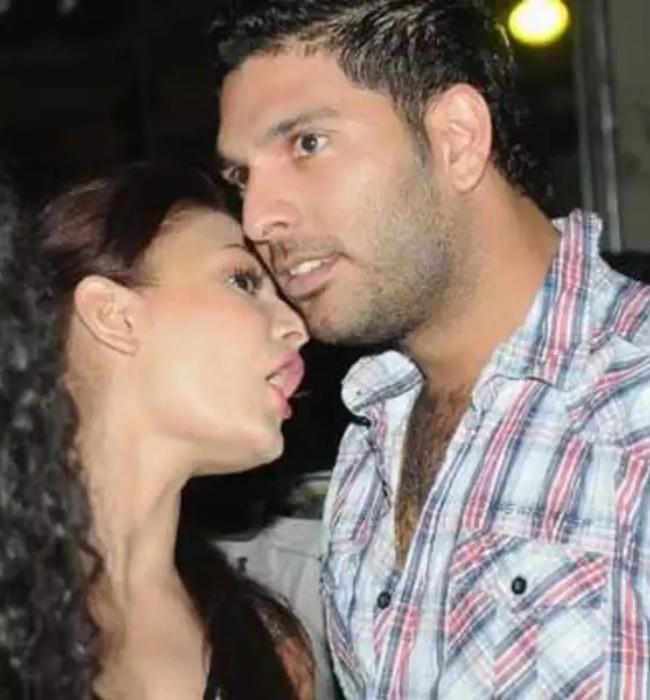 It was in 2010, when Anchal Kumar was linked up with her childhood best friend, Yuvraj Singh. Reports were rife that the duo were in a relationship. However, Anchal had denied dating Yuvraj and had called it a crazy rumour.

Well, Anchal is now living a happy life with her husband, Anupam and together they are raising their beautiful daughter, Alyssa.