Their romantic affairs, secrets, fantasies, the proposal tales and much more; the celebrity couples just couldn’t resist telling all when they had sat in front of the lady-in-white. We are talking about the bulletins of the star couples with none other than actress-turned-host Simi Garewal. So, do you remember the amazing episodes of Rendezvous With Simi Garewal where she smartly grilled the string of celebrities?

There were celeb confessions and charming secrets that had enthralled us in the past. But now when we recall those, we find many who have made headlines with their separation. Shockingly, many of the couples who appeared like a match-made-in-heaven on the show have called it quits. Let’s rewind the happier times of some of the most famous pairs who had an amazing Rendezvous With Simi Garewal, but later chose to split. It was a heartening and tempting love story of actor Farhan and celebrity hairstylist Adhuna that we came to know through the showbiz lady Simi in 2003. She had Farhan peel away the layers of his personal life. The smart interviewer also made him talk about how he was terribly attracted to Adhuna and went chasing her. Everything from wooing the ladylove, to revealing their first meeting and a happy and healthy marriage was revealed. The adorable and content couple Farhan and Adhuna appeared on the show like a ‘perfect match’.

The happy husband Farhan spoke“We met at a nightclub through a friend of Adhuna. I immediately started chasing her.” 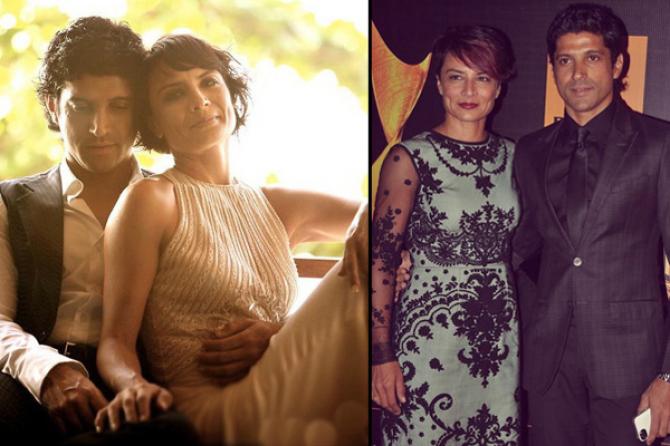 “Anybody who meets Farhan falls in love with him. Same with me.”

After 15 years of their lovely marriage, the couple has moved out of their love nest. They got divorced in 2016. After their legal split, Farhan was rumoured to be dating his Rock On! 2 co-star, Shraddha Kapoor, (read more) and Adhuna seem to have found love once again in Dino Morea's brother.

Also Read: After Ending 16 Years Of Marriage With Farhan Akhtar, Adhuna Is In Love Again 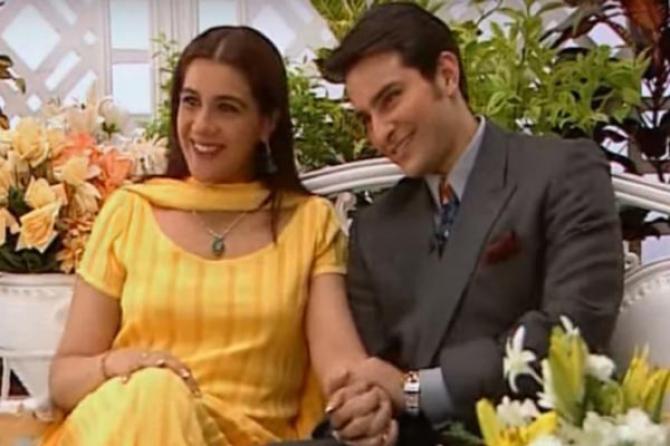 The hour-long conversation of chote Nawab and bubbly babe Amrita with the host Simi in 1999, beautifully looked back into their interesting and attention-grabbing love story. 21-year-old Saif Ali Khan and 33-year-old Amrita Singh made it official in 1991 when they said ‘I do’ in an Islamic ceremony. 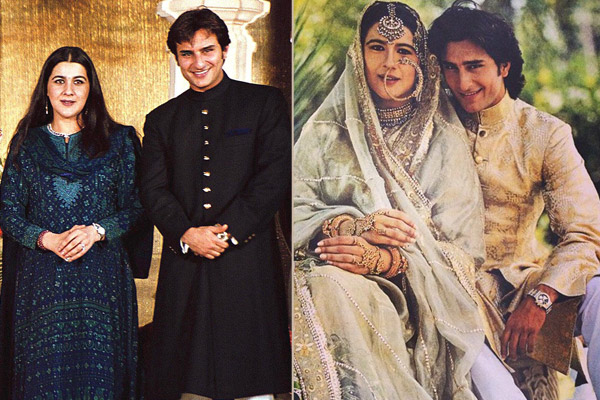 It seemed like nothing in the world could ever tear them apart. Saif and Amrita talked candidly about their warm and passionate love story which generally happens in movies. The duo admitted that they got attracted to each other in just one single day, the sparks flew and they tied the nuptials. They met for a dinner date at Amrita’s house and their love story started unfolding naturally.

Also Read: When A Royal Met A Regal, Everything You Need To Know About Saif And Kareena's Love Story This is what Saif said pouring his heart out, “Some sort of chord must have struck unconsciously between us.”

Talking about the magical evening and the first date with Amrita, he also added, “By the end of the evening we kissed each other.” 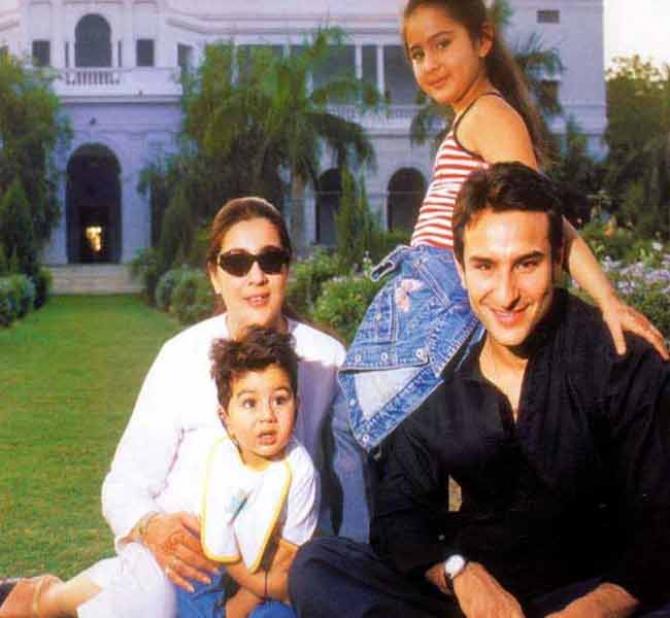 Amrita too opened up, “We dated for three months. I was so comfortable with Saif. I offered him my car that night so that he could come back to return it. In fact, I could do anything to get him back to the house.”

But unfortunately, the tides changed and the lovebirds bid goodbye to each other. After 13 years of marriage, the couple got divorced in 2004. They have two kids Sara and Ibrahim. Now, Saif is happily married to Kareena Kapoor and the couple welcomed a little boy, Taimur Ali Khan Pataudi on December 20, 2016 and Amrita Singh is still single. Many moons ago in 1997, the Rendezvous With Simi Garewal unlocked the relationship between Miss Universe Sushmita Sen and young filmmaker Vikram Bhatt. The jodi which was the talk of the town at that time sat cooped up next to each other. 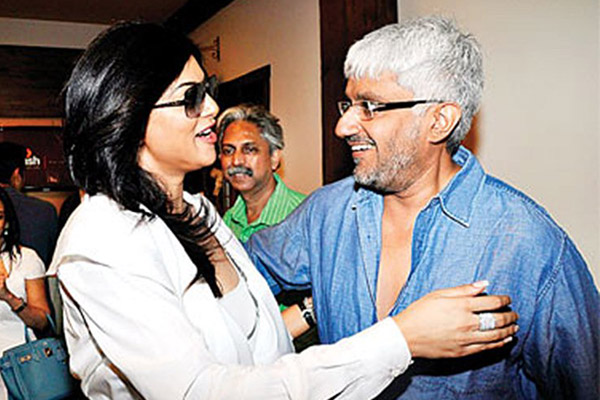 They talked to the host about true love, its hardships and how it passes the test of time. Their fondness for each other was wonderfully presented in the show. Sushmita professed her love openly and even spoke about the fact that the director was going through a divorce, when she met him and how she is still taking it slow for the faith and trust to build. When asked about being another woman, Sush replied, "The wife and him were not living together, and I cannot go around feeling guilty or make a person feel guilty if he had a bad marriage. I have nothing against his wife, family or daughter.”

Well, their romance might have given their fans major relationship goals, but today, things have fallen apart between them. The bonding started fading out and Vikram was in the news for his suicidal thoughts, the mess he has created in life and his regret. We still wonder as to what went wrong between the two. 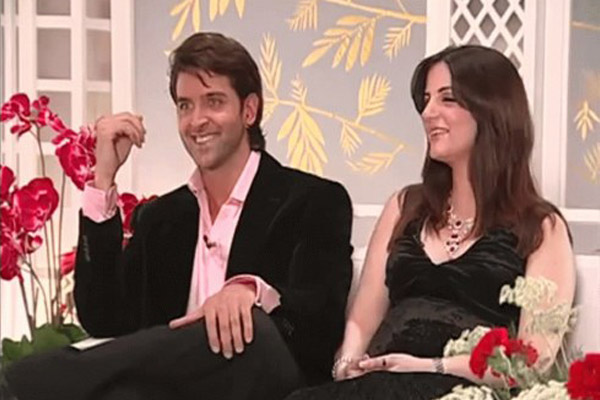 Hrithik Roshan and Sussane Khan had a hearty tete-a-tete with Simi Garewal on her show in 2006. They not only emerged as a power couple but also as an inspiration for all the couples in love. They started seeing each other during Duggu’s (Hrithik’s nickname) struggling days. The madly-in-love couple addressed their love at first sight story and how the cupid struck at a traffic signal. Eventually, they had their dream wedding in 2000 and they appeared on the show like rock-solid.

Deeply and truly in love, Hrithik said, “Let’s just say that if she was not there in my life, I would not have become an actor. She just had this faith that I lacked. She could see something I could not. She is perfect. She looks like an angel. I knew I could not live without her.” 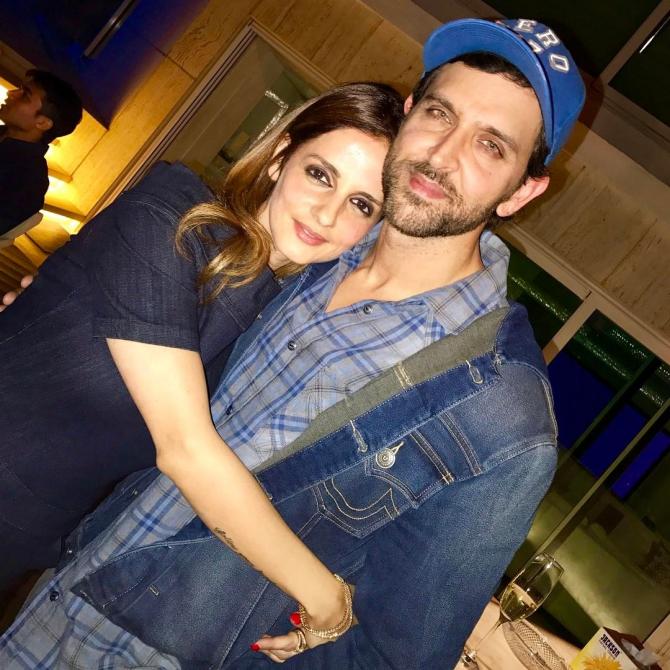 Sussane opened up, “From day one, we just connected.”

One of the rocking couples of Bollywood saw the trouble in paradise and broke many hearts by announcing their divorce in 2013. The duo who was all praised for each other got officially separated in 2014. 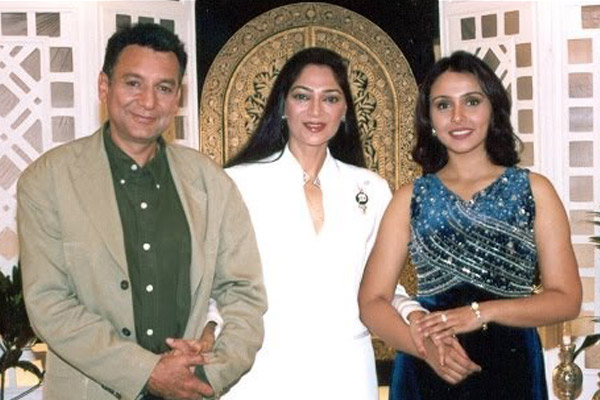 It was in 2001 that the beautiful hostess Simi Garewal doled out juicy gossip and a unique love story involving singer-actress Suchitra Krishnamurthi and ‘Mr. India’ director Shekhar Kapoor.

The cool couple had defied societal norms, the age factor (Shekhar is much older to Suchitra) and got hitched in 1999. The episode was a reflection of true love and the struggle of a couple to be committed to each other. 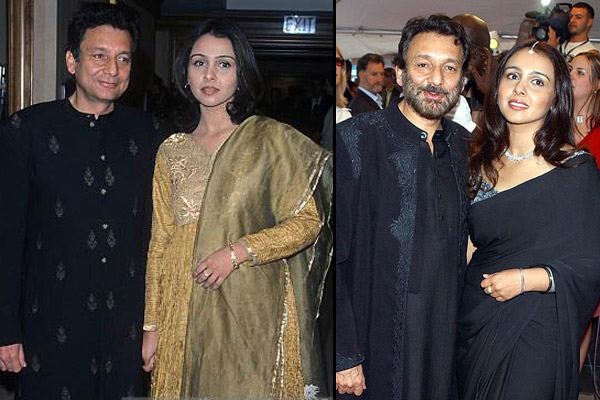 Professing his love, Shekhar Kapoor said, “Age is just a myth and that hardly bother us. Suchitra was very interesting to talk to and is pretty. I got married to her to get her permanent in my life”.

Suchitra too confessed her love saying, “Lucky that I have a man that allows and encourages me to have my own ambitions. As a wife I enjoy his success. But to me it’s equally important to have my own.” 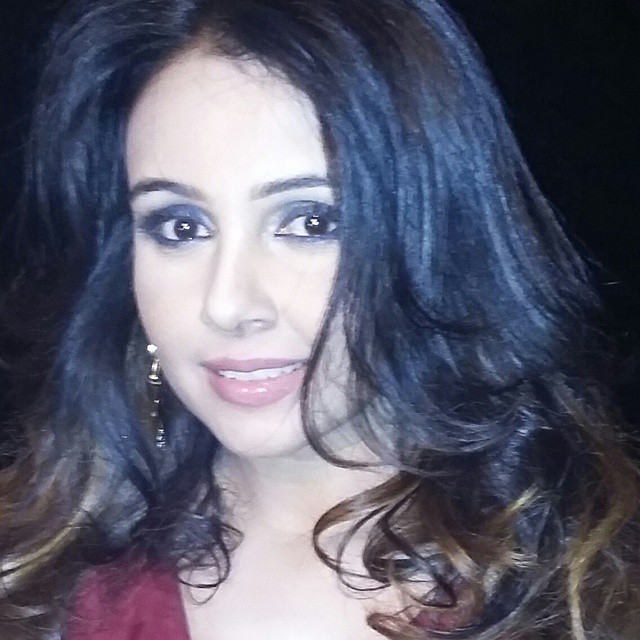 Suchitra also emphasised on her relationship by adding, “I would drop everything and run for him.”

So, this was a real-life story that will make you want to hold on to your love till the end of time. But as fate would have it, in 2007, the couple called it quits and got divorced. The couple who was seen discussing the concept of an ideal relationship is no more together. They even have a daughter from their marriage. 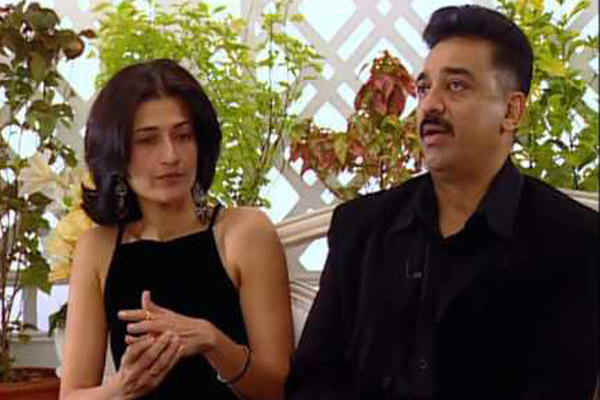 The exclusive interview of Simi Garewal with Kamal Hassan and wife Sarika was a kind of testimony to the fact that love conquers all. Kamal Hassan who was a rage in his times got married to a celebrated actress Sarika. They both have shared screen space too. Their romance bloomed against all odds; they have lived under the same roof without marriage and also had a daughter without wedlock. But they eventually got married and in 1988. In 2000, they casually opened up about their relationship and its ups and downs in Rendezvous With Simi Garewal. 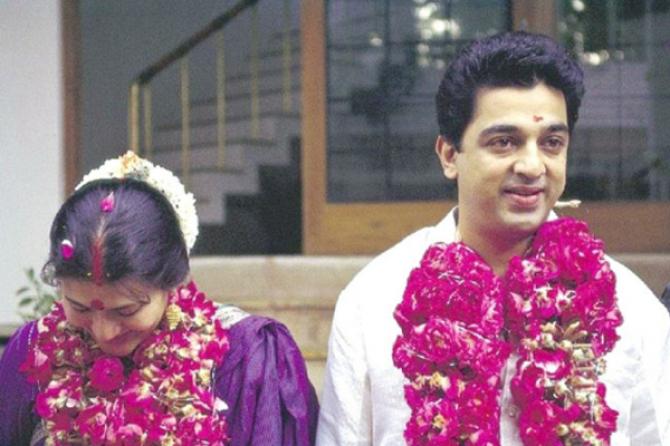 Talking about his someone special Kamal Hassan acknowledged, “There was a time when we were hungry for having a glimpse of each other.”

Well, we wonder where those butterflies have gone. When every scrap of your memory bears that name how is it possible to let go of that person. Kamal and Sarika have drifted apart and ended their 16 years of marriage in 2004.

Also Read: Kamal Haasan And Gouthami Part Ways After Being In A Live-In Relationship For 13 Long Years 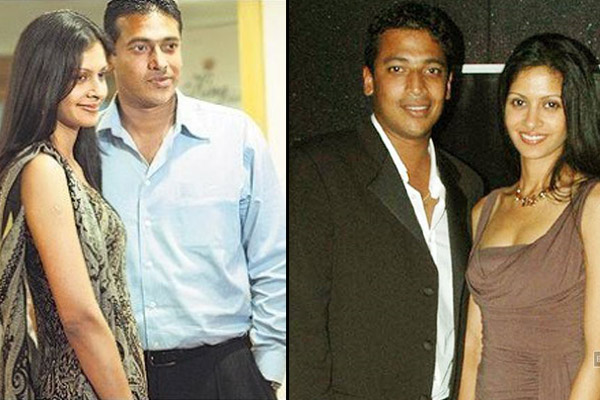 The cameras of the show rolled and explored the secret behind the personal and romantic life of Mahesh Bhupathi and Shvetha Jaishankar. Walking down the memory lane, Mahesh and Shvetha recounted how they met through a common friend and was bonded together by the sacred thread of love and marriage. The episode recorded in 2004 enveloped the smiles and blushes of the newly married couple. 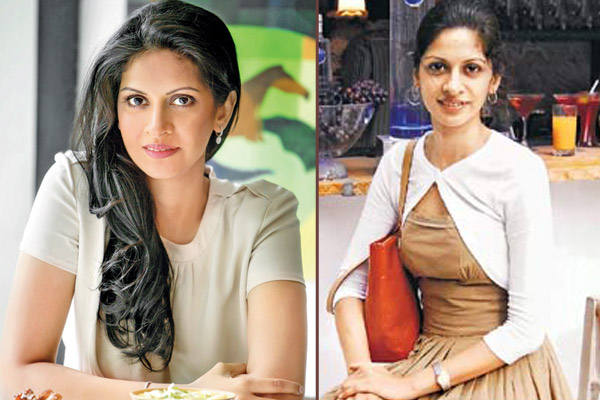 Shvetha recalled, “We met in Madras through a common friend. Mahesh is very humble. We got along very well.”

Mahesh recounted his love story, “We exchanged our phone numbers. I proposed to her on her birthday. We spent time over the phone for three months. My father was aghast. I asked him to put it down to long term investment." Mahesh spoke about Shvetha, “She understands me and my profession and the stress that I go through. It helps me deal with those.”

The tennis champ Mahesh Bhupathi married the Chennai-based model and Miss International 1988, Shvetha Jaishankar in 2003 and appeared on Garewal’s show just after a year. They looked like a match made in heaven on the sets but had a mysterious and tragic break-up in 2010.

It’s good to sneak peek into the lovely lives of celebrities and hearing about their blossoming and thriving love stories. But at the same time, it is sad to see the same couple having separate ways. We hope if anything like ‘miraculous union’ exists and the couples could be seen reconciling.