In a candid interview, Anshula Kapoor talks about her brother, Arjun Kapoor and his relationship with Malaika Arora. She also spoke about her bond with half-sisters, Janhvi Kapoor and Khushi Kapoor. 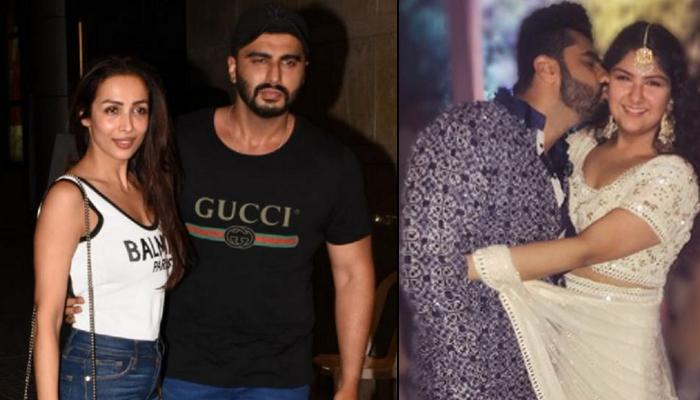 It was on August 1, 2019, Arjun Kapoor’s sister, Anshula Kapoor had launched her first venture, Fankind, which is a fundraising platform that brings fans, celebrities and charities together to create magical once-in-a-lifetime experiences and happy memories, that work towards the greater good. The Kapoor clan including Arjun Kapoor, Janhvi Kapoor, Khushi Kapoor, Anil Kapoor, Sanjay Kapoor, Maheep Kapoor, Rhea Kapoor, Antra Motiwala Marwah, Mohit Marwah, had taken to their social media handles to express how proud they are of her! (Also Read: Arjun Kapoor-Janhvi Kapoor And Entire Clan Are Proud Of Anshula Kapoor For Her First Venture Fankind)

Despite the fame and stardom, her family is bestowed with, Anshula Kapoor prefers keeping a low profile, away from the media glare. A graduate in Urban Studies from Barnard College of Columbia University, Anshula has taken a behind-the-camera path in her professional front, and with her new initiative, she has bagged a special place in every Kapoor fans’ heart.

Sometime back, Arjun Kapoor had made his relationship Insta-official with ladylove, Malaika Arora, and since then, he has been flooded with questions about the same and their marriage. Even Anshula Kapoor wasn’t spared from commenting on her brother’s relationship and in an interview with the Mid-Day, she got candid about a lot of things about her personal life.

Speaking about her relationship with brother, Arjun Kapoor, Anshula Kapoor said, "He is more of a parental figure than a bro. Sometimes I'm mothering him, sometimes he is." When asked to comment on his relationship with Malaika Arora, Anshula replied, "He's six years older than me. We don't really discuss these things. It's awkward." And her bond with half-sisters, Janhvi Kapoor and Khushi Kapoor, Anshula added, "If you ask me, it's like any other sibling relationship. We go for movies, dinners and hang at each other's houses. And if we're busy, then we just text. The rest of them hide it (love for sweets), I don't."

A few months back, Anshula Kapoor had appeared on a chat show, wherein she was quizzed about her least favourite amongst her brother’s ex-girlfriends. To which, Arjun’s sweetheart sister, Anshula had replied, “I have actually liked all his girlfriends. I am friends with all of his exes also.” (Also Read: Arjun Kapoor And Anshula Kapoor's Banter On Her 'Cute Mess' Throwback Picture Will Make You Go ROFL)

In an interview with Filmfare sometime back, Arjun Kapoor had revealed if he is waiting for little sister, Anshula Kapoor to get married first before taking the nuptial plunge with Malaika himself. Arjun had remarked, “I would like to believe that would be the nice organic thing to do. But, it's not so easy to pinpoint that.  If she likes... I would be very happy.  If she says, "No, I want to wait for a bit, I'll be okay. She believes in the institution of marriage and so do I.  Despite whatever we've seen in our lives, we both have faith that marriage is good. Let her make something out of herself. She's focusing on her work right now, so I've not had the marriage conversation with her. Thanks for reminding me, I will speak to her today.”

On June 26, 2019, Arjun Kapoor had turned 34 and Anshula Kapoor had taken to her Instagram handle to post a long heartfelt wish for him. Sharing a throwback picture of the birthday boy, Anshula had written, “Happy birthday bhai @arjunkapoor I love you the mostest. You will always be the most important person in my life. You’ve got the biggest heart I’ve ever known & I’m so grateful that I have you, that I’ve always had you watching over me. Thank you for your unquestioning love & for always just being present for me, in every way that counts - as a brother, as a friend, as a parent, as a goofball, as my backbone, as my shoulder to lean on, as the hand on my head.. Thank you for pushing me to come into my own, to march to my own beat without any questions asked, for making sure I never fall too far in that journey, and for showing me through example that even when I fall down, I must get up and keep going, with unwavering faith in myself and my beliefs. You are my home, and that will never change. Love you to infinity #MyMostFavourite #MyNumeroUno #WhenHomeHasAHeartbeat #HappyBirthdayBhai”.

In an interview with the Mumbai Mirror, Arjun Kapoor talked about his camaraderie with half-sisters, Janhvi Kapoor and Khushi Kapoor. Speaking about his and Anshula’s relationship with them, Arjun had said, “I am still discovering them, and I don’t like to speak too much about it as mujhe lagta hai ke nazar na lage. We were brought together by the worst of circumstances but we are trying to make the best of it. There is a long way to go before I can truly say that I know them inside out. We have a WhatsApp group that keeps us connected all the time.” (Also Read: Malaika Arora Talks About Her Marriage Plans With Arjun Kapoor, Says, 'No Marriage On The Cards')

We wish Anshula all the luck and success for her venture, Fankind! The misery of not having your mother by your side is the greatest pain one can ever feel in their life because she is the one, who gets crazy on your little victories and is your most loyal supporter. One actor, who is dealing with the pain of losing a mother