Ankita Lokhande and Vicky Jain are all set to tie the knot. Their pre-wedding festivities have kickstarted and the videos from the same are going viral.

Finally, the countdown for Ankita Lokhande and Vicky Jain's wedding has started and their fans are excited to witness one of the most-awaited weddings of the year. For the uninitiated, Ankita and Vicky's love story had started in 2018 when they had started dating and now, they are finally going to tie the knot. Moreover, their pre-wedding festivities have started with great pomp and joy, and the videos from the same are going viral on the internet.

On December 3, 2021, Ankita Lokhande and Vicky Jain’s family had hosted a pre-wedding puja for them. On December 6, 2021, the actress had taken to her IG handle to share an unseen video from the pre-wedding festivities. The video had featured snippets from their puja ceremony and the happiness on everyone's face was unmissable as the families had come together for a hawan. Sharing the video, Ankita had captioned it as:

Vicky Jain Gets Possessive As Karanvir Bohra Flirts With Ankita Lokhande, Asks Him To Back Off

A few moments ago, we stumbled upon a video from Ankita Lokhande's mehendi ceremony doing rounds on the internet. In the video, the bride-to-be looked gorgeous in rani pink-coloured ethnic wear as she beamed with joy while posing for the camera. She accentuated her look with a pair of statement earrings and a stone-studded neckpiece. Ankita couldn't stop dancing and the happiness was evident on her face. Moreover, her bridal glow was unmissable!

Earlier today, Ankita Lokhande had shared a mesmerising video on her IG handle. The video clip had given a sneak peek into her pre-wedding shoot with her husband-to-be, Vicky Jain. The pre-wedding teaser had featured Ankita and Vicky romancing on a yacht and amidst the sands of a desert. While Ankita had worn a white saree with a sleeveless blouse, Vicky had twinned with her in a white shirt and pants. Alongside the video, Ankita had written:

The wedding countdown for Ankita Lokhande and Vicky Jain's wedding has already begun. As the bride-to-be could not hide her excitement ahead of her much-awaited wedding, the actress had got her wedding nails done. On December 10, 2021, she had taken to her IG stories and had flaunted her nails in the Boomerangs. Ankita had preferred to keep her nails clear at the bottom and had got the tips of her nails painted in golden colour, going for a French manicure. Atop one of her Boomerangs, the bride-to-be had written: 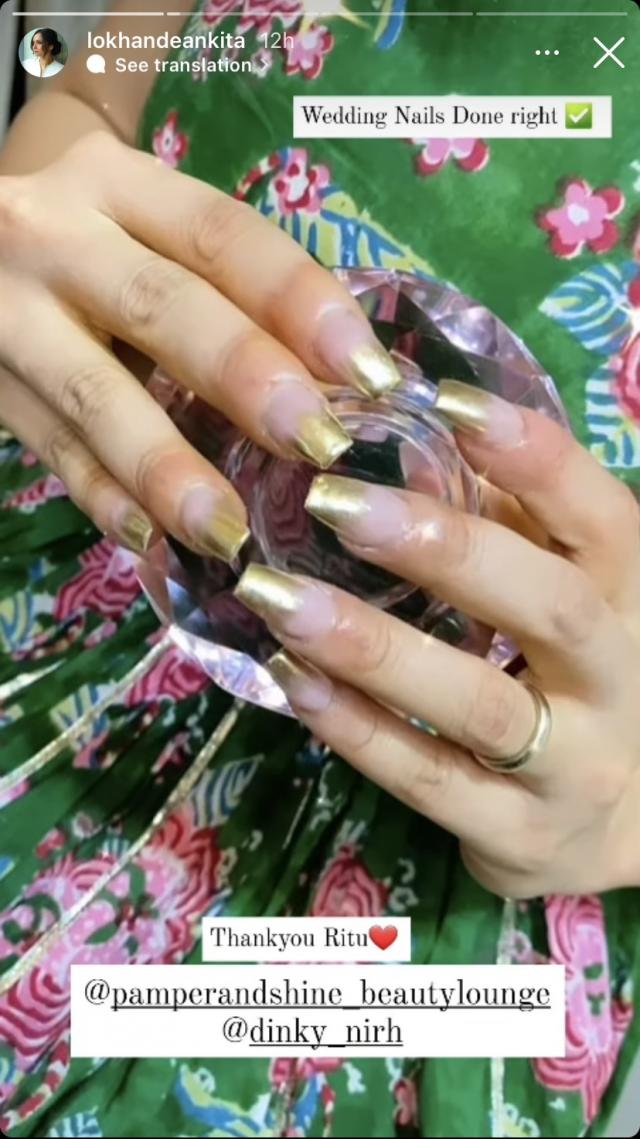 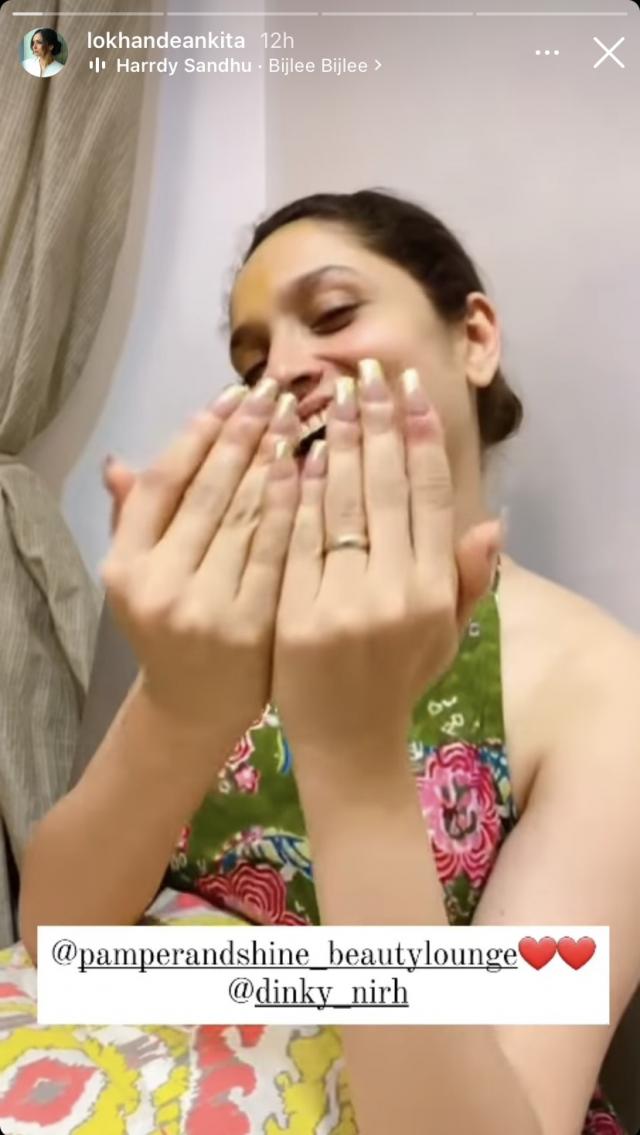 Ankita Lokhande and Vicky Jain had surprised their fans when they had shared glimpses from their pre-wedding function on December 3, 2021, thereby confirming the speculations of their wedding. The two had opted for traditional Marathi outfits and had looked like a Maharashtrian bride and groom with a Mundavalya on their forehead. The happiness was clearly seen in the pictures. While Ankita had captioned the picture as “Sacred”, Vicky had captioned the pictures in Marathi and had written: We can't wait to see Ankita Lokhande in the bridal avatar!