We got a video of Ankita Lokhande and Vicky Jain, where the actress can be seen scolding and teaching her businessman boyfriend some social media etiquette. Check out the video inside!

People tend to fall in love with those, who are the exact opposite to them, and we have witnessed this many times. This could possibly be because they tend to add up to the missing traits in each other, making their life as a couple more adventurous. Ankita Lokhande and Vicky Jain seem to be a couple from the same category as Ankita is a social butterfly, while Vicky likes to keep his personal life private. Even after being different, the two fit perfectly with each other. We got a video of Ankita and Vicky, where the actress can be seen teaching her businessman boyfriend some social media etiquette. (Also Read: Inside Pictures Of Sania Mirza's 34th Birthday Celebration, Gets A Surprise From Hubby, Shoaib Malik)

For those who don't know, Vicky and Ankita had met through common friends and soon had fallen in love. The rumours of their relationship had started doing rounds when Ankita had invited Vicky on her 34th birthday party and the pictures of the couple had made it to social media. However, the actress had tried to keep their relationship under wrap but as they say ‘pyaar chupaye nahi chupta hai’. Last year, Vicky had proposed Ankita in a filmy way. Vicky had become Ankita’s strength, when the news of her ex-beau, Sushant Singh Rajput’s sudden demise had broken out. Since then, we are in awe of Ankita and Vicky’s maturity level and loyalty towards each other.

Ankita Lokhande Is Delighted As Her Boyfriend, Vicky Jain Visits Her, Shares A Droolworthy Picture 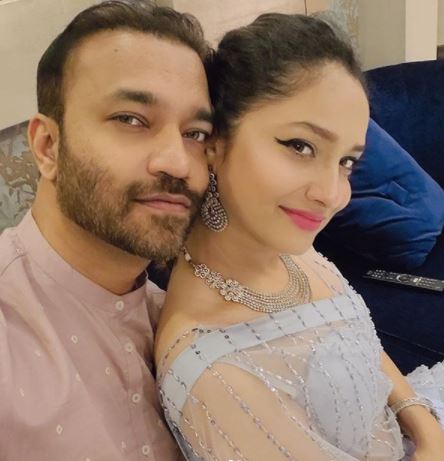 It was Diwali a few days back, and we are still in the hangover of it. Most of our favourite celebrities attended various Diwali parties and some of them hosted one at their home. Ankita Lokhande celebrated her Diwali with her boyfriend, Vicky Jain and her friends and shared a series of pictures and videos from the celebrations. Now, one of the videos from Ankita and Vicky’s Diwali party is going viral all over the internet. In the video, we can see Ankita looking gorgeous in a red ensemble and while wishing her followers, she ended up scolding her beau, Vicky for his social media etiquettes. Disapproving Vicky’s way of wishing, she scolded him and said, “You can't talk like this on social media." To this, Ankita’s friends also responded saying, 'Yeah, you'll have to teach him'. Take a look at the video below:

After Sushant Singh Rajput’s sudden death, Ankita’s beau, Vicky had to face the social media brunt with SSR’s fans asking him to leave Ankita. It was on November 2, 2020, that Ankita had asked for an apology from Vicky over all the criticism he had to face. Taking to her IG handle, Ankita had shared a monochrome picture with the love of her life, Vicky Jain where their chemistry was unmissable. Along with the picture, Ankita had written a long heartfelt note expressing her feelings for him and thanking him for his presence. She had also apologised to him for all the hatred and criticism he had to deal with because of her. She had written, “I can’t find the words to describe my feelings for you. One thing which come in my mind when I see us together is I’m greatful to god for sending u in my life as a friend, partner and as soul mate. Thanku for being someone who was always there for me. Thanks for making all my problems as yours and helping me whenever I needed you.Thankyou for being my support system. Most important thanku for understanding me and my situations And I am sorry because of me u hv face criticism which u don’t deserve at all. Words fall short but this bond is amazing I love you @jainvick.” (Don't Miss: Taimur Ali Khan Celebrates Birthday Of A Staffer With Parents, Kareena Kapoor And Saif Ali Khan) 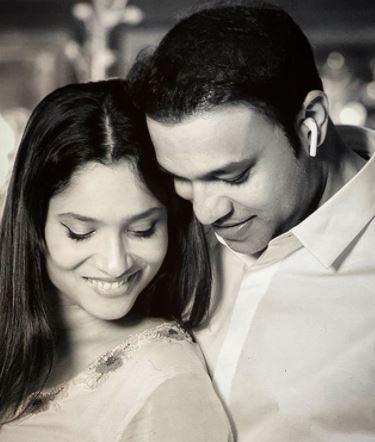 In a Bombay Times interview, Ankita had confessed her love for Vicky Jain and had said that there are no plans to get married anytime soon. Ankita had stated, "Love is really important for me because I believe in it. I believe in giving love to everyone, including my family, dogs and myself, and not just the person I get married to. Relationships are very important because that's the bond you share with someone and that's how love grows between people. Marriage has always been my dream. I have always wanted to get married. But at this point, my priorities have changed. I am really looking forward to more films." (Recommended Read: Neha Dhupia Says Women Shouldn't Feel Sorry For Talking About Breastfeeding, Shares Her Experience) Ankita and Vicky make for a perfect couple!