To mark the one-month death anniversary of Sushant Singh Rajput, Ankita Lokhande posted a picture of a 'diya' lit in the temple of her house and remembered the 'Child Of God'. 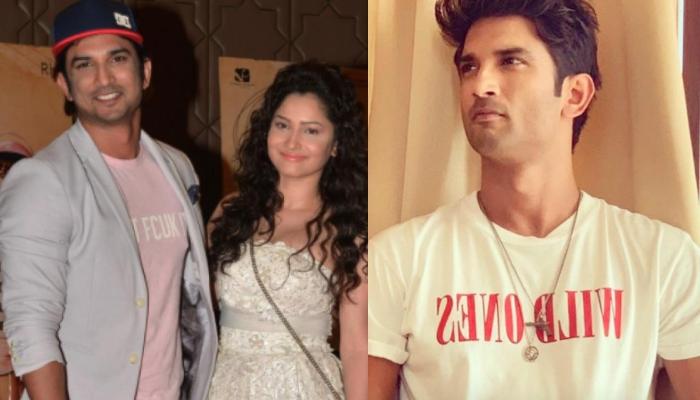 It was last month this day when we were hit with the biggest shock from the entertainment industry. In the afternoon of June 14, 2020, it was reported that Sushant Singh Rajput took his own life by hanging himself to death at his Mumbai residence and it has been a month but we are still not able to come in terms with the reality that our favourite star is no more. It is said that time heals everything but in this case, the untold story of SSR's demise has not allowed the pain to heal and his fans are urging CBI enquiry to unveil the truth behind his demise. (Also Read: Sushant Singh Rajput's Friend, Sandip Ssingh Talks About Ankita Lokhande's Bond With SSR's Family)

Just like Sushant Singh Rajput's fans, his family, friends, rumoured ladylove, Rhea Chakraborty and ex, Ankita Lokhande are too, shattered with his demise. The police interrogation has been going on from the past one month and everyone is being called to record their statements regarding his personal and professional life. Ankita is devastated with the news of SSR's demise by suicide and it is her friends, who had revealed that she is still crying and spoke about the relationship she had shared with her Pavitra Rishta co-star.

On July 14, 2020, one month has passed away since Sushant Singh Rajput had left us, leaving our Dil, Bechara! To mark this day, Ankita Lokhande remembered Sushant and prayed for the 'Child Of God'. Sharing a picture of a diya, surrounded with flowers in the temple of her house, Ankita wrote, "Child of God." This is the first time that Ankita had posted something in the last one month.

Since Sushant Singh Rajput's demise, his friends and family have been posting on social media and remembering the happy moments they had spent with the late actor. SSR's close friend, Vikas Gupta had posted a throwback picture with Sushant, Ankita Lonkhande, Pooja Gor and Raj Singh Arora, and had penned an emotional note remembering his 'carefree and tension-free' friend. Vikas had written, "This was the time when I saw him the carefree fun happy lad sushu was. He dint worry about anything. He could leave the number 1 show on Indian television and we could for weeks do nothing and make plans in chai coffee and discuss learning film making plans."

Revealing how Ankita Lokhande was always by Sushant Singh Rajput's side when they were in a relationship, Vikas Gupta had expressed, "I want to remember him as this grinning boy who was tension free cause tension Ankita ko dekh kar bhaag jaati thi #ankitalokhande you were the shock Absorber and wouldn’t leave him till he has the smile on his face again. #sushantsinghrajput #ankitalokhande #charumehra #poojagor #rajsingharora #niveditabasu sorry some of us have half faces in this one but I just had to put it cause look at him grinning and all of us showing our teeth #balajikebachey #pavitrarishta this is #HaPeace." (Also Read: Ankita Lokhande's Beau, Vicky Limits Comments After Receiving Hate On Sushant Singh Rajput's Death)

We hope Sushant finds peace and love that he was deprived of in this world!