After Separating From Sushant, Ankita Lokhande's New Found Love Is A Rich Businessman, Pic Inside!

After Separating From Sushant, Ankita Lokhande's New Found Love Is A Rich Businessman, Pic Inside! Sushant Singh Rajput and Ankita Lokhande were the most loved couple of Indian television. Their chemistry was sizzling and everyone wanted to see them get married soon! Their fans were even expecting a December wedding in 2016. But unfortunately, things took an ugly turn.

READ: Sushant Singh Rajput Reveals What Went Wrong In His 6 Years Of Relationship With Ankita

The much-in-love couple ended their 6 years of relationship in early 2016, and left fans shocked! Nobody ever expected that Ankita and Sushant will break up!

Recommended Read: 7 Famous B-Town Celebs Who Are Married For Long And Fans Are Excited For Their Kids 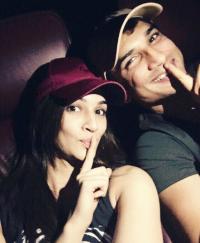 The two parted ways and soon the rumours of Sushant dating his co-star, Kriti Sanon started doing the round. On the other hand, heartbroken Ankita transformed herself completely! Her looked sexier and fitter than ever in her new avatar! 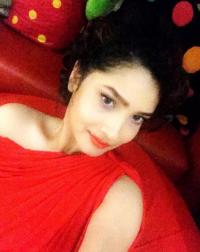 It has been almost a year that the two have taken the opposite roads. Although Sushant was linked with Kriti all this while, Ankita remained single! But now, it seems like Ankita has also moved on in life. (Checkout: Ankita Lokhande's Jaw Dropping Transformation Post Her Split With Sushant Singh Rajput) 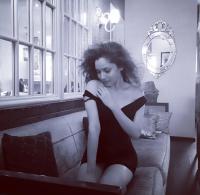 According to the sources, Ankita has found love again. She is rumoured to be dating a businessman from Raipur, named Vikas Jain. He is pally with many TV celebs and also co-owns the Mumbai team of the Box Cricket League. 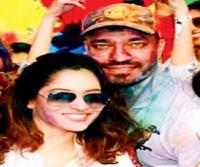 According to a report in Mid-day, the two met through common friends and soon fell in love.

"They have known each other from the past few years. They met through common friends from the telly world. But recently, the two have got close. That they are more than just friends was evident from their body language at a Holi bash last month. Vikas and Ankita often hang out together with common friends." 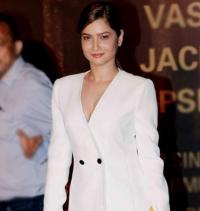 Talking about their closeness, the source further added:

"Vikas has also been spotted visiting Ankita at her Malad home. Considering that Ankita went through heartbreak just last year, she has been taking things slowly” 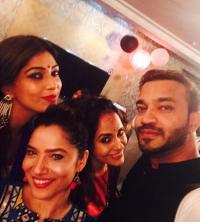 However, when Ankita was reached out by an entertainment portal Bollywoodlife, she strongly refuted the rumours. She was quoted as saying:

“The story is already out. What do you want? I am not here to give any quotes or explanations to people. I have friends. Jisko bhi friends banati hoon, date karne lagti hoon. There is no point in saying anything. I don’t want to give a damn to all this.”

“It has been one year I am tired of listening to my own things. I am dating this guy or the other. Whenever I date someone, it will be out from my side. It is ok (the constant rumours), I cannot help it.”

Recommended Read: After Ending 16 Years Of Marriage With Farhan Akhtar, Adhuna Is In Love Again

Interestingly, Vikas is the same guy who was dating actress Tia Bajpai in 2012. If there is any truth in the rumours, then we are very happy for Ankita! Congratulations Ankita and Vikas, waiting for the two of you to confirm the news!