Late actor, Sushant Singh Rajput's former girlfriend, Ankita Lokhande comes in support for his family and demanded CBI inquiry for him. Check out her video message! 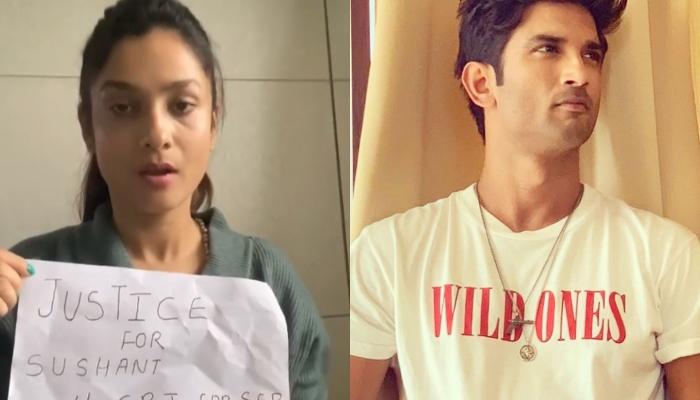 The entire nation is in unison demanding justice for the late actor, Sushant Singh Rajput. From his family to his friends and millions of his fans across the globe, are pleading to know the truth behind his untimely demise. Sushant had left for the heavenly abode on June 14, 2020, and since then, his fans are not ready to accept that he had died due to suicide, in fact, they are sure that he was murdered and gave tough fight till the end. The boy with the charming smile had left the nation weeping, and #Warriors4SSr is trending not just on the internet but in everyone's heart as they are fighting hard to get the Truth out. (Recommend Read: Taimur Ali Khan Meme Fest Begins Over Internet As Saif And Kareena Announce Their Second Pregnancy)

Sushant Singh Rajput's father, KK Singh had lodged an FIR against his girlfriend, Rhea Chakraborty. Now, even had accepted the CBI probe into the case. However, Rhea's plea of seeking transfer of FIR to Mumbai Police is yet to come. And more people have come out to demand the CBI investigation. 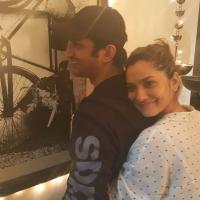 Sushant Singh Rajput's former girlfriend, Ankita Lokhande, who has been supporting his family from the start, shared a video message requesting for CBI. On August 13, 2020, she took to her Instagram handle and posted a video, wherein, we can see her asking for CBI enquiry into the matter. In the video, we can see her saying, "The nation wants to know what happened with Sushant Singh Rajput. Justice for Sushant. CBI for SSR." She captioned her video as "justiceforsushantsinghrajput #CBIforSSR."

Apart from Ankita Lokhande, Sushant's friend, Kriti Sanon, also demanded CBI for him to get the real closure. She took to her Instagram handle and shared a IG story, wherein, she wrote, "I pray that the Truth comes out soon. His family, his friends, fans and all loved ones deserve this closure.. I hope and pray that the CBI takes over the case, so it's investigated without any political agendas, in true sense, to provide justice to the family!! Its high time his soul rests in peace. #CBIForSSR #SushantSinghRajput." (Also Read: Nach Baliye 10' Will Feature 'Bhabi Ji Ghar Pe Hain' Fame, Shubhangi Atre And Hubby, Piyush Poorey?) 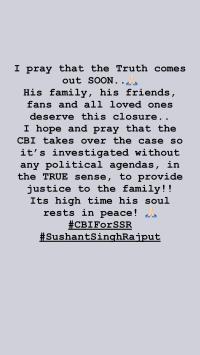 A couple of days ago, Sushant's fans had hosted another digital protest for their warrior, and Ankita had also taken to her Instagram handle to support them. She had shared a moving picture with Sushant's mother's photo frame. The picture gave goosebumps to many, but it was her caption that left everyone crying, and it could be read as "Believe you both are together", followed by a heart emoji. Sushant's sister, Shweta Singh Kirit had commented on it and had written, "Yes they are. Love you baby. Stay strong. We have to fight till we find justice." (Don't Miss: Janhvi Kapoor Remembers Her 'Mumma' Sridevi On Her 57th Birthday Anniversary With Monochrome Picture) 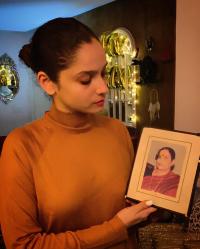 Well, we all are waiting to know the real truth and praying for Sushant's family!