To mark Sridevi Kapoor's 57th birth anniversary, Janhvi Kapoor posted a throwback monochrome picture with her 'mumma' and it is a sight to behold!

It has been two years since Shree Amma Yanger Ayyapan a.k.a. Sridevi Kapoor had left her family, friends and fans heartbroken when she had left for the heavenly abode. But not even a single day goes by when she isn't remembered. Sridevi will continue to remain our khwabon ki shehzaadi till eternity. India’s first female superstar, Sridevi was, is and will always be one of the most iconic and legendary actresses of B-town. (Also Read: Mira Kapoor Hails For Hubby, Shahid Kapoor As 'Haider' Makes It To List Of Top 10 'Hamlet' In World)

It was on August 13, 1963, when a star was born in Tamil Nadu, who reigned the film industry for years! Sridevi had begun her acting career at the age of 4 and had continued doing what she loved the most, till her last breath. On her 56th birth anniversary, Sridevi's Dhadak, Jahnvi Kapoor had posted a beautiful picture of her mom and had penned a simple birthday message for her. Janhvi had written, “Happy birthday Mumma, I love you.” Her message, indeed, had spoken volumes of love she has for her mother. To mark Sridevi Kapoor's 57th birth anniversary, Janhvi Kapoor posted a throwback monochrome picture with her 'mumma' from one of their restaurant outings. Expressing her millions of emotions in four words, Janhvi wrote, "I Love You Mumma." Every picture of Sridevi and Janhvi in one frame is a sight to behold. In the picture that Janhvi has posted, she can be seen giving her mumma a tight hug as the mother-daughter duo smiled for the camera.

Even before Janhvi Kapoor had become the Dhadak of the nation with her debut film, she was in the limelight, courtesy her star parents, Sridevi and Boney Kapoor. Every look of Janhvi is compared to her late mother, Sridevi. It was on February 24, 2018, when Sridevi’s untimely demise had shocked the entire nation and since then, every Sridevi fan looks for her reflection in her daughter, Janhvi. The fans believe that with acting talent, Janhvi has inherited impressive fashion sense from Sridevi and she has been charming her way into the hearts of the audience with her passion and love for her work. (Also Read: Prachi Tehlan Twins With Hubby Rohit Saroha On The Engagement Ceremony, Gives Glimpse Of Their Rings) 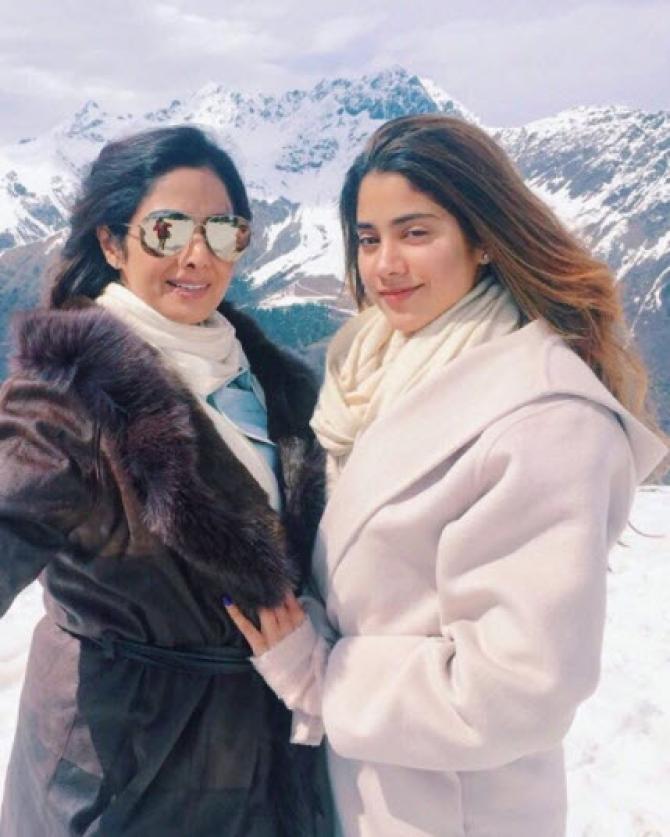 In an interview with the Hindustan Times, Janhvi Kapoor had commented on the constant comparison with her late mother, Sridevi. When asked if she feels the pressure to match up to her mother’s stature, Janhvi had stated, “I think people need to accept that I’m a different person from my mother. There’s a section of society which has been able to do that with Dhadak, but there are people who couldn’t make that differentiation and they still look for Sridevi in me. Maybe after more of my work comes out, they’ll understand I’m a different type of actor and I’ll make different choices.” When asked, “If given a chance, would you want to recreate her magic onscreen in the remake of any of her films?” Janhvi Kapoor had retorted, “I don’t think that anyone can recreate that magic. No one can. Also, when something has been done so well, I don’t know if it’s right to try to attempt to do it again.” Speaking about the nepotism debate being at peak during her debut in Bollywood, Janhvi said, “Hopefully, my work will do that. I know for some, Dhadak wasn’t reason enough to end the debate. I don’t deny nepotism does exist. It’s a reality in our industry, and every other profession. The doctor that I visit, his son is also a doctor but no one is holding a morcha outside their clinic that ‘Nahin yeh toh nepotism hai, main nahin aane wala yahan ilaaj ke liye’. I understand there’s a sense of alienation and a bit of judgment.” (Also Read: SSR's Sister, Shweta Singh Kirti Urges People To Demand CBI Probe Ex, Ankita Lokhande Reacts [Video]) 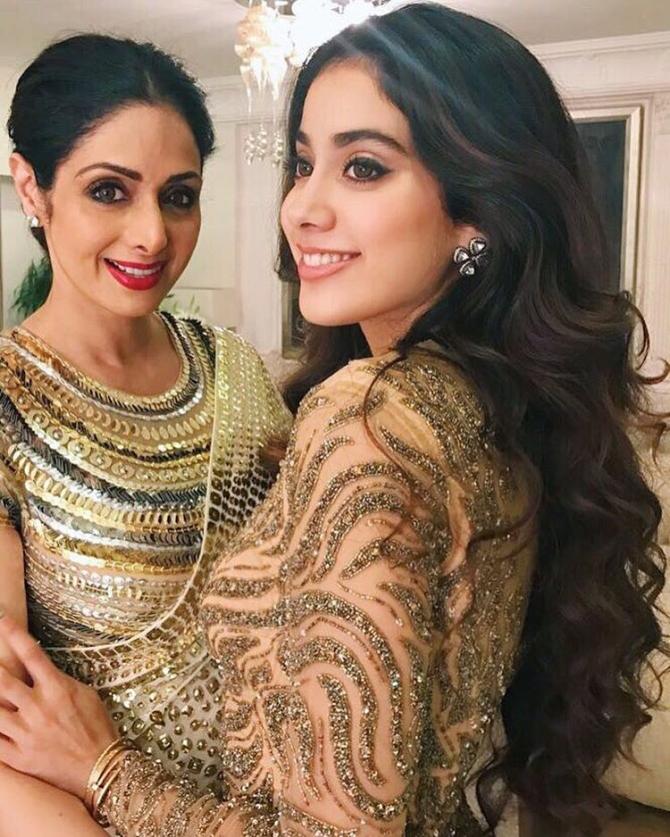 We miss Sridevi ji and the void she had left us with can never be filled! 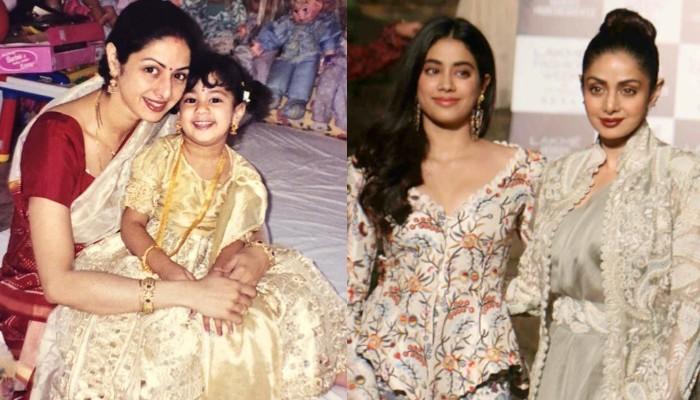 A daughter shares one of the closest bonds with her mother. However, spending days without a mother can be terrible, and Bollywood actress Janhvi Kapoor goes through this pain every day. The year 2018 had brought one of the major blows for the Kapoor family when actress, Sridevi had left for her heavenly