Karan Patel turned 37 on November 23, 2020 and received an adorable birthday wish from his ladylove, Ankita Bhargava. Take a look!

We wait for an entire year to celebrate the most amazing day of our lives, our birthday, with our loved ones. From love-filled wishes to surprise parties, we cherish every moment of our birthday. But nothing can match the excitement of receiving a wish from our soulmate. And television’s heartthrob, Karan Patel is undergoing a similar emotion as his doting wife penned an adorable wish on his 37th birthday. (Also Read: Anushka Sharma Flaunts Her Baby Bump In A Green Off Shoulder Dress As She Steps Out to Shoot)

Karan Patel and Ankita Bhargava are one of the most sought-after couples of the glamour world and their love story is total filmy. The duo had never met each other despite the fact that Karan had worked with Ankita’s father, Abhay Bhargava in the popular show, Ye Hai Mohabbatein. Cupid had stuck Karan and Ankita in the form of Aly Goni, who had introduced the two and was the reason for their lovely union. On December 14, 2019, the doting couple had embraced parenthood and had welcomed a little angel into their lives, whom they have named, Mehr. And since then, they are enjoying every moment with their little munchkin. 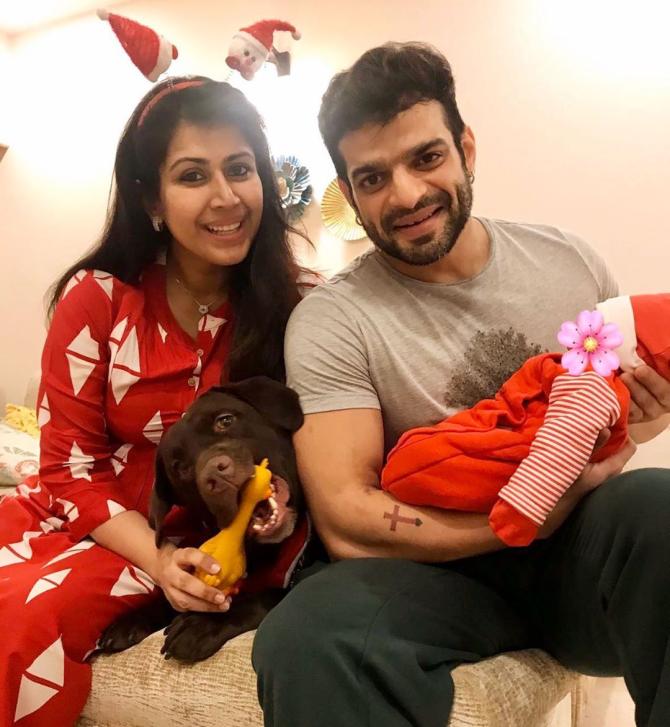 Karan Patel and Ankita Bhargava never shy away from expressing their love for one another. On November 23. 2020, Karan turned a year older and Ankita took to her IG handle to share an adorable wish for her man. Sharing a cutesy picture with Karan, where the two embraced each other, Ankita wrote, “Happy Bday Mehr ke Papa! #alwayswantedtosaythis #socliche #happybday.” On Ankita’s post, Karan commented, “Arri o sunti hooo, Mehr ki maa, ji humne kaha thankyouuu.” 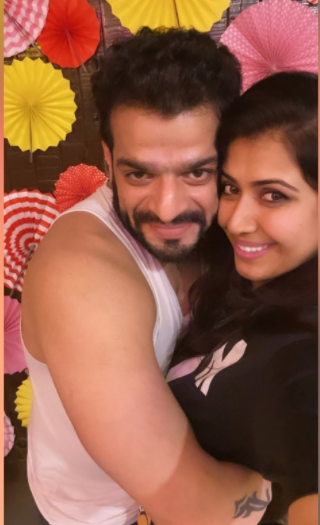 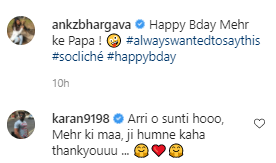 It was on May 03, 2015, when Karan Patel and Ankita Bhargava had entered the bond of holy matrimony. On May 03, 2020, Karan and Ankita had completed five years of marital bliss and had celebrated their fifth anniversary with their baby girl, Mehr Patel. For their anniversary, Ankita had baked a special chocolate cake and sharing a glimpse of the same on her Instagram handle, she had written, “Special Thanks from Mehr to everyone who took out time from their busy quarantine schedules to call, message and post for our #marriageanniversary .... Mehr ki taraf se kuch meetha ho jaye Thanku all for the love and support A.L.W.A.Y.S #halfdecade #5yrstoday #rabbdimehr P.S - I baked a couple of cakes today cos it seems the whole world is... So I got super inspired #chocolatecake #whitechocolateshavings #chocolateganache #chocolateganachecake #frosting #doublechocolate.” (Also Read: Govinda Releases A Statement, Says He Wasn't Allowed To Meet Krushna Abhishek's Twins In Hospital) 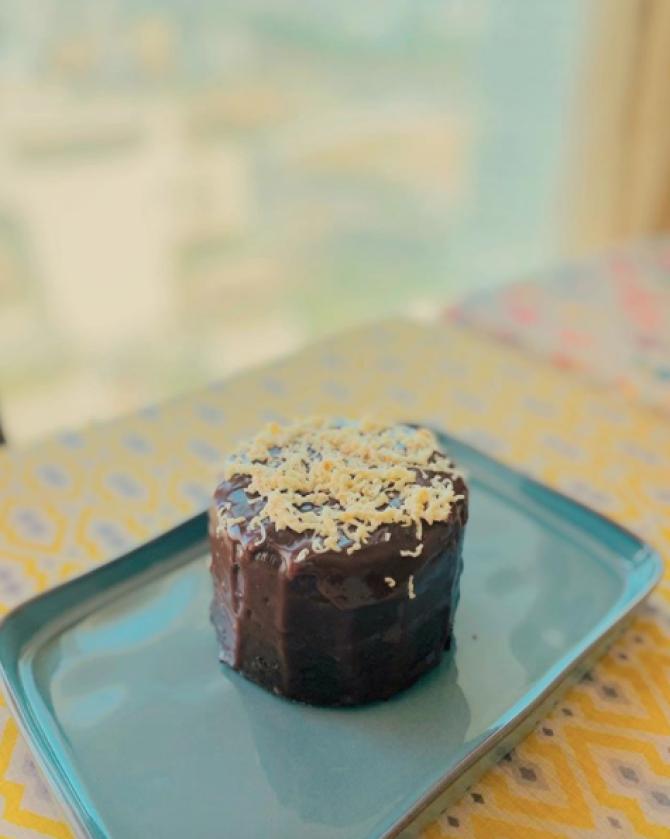 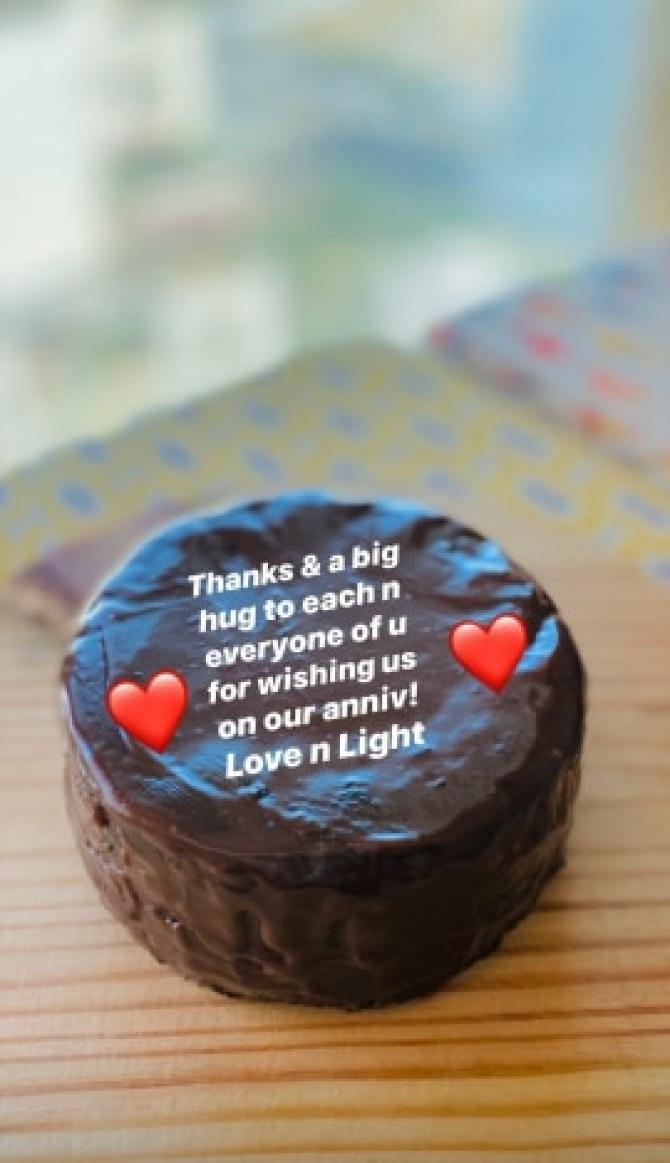 Ankita Bhargava had turned 36 on August 17, 2020, and her better-half, Karan Patel had made his wife's birthday extra special with his post for her on his social media feed. Sharing a collage from her maternity photoshoot, Karan had wished his 'jaan' with a heartfelt note. He had written, "Here's wishing the happiest birthday to the best wife in the world and the best mother in the universe. To the woman who completes me and who gives my life meaning. @ankzbhargava May god grant you all that you wish for jaan, and may you always be happily smiling at all times and in times you find that difficult to do, I'll make sure you do it even better. Love you more than what I did yesterday and less than what I will do tomorrow. HAPPY BIRTHDAY JAAN." Talking about Ankita and Karan's love story, in an interview with The Asian Age, Karan had shared an interesting detail about his marriage. He had said, "I think this is the first case where the groom met his father-in-law two years even before he could meet his bride! It wasn’t planned. This is a destiny that made it happen. I have a lot to thank my co-star and father-in-law Abhay Bhargava for. He played a crucial role in changing my life for the better by giving my Ankita." (Also Read: Aishwarya Rai Bachchan Revealed How She Had Reacted When Addressed As 'Mrs Bachchan' For First Time) 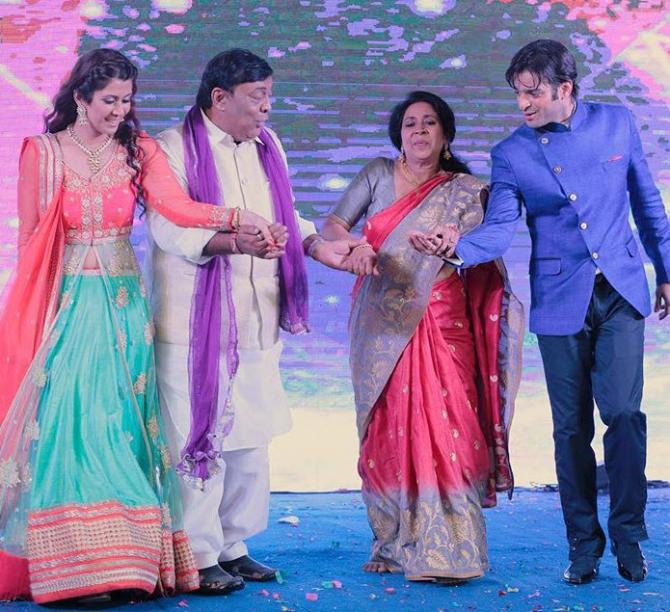 Karan Patel And Ankita Bhargava's 7th Anniversary: He Shares A Throwback Picture With A Cheesy Note 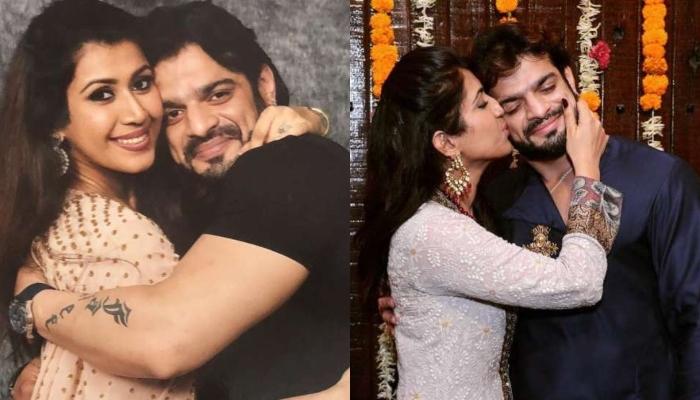 Karan Patel and his wife, Ankita Bhargava are one of the most popular couples of telly world, and they are often admired for the way they’re living their happy married life. The couple had got married on May 3, 2015. After some years of marital bliss, Karan and Ankita were blessed with their little princess, Mehr