Ankita Bhargava has been sharing her experiences of being a mom with her Instagram followers. Check out as she shares her first picture of bringing her newborn daughter, Mehr home!

Being a mother is not at all easy. From a carefree young girl, you turn into a 'mama bear' constantly worrying for her little bundle of joy. Your baby and their needs stay in the mind of every mommy, even when she is sleeping. However, her 'tension-o-meter' is high when she becomes a new mother. And television actress, Ankita Bhargava had gone through the same phase when she had delivered her little angel, Mehr Karan Patel. (Recommend Read: Cost Of Urvashi Rautela's Leather Lehenga And Jewellery At Neha Kakkar's Wedding Will Blow Your Mind)

Before we take you further into the story, let us take a recap of Karan and Ankita's love tale. While many of us think they had a love marriage, the truth is their marriage was arranged by Karan Patel's friend and co-star, Aly Goni. He was the one who had played the Cupid and had encouraged both the families to take the union forward. And the rest, as we say, is history!

Ankita Bhargava Shares The First-Ever Vacation Picture With Her Daughter, Mehr From The Maldives For those who don't know, Ankita is documenting the best phase of her life on her Instagram handle, Love Messy Munchkin, wherein, she pours her heart out and helps her fellow moms and moms-to-be by sharing useful tips. On October 28, 2020, Ankita addressed the issue of newbie mommies when they travel back home with their newborns after getting discharged from the hospital. The actress shared the first picture with baby Mehr and her hubby, Karan. Alongside it, she wrote, "#Throwback! Bringing your Baby Home. I have heard stories of how new moms get a little anxious while leaving the hospital with their newborns. I believe this panic and worry is justified since we as new mothers don't trust our own selves and being around professionals in a hospital makes us believe that we are safe." (Also  Read: Soha Ali Khan Shares An Unseen Monochrome Picture Of Her Mother, Sharmila Tagore From Her Wedding) 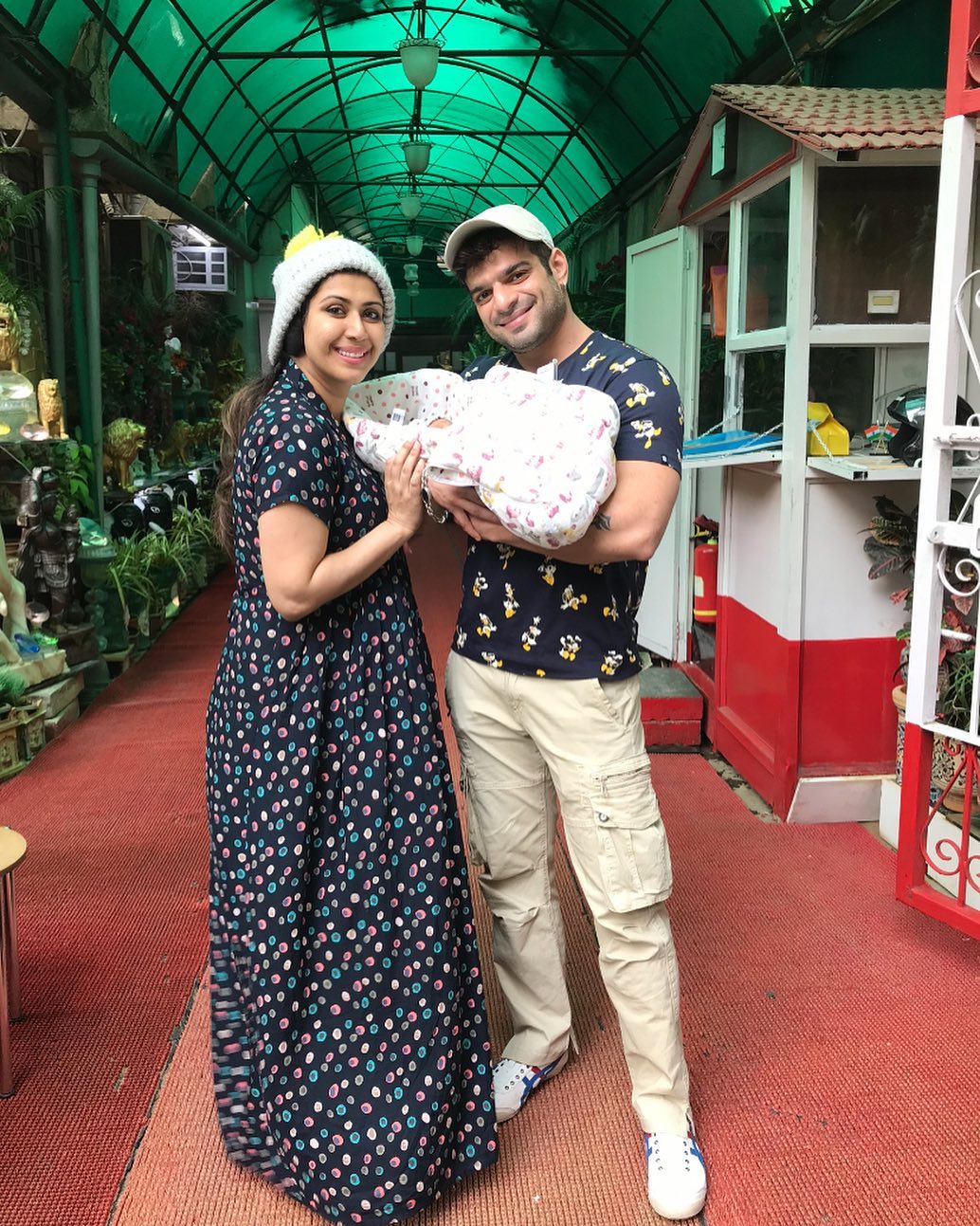 Ankita further shared her own experience and what precautions she had taken while stepping out of the hospital. She wrote, "When I was stepping out with Mehr from my hospital I did the following. If need be I will shine through any situation and do the best for my baby! I gave myself space to learn from my baby and the people around! I focussed on being positive rather than negative about how and what can go wrong once I am home! I absorbed as much as info as possible from my doctor and so did My Husband. Fortunately, we had our families and friends around to guide us every step of the way! Moral of the story is - TRUST YOURSELF - Animals deliver and bring up their children all by themselves... We at least have Google search for the smallest of queries! P.S I wish I could have found some smarter #maternityfashion during my pregnancy! Something that I could have worn even otherwise post I delivered Mehr... The ones I see in the market and online are so Aunty Mary type." On September 27, 2020, Ankita had shared an adorable Daughter's Day wish for her baby girl. She had posted a picture with hubby, Karan Patel, who was busy playing with his daughter, Mehr. On the other hand, Ankita was looking at the father-daughter duo with love. Alongside it, Ankita had written, "When your heartbeats outside your body. Lucky are the ones who are blessed with baby girls." 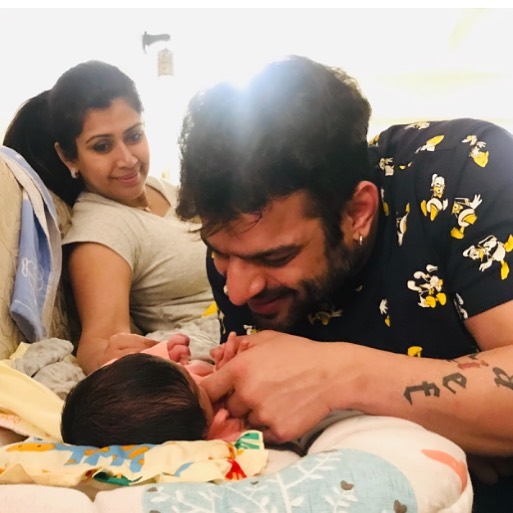 Ankita had also shared twinning pictures with Mehr. In the pictures, we could see Ankita and Mehr looking super adorable as they had donned yellow ensembles. Alongside it, Ankita had written the reason why she didn't wanted to show her daughter's pictures to the world, "It took me a while to understand the power of #SocialMedia! But your comments and DMs made me realise that My Words & My journey to #Motherhood gives you guys #strength to fight your own battles in so many ways. Just like how I found solace in the fact that I'm not the only one Life throws Lemons and thorns at. But if learning about my experiences can help you make some lemonade and pick out some roses. Then bloody hell Why not! Come join me on @lovemessymunchkins And Be a part of all things REAL,HONEST & BEAUTIFUL. P.S - I am still not comfortable revealing Mehr’s face on social media,So please cut me some slack!" 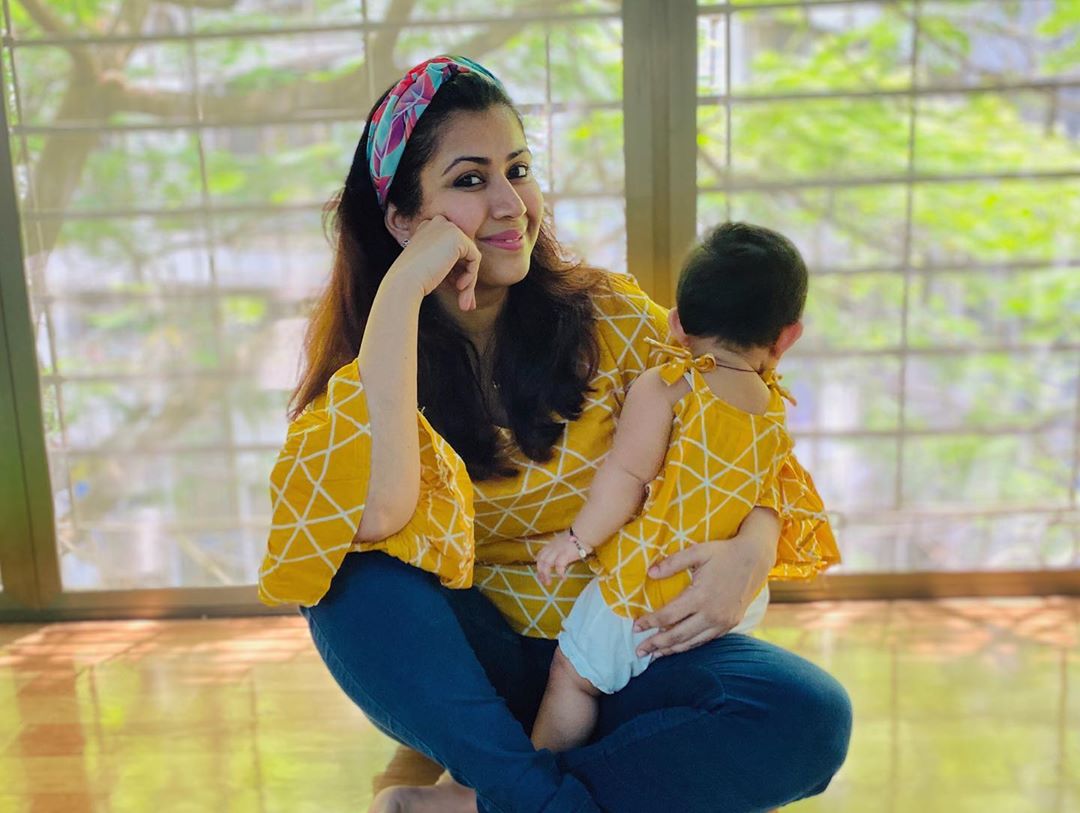 Coming back to Ankita and Karan's love story, in an interview with The Asian Age, Karan had shared an interesting detail about his marriage. He had said, "I think this is the first case where the groom met his father-in-law two years even before he could meet his bride! It wasn’t planned. This is a destiny that made it happen. I have a lot to thank my co-star and father-in-law Abhay Bhargava for. He played a crucial role in changing my life for the better by giving my Ankita." (Don't Miss: Kareena Kapoor Khan Flaunts Her Baby Bump In A Pink A-Line Flowy 'Kurta', Looks Fresh And Royal) 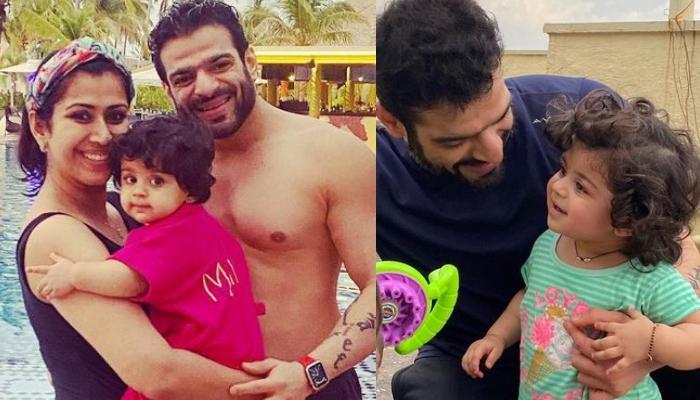 Ankita Bhargava and Karan Patel are enjoying their journey of nurturing their baby girl, Mehr Patel. While the couple was hesitant for a year to reveal their daughter's face on social media, they end their fear by sharing adorable glimpses of her angel. The super mommy, Ankita, shared if her daughter,