On July 1, 2022, the newbie daddy, Ankit Gera shared adorable pictures with his baby boy and penned a heart-melting note. Check out!

There is no denying the fact that a father is his child's first hero. Ever since a man becomes a father, he leaves no stones unturned to protect his child from the evils of the world. He stands tall in front of his baby and makes sure that nothing can ever hurt his little one. The feeling of becoming a father is magical, and it changes a man for all the good reasons.

Television actor, Ankit Gera is the newbie daddy in Tinseltown, and he's currently basking in the glory of this wonderful phase in his life. For the unversed, Ankit and his wife, Rashi Puri had embraced parenthood with the arrival of their first child on June 10, 2022.  To announce the good news, the actor had shared a priceless picture on his Instagram handle, in which he could be seen holding his just-born baby in his arms as a nurse had helped him.

Irfan Pathan Blessed With A Baby Boy For The Second Time, Announces His Name With A Cute Picture 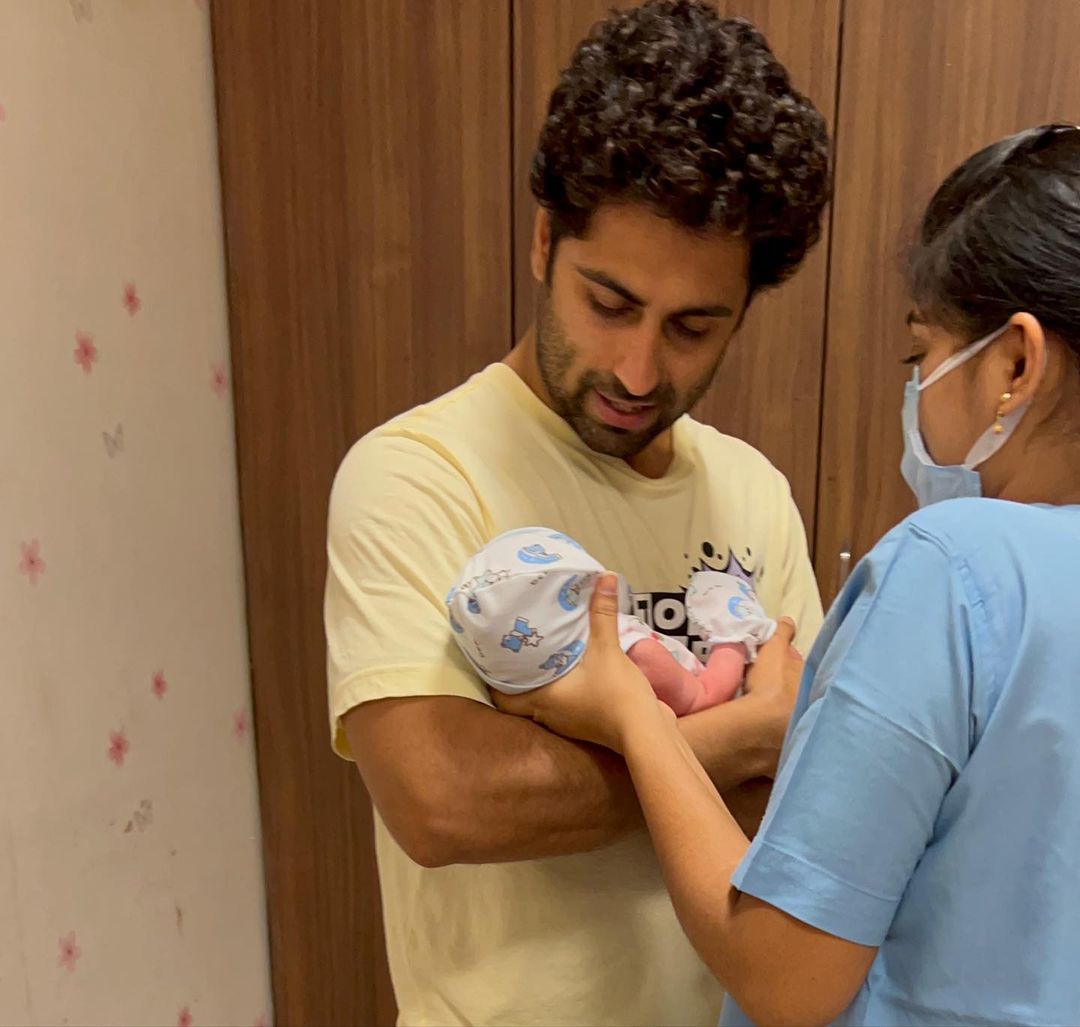 A few moments back, taking to his IG handle, Ankit Gera dropped cutesy pictures with his baby boy. In the priceless photos, we can see Ankit spending some quality time with his newborn son, and it was too adorable for words. While the first picture showed the newbie daddy browsing through his phone as he held his baby's hand, in the other one, we can see Ankit's hand holding his baby's tiny hand. Sharing the pictures, Ankit penned a heart-melting note in which he talked about the magical feeling of being a father. His note can be read as:

"People often ask me how does it feel to be a dad? Well, nothing ever fits the palm soo perfectly or feels so right or inspires so much protective instinct as the hand which is a part of you."

On Father's Day 2022, Ankit Gera had shared a cute post on his IG handle to mark the special day. He had dropped an adorable picture with his newborn baby, in which he was fondly looking at his son. The newbie daddy couldn't take his eyes off his little munchkin and could be seen cradling him. The picture was too adorable for words! In an interview with ETimes, Ankit had talked about his joy of being a father. He had bared his heart out and had said that no one can understand the feeling until they have lived it. Ankita had also expressed his gratitude that his son could see him without the mask. The doting daddy had said:

"You can't imagine the level of happiness until you experience it. Everything…all the worries just fade away when you hold your child for the first time. I am glad that my child could see me without a mask (smiles). Of course, there has been a surge in COVID-19 cases, so all precautions were taken before admission and are being followed to date." For the unversed, in 2021, Ankita Gera had tied the knot with an NRI, Rashi Puri in Chandigarh.

Next Read: Shahid Kapoor Drops Cosy Pictures With Wife, Mira Rajput From Europe, She Stuns In A Backless Outfit

Irfan Pathan Blessed With A Baby Boy For The Second Time, Announces His Name With A Cute Picture