'Scam 1992' actress, Anjali Barot hopped onto the journey of 'happily ever after' with her long time beau, Gaurav Arora, Check out the wedding pictures inside!

Weddings are the connotations of the love celebrated, showed, shared and spread between two hearts. Weddings in India are celebrated with much gusto as two families come together in the happiness of two people starting their lives together. Much detailing goes into planning a wedding as it is the biggest and most memorable day for the bride and the groom. And celebrity weddings in India have a different place of their own. The first quarter of the year 2021 isn't even over yet, and we have no count of how many celebrity weddings we have witnessed already. Scroll down to know more about one more! (Recommended Read: Dia Mirza Shares Details About Mother's Cancer Diagnosis And How Early Diagnosis Helped In Treatment)

Shot to instant fame with her stint in popular web series, Scam 1992, actress, Anjali Barot hopped onto the journey of 'happily ever after' with her long time beau, Gaurav Arora. Anjali is a popular face in the world of YouTube as we have seen her in various videos and short series. Anjali had played the role of Harshad Mehta’s wife Jyoti Mehta in the popular SonyLIV series Scam 1992. She had announced her wedding on her IG handle with a photo of herself and Gaurav wearing Scam 1992 apparel. She had captioned the photo as “Risk Hai Toh Ishq Hai. 16th February 2021 #BohotKuchHotaHai.” Check out Anjali's wedding pictures below!

Jwala Gutta And Vishnu Vishal Are Getting Married On This Date, Former Makes The Announcement 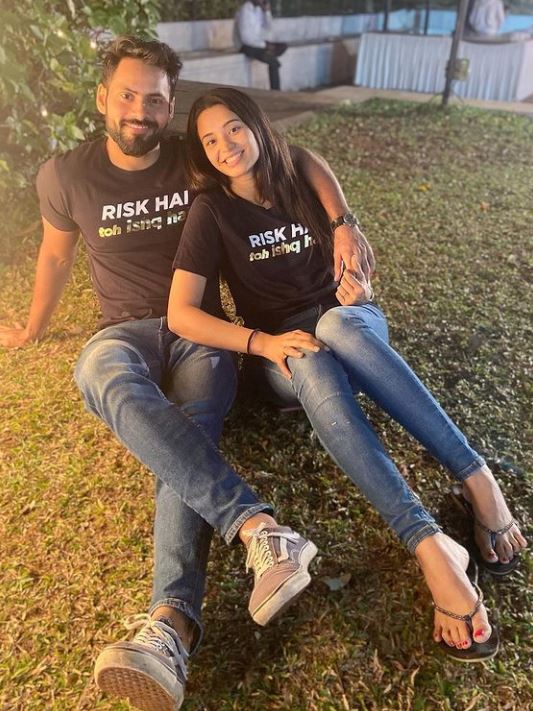 We found cute pictures and videos of the wedding on Why Cheat India actress, Shreya Dhanwanthary's IG stories. For the wedding, the beautiful bride, Anjali Barot opted for a gorgeous lehenga in shades of red with heavy golden work on it. The happy bride enjoyed her wedding festivities as we can see her dancing on her entry and afterwards on the stage. The dapper groom, Gaurav Arora contrasted his outfit with that of his bride by donning a beige coloured bandhgala. Together they made for a happy and much in love couple. (Also Read: Suhana Khan Wears A Bodycon Co-Ord Set, Flaunts Her Curves At A Party With Her Friends In New York) 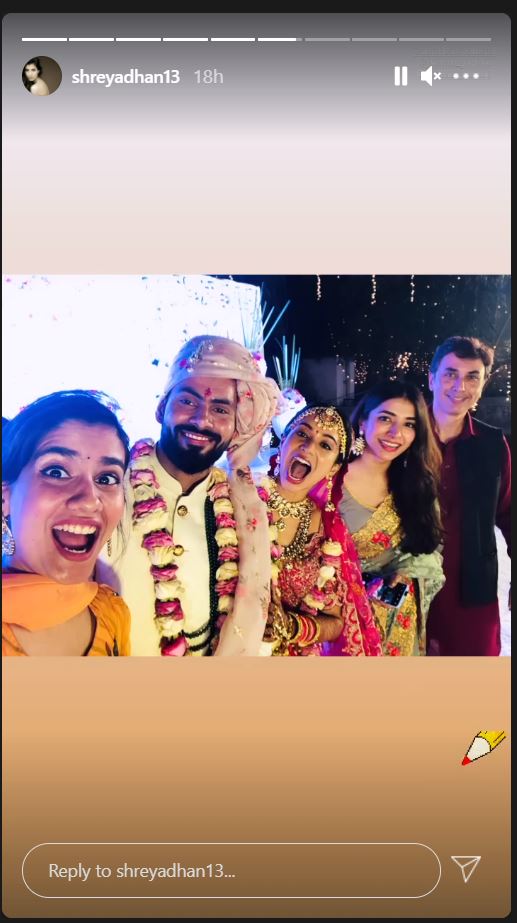 Anjali Barot had taken to her IG handle on February 14, 2021, to share adorable pictures from her Haldi ceremony. For the Haldi ceremony, Anjali had donned a green coloured gown, kept her makeup to a bare minimum and had accessorised her look with maangteeka, bindi and jhumkas. On the hand, the then-to-be-groom had opted for a blue kurta. What had caught our attention was the mehendi on the groom's hand which said, "Meri pyari anjali" in Hindi. Anjali had captioned the pictures as "Alexa, please play Mehendi Laga Ke Rakhna #family #squad." Check out the pictures below: 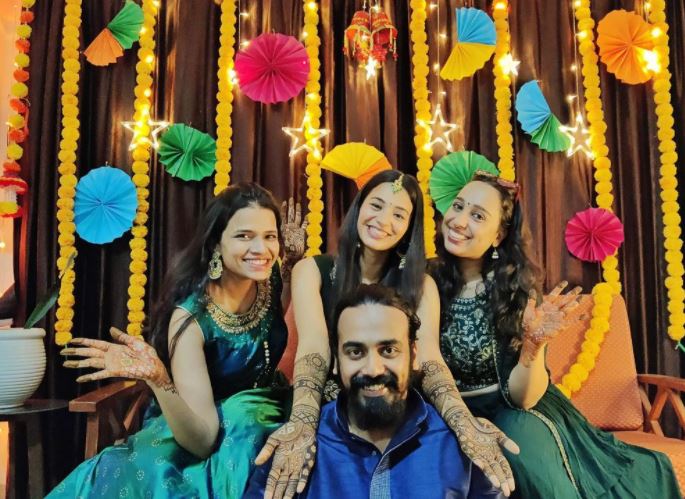 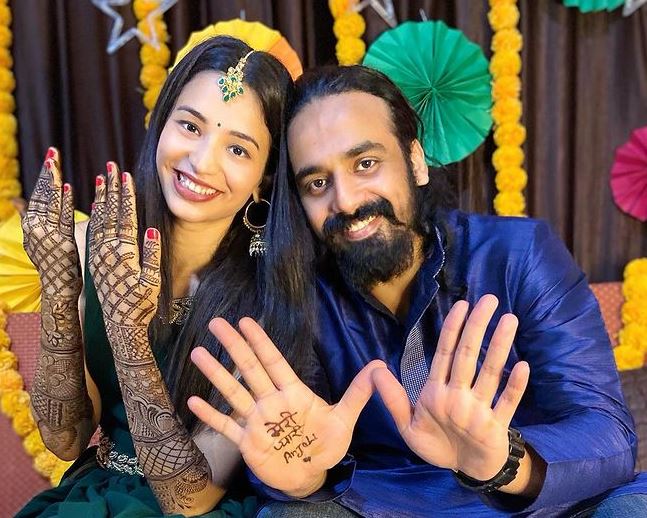 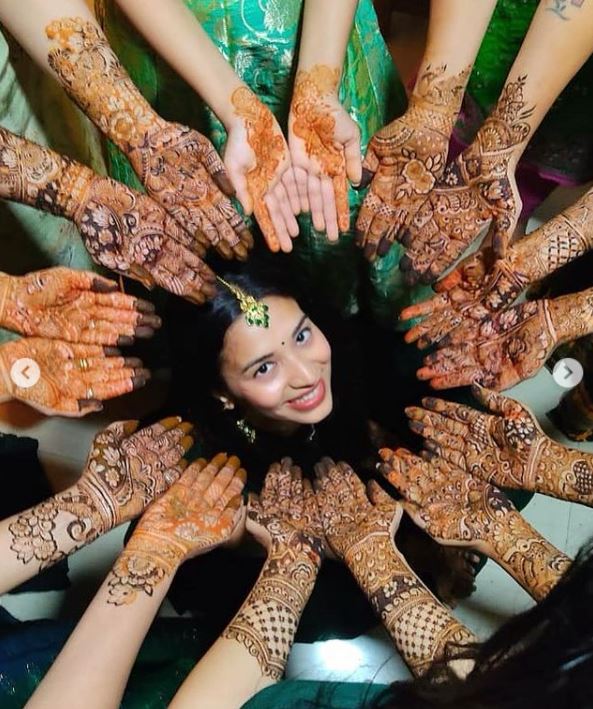 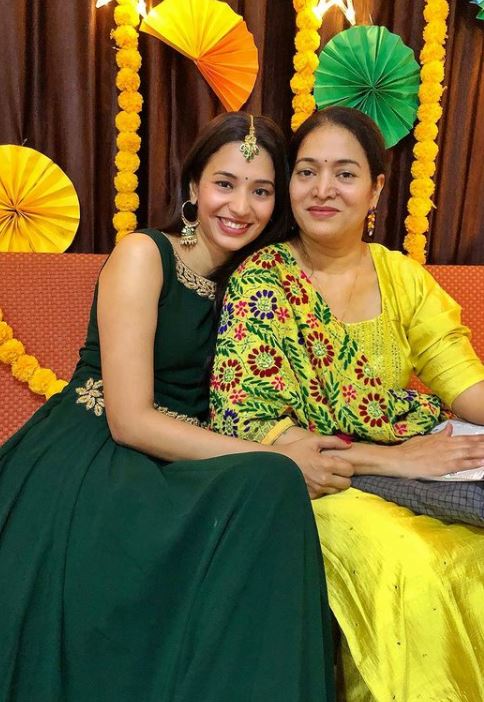 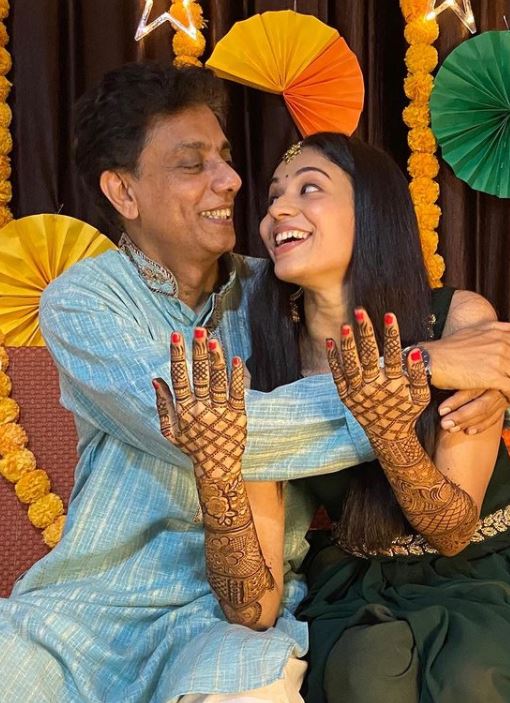 Anjali had also given a sneak-peek into her bachelorette party as she had posted loads of pictures and videos from the same. The soon-to-be-husband, Gaurav Arora had also attended his soon-to-be-wife's bachelorette party. Anjali's bachelorette party was basically a pyjama-party with lots of fun, laughter, happiness, love and a seemingly yummy cake. She had captioned her post as "Bachelor-Ate. #bestbridesmaids @nived_riak being the cutest bridesmaid in town!" (Don't Miss: Hardik Pandya's Mom Remembers Her Late Husband, Himanshu Pandya On His One-Month Death Anniversary)

Congratulations on the marriage, Anjali and Gaurav!