Anita Hassanandani's Special B'Day Wish For Father-In-Law, Feels Lucky To Be Blessed With The Best

Anita Hassanandani's Special B'Day Wish For Father-In-Law, Feels Lucky To Be Blessed With The Best

Every girl is her daddy’s princess or daddy’s little girl. It is very difficult for a girl to move into her spouse’s house, in altogether a new family. But what if she has an equally loving family? Blessed is the girl who is gifted with equally loving parents-in-law. Don’t you agree with us guys? Well, there is one lucky girl from our television industry who is “blessed with the best” as she herself puts it. The mention is of none other than Yeh Hai Mohabbatein fame actress, Anita Hassanandani.

Anita Hassanandani took the wedding vows with her businessman-boyfriend, Rohit Reddy on October 14, 2013, in a lavish destination wedding in Goa. Ever since the couple has been giving us some major marital goals. Right from their couple pictures to their adorable witty videos, Anita and Rohit are pure couple goals. (You May Also Like: New Mom Sania Mirza Starts Working Out, 3 Months After Delivering Izhaan Mirza Malik, Pics Inside) Today, on January 21, 2019, it’s Anita’s father-in-law’s birthday and the actress took to her Instagram handle to wish him. She shared a cool picture with her cool sasurji and captioned it as, ‘Happy birthday to the coolest handsomeesstttt father-in-law #LuckyMe #BlessedWithTheBest”. Below is the one she posted, followed by a few that Anita shared on her Instagram stories: 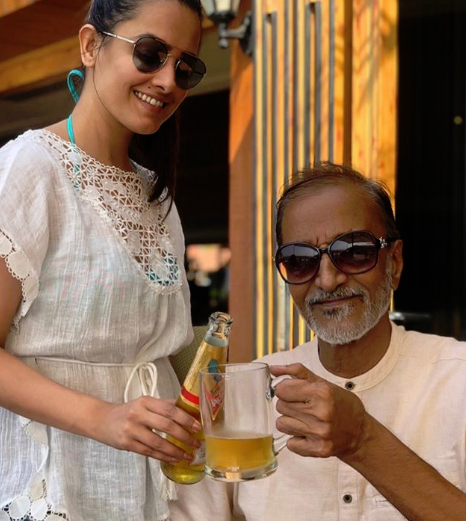 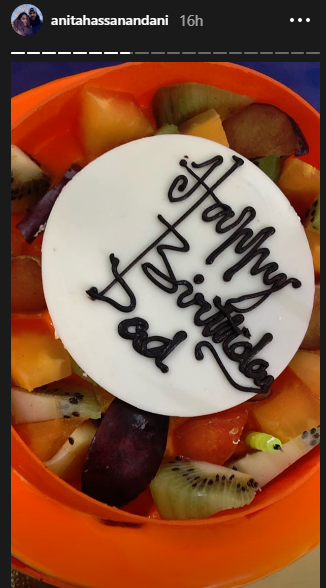 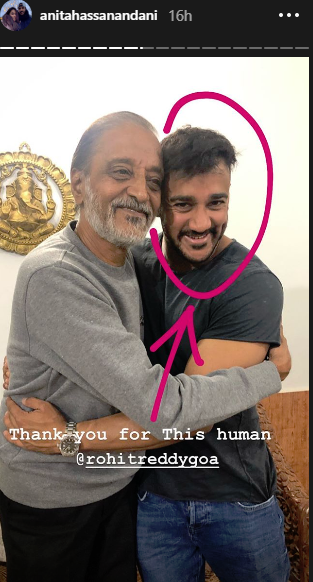 Sharing her equation with her in-laws, Anita had remarked, “His mom is very chilled out, although I still get nervous speaking to his dad, maybe because of my respect for him.” Do you know where Anita met Rohit, the love of her life? Well, it was Rohit who saw her standing outside a pub and fell for her right away. (Checkout: Ahil's 'Chal Mere Ghode Tick Tick' Moment With Nanu Salim Khan Will Remind You Of Childhood Days) 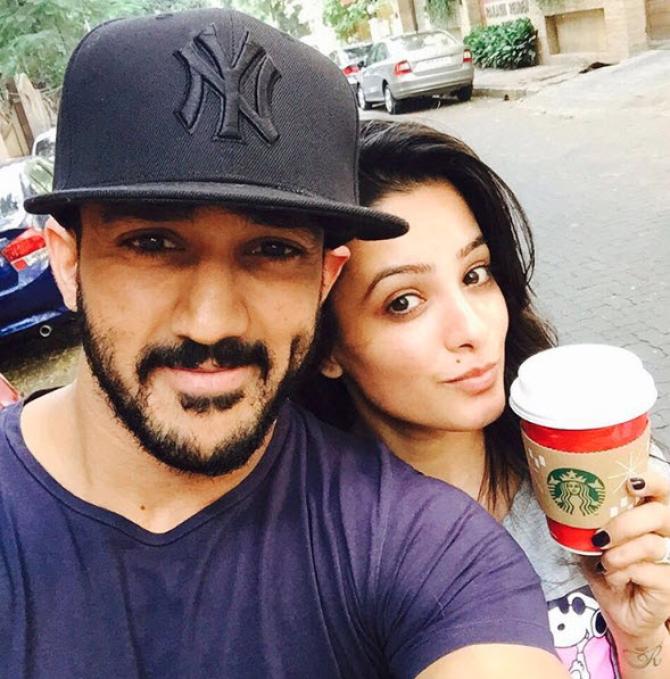 In an interview earlier, sharing the same details, Rohit remarked, “One day I saw her outside a pub, waiting for her car and decided to approach her. I went like a hero and approached her with the corniest lines, she was startled. That was a brief encounter.” The funniest or rather unbelievable part of their love story is that Rohit was unaware about Anita being an actress. “I refuse to believe he didn’t know I was an actor, maybe he didn’t know my name but I’m sure he’s seen me somewhere,” Anita quipped in an interaction. (Also Read: Taimur Ali Khan Learns Guitar After Horse-Riding Lessons, Make Way For The Youngest Rockstar In Town) Revealing the time she got sure about Rohit as her life partner, Anita reminisced, “I used to love drinking in my younger days. This one night I went overboard and got into a fight with Rohit. It was all my mistake. Woke up the next day, apologised to him saying ‘I’m sorry Rohit I’ll give up drinking if you want’. He replied saying, ‘No you don’t have to give up on anything for me. Just try staying in control.”

She further added, “You are a public figure, you have to be careful,’ – and that was the moment I knew he’s my man! Who loves me for ME; with all the flaws? He didn’t want me to change a thing for him. It’s been 6 years and the only change in me is that I’m a better, a more positive person. Not only that, I’m more successful than I used to be!” Admiring her doting husband, Anita once stated, “Even today, he makes it a point to thank me, whenever I do anything for him, that’s very lovable. I think that generally, a woman brings in luck for her husband after marriage but in my case my husband is lucky for me." (Don't Miss: Tahira Kashyap Celebrates Her Birthday With Hubby Ayushmann Khurrana, Pics And Videos Inside)