'Naagin3' fame co-stars, Anita Hassanandani and Pearl V Puri are high on life these days. The two came up with their music video and are currently enjoying the success. Checkout pictures and videos! 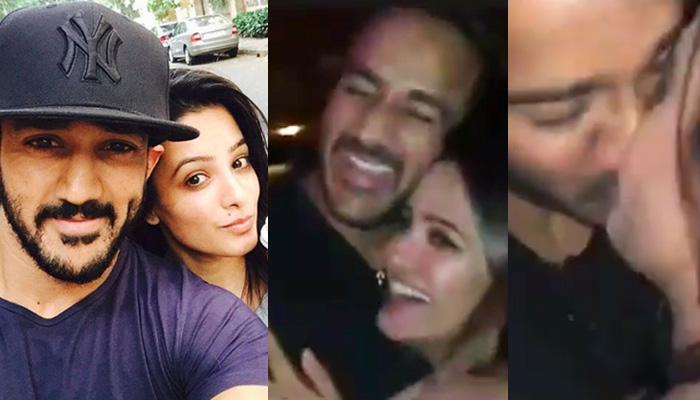 She is stunning, extremely talented and ever-so-gorgeous actress from the television industry. Talk of her arched eyebrows, perfect pout, or amazing acting skills, this lady has broken all norms and has always stood out amongst others. The mention is of none other than Yeh Hai Mohabbatein actress, Anita Hassanandani. Look at the way this prettiness had essayed the role of Shagun in the famous soap opera YHM and for that matter, her performance in Naagin 3. And prior to this, she had made way to everyone’s heart through her stint as Anjali Nanda in Kkavyanjali.

Anita Hassanandani found her prince charming in businessman, Rohit Reddy. The two have been extremely supportive of each other when it comes to their respective careers. Recently, Anita and her Naagin 3 co-star, Pearl V Puri united to establish their names in the world of music. They have together launched a music video, Peerh Meri. The song, produced by T-series, has been composed, written and sung by Pearl V Puri. (You May Also Like: Katrina Kaif Finally Accepts Her Struggles After Much Hyped Breakup With Ranbir Kapoor) 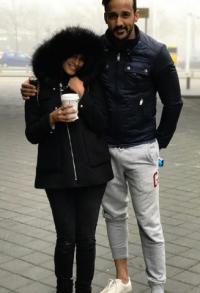 Yesterday, on May 14, 2019, Anita and Pearl celebrated the music launch in a spectacular way. At the event, who's who of the television world arrived, namely, Aditi Bhatia Arjun Bijlani, Surbhi Jyoti, Nia Sharma, Karishma Tanna, Vikas Gupta, Chetna Pandey, Aamir Ali and Aparna Dixit. There have been many pictures and videos from the event that have gone viral on social media, but the one which stole the show was where Anita and Rohit can be seen grooving with each other. Moreover, Rohit’s peck on Anita’s lips and then how she removed her lipstick from his lips, took our heart away. Here are the videos of the same, followed by other pictures and videos:

Ever since the two have tied the knot, people have been waiting for them to embrace parenthood. In an interview with The Times of India, Anita had thrown some light on their family planning and had revealed, “We will plan a family, but not now. We want to be more established in our careers. As long as we get good work, I feel we should make hay while the sun shines. Then there will be a good amount of time to just sit back, relax and start a family.” (Also Read: Navina Bole Of 'Ishqbaaaz' Fame And Her Hubby Karran Jeet Blessed With Their First Child [Details]) 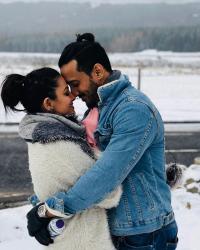 Long back in 2016, rumours arose that Anita was pregnant with her first child. Countering all those rumours, the actress had then given it back through an Instagram post that could be read as, “So I’ve received a call from every publication from every channel today asking me ke “Good news hai kya” “Yessss the good news is that I’m not on a diet. I’m on pizzaaaaa chocolatessss ice creamssss winessss. Am glowing cos I’m in love with my husbandddddddd. And I promise to let you all know proudly when I am expecting! Cheers." 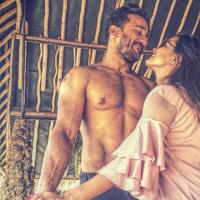 With all the PDAs this couple is famous for, do you know how filmy their meeting was? Well, Rohit was once quoted as saying, “I had seen her in the gym and fell for her stunning Indian looks. Then one day I saw her outside a pub, waiting for her car and decided to approach her. I went like a hero and approached her with the corniest lines she was startled. That was a brief encounter; I followed it up with a message on Facebook. I had no idea she is an actor, as all I ever watched on TV was news. My mom is a TV addict and knew all about her.” (Checkout: Hina Khan Turns The Bride Of Our Dreams As She Shoots For Arijit Singh's Music Video) 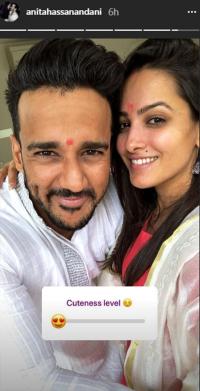 On the other hand, Anita had once shared an interesting incident which made her even surer of her choice, “I used to love drinking in my younger days. This one night I went overboard and got into a fight with Rohit. It was all my mistake. Woke up the next day, apologised to him saying ‘I’m sorry Rohit I’ll give up drinking if you want’. He replied saying, ‘No you don’t have to give up on anything for me. Just try staying in control. You are a public figure, you have to be careful,’ – and that was the moment I knew he’s my man! Who loves me for ME; with all the flaws? He didn’t want me to change a thing for him. It’s been 6 years and the only change in me is that I’m a better, a more positive person. Not only that, I’m more successful than I used to be!” (Do Read: Sushmita Sen And Rohman Shawl Seek Blessings At Golden Temple In Amritsar) 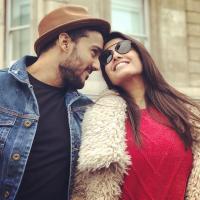 Congratulations Anita on the release of your and Pearl’s music video!