It has been 35 glorious years that Anil Kapoor and Sunita Kapoor have been married. Yesterday, on May 19, 2019, was their wedding anniversary and they celebrated with friends and family. Checkout!

How beautiful and dreamy it is when one falls in love and is lucky enough to grow old together with that one and only love. The ever-so-handsome and always young, Anil Kapoor's love chronicle with his darling wifey, Sunita Kapoor is somehow the same. While he was the bread earner for the family, Sunita made sure to be by his side through thick and thin, taking good care of their kids, Sonam Kapoor Ahuja, Rhea Kapoor and Harshvardhan Kapoor. Both of them built their own pyara sa aashiyan and a happily ever after kind of a story.

Yesterday, on May 19, 2019, Anil and Sunita completed 35 years of their blissful wedded life. All these years, their understanding, love, care and what all it takes for a successful marriage, never depreciated even an ounce. It all started with one fine evening in the year 1980, when the two met each other and developed an instant liking. And the rest as we say is history! (You May Also Like: Raj Kundra Can't Take His Hands Off Shilpa Shetty Kundra For A Very Valid Reason, Pictures Inside) To wish each other, both the lovely souls had taken to their respective Instagram handles and posted adorable couple pictures. Sharing the below couple picture, Anil had written, “The best thing that ever happened to me is you...Our life together has been one big adventure & through it all, you were my love, are my love & will be my love till my last breath. Your love & support is the reason for who and what I am. Thank you for the best 11 years of dating & 35 years of marriage! I can't wait to spend the next 46 with you! Happy Anniversary, @kapoor.sunita! Love you!” 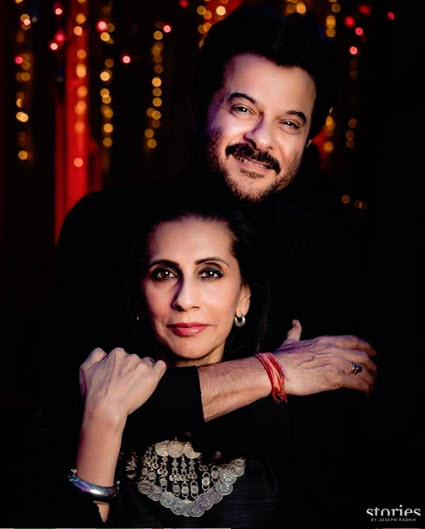 On the other hand, Sunita had also taken to her Instagram account and wished her hubby dear with beautiful words, “Sharing the good times, bearing the hard times, trusting in love to show us the way. Laughing and living, trusting and forgiving. Together forever, side by side, day by day and the years have flown. ###35##” Here’s the snap that she had shared: 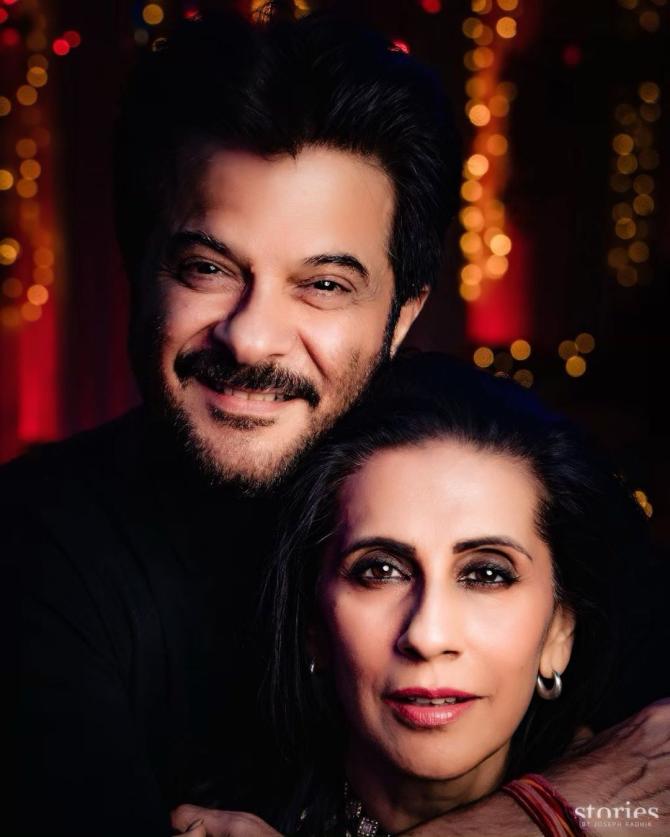 Not just this, even their darling daughter Sonam Kapoor, who is currently attending Cannes Film Festival 2019, also wished her parents. She had taken to her Instagram and shared a throwback picture of the couple. She worded her post as, "Mom, you are the yin to Dad's yang. He lights up your eyes like no one else. The two of you are pure magic together. I wish you both a very Happy Anniversary, here's to many more magical ‘Lamhe’! Love you. #CoupleGoals #Lamhe." Take a look at the picture below: 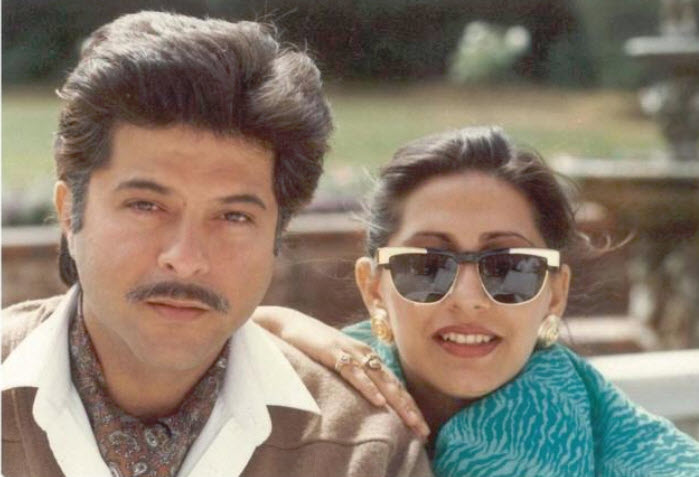 Anil and Sunita’s anniversary celebrations were not only restricted to their online wishes, but they had a blast with their industry friends, and family in the evening. The couple twinned in their back attires for their anniversary party that was held at one of the poshest restaurants, Bastian in Bandra. Many stars were present to grace the event namely, Maheep Kapoor, Chunky Pandey with wife Bhanva Pandey, David Dhawan with wife Karuna Dhawan, Pradip Sharma, Karan Boolani, Padmini Kolhapure with husband Pradeep Sharma, etc. Checkout the pictures and videos: Anil and Sunita’s love story is as filmy as it could have gotten. In an interaction with Humans of Bombay, Anil had revealed how their love took its flight with a prank call. Anil had shared, "A friend of mine gave Sunita my number to prank call me––that’s when I first spoke to her and fell in love with her voice! Soon after, we met at a party––there was just something about her. We started talking and became friends. We used to discuss this other girl I liked - you know, if I like her or she likes me? Then suddenly that girl vanished, leaving me heartbroken – our friendship strengthened because of that! Little did I know that Sunita was the one all along – we started dating organically? It’s not like in the movies––I didn’t ask her to be my girlfriend––we both just knew." (Do Check: Mukesh Ambani And Nita Ambani Visit Rishi Kapoor And Neetu Kapoor In New York [Pictures Inside]) Anil had further gone on to add, “She was from a liberal family––a banker’s daughter with a modelling career and I was bekaar! She didn’t care who I was or what my profession is - none of it mattered! I lived in Chembur and she lived on Nepeansea road – it took me an hour to reach by bus. She would start screaming, ‘No come fast by cab!’ and I’d say ‘Arrey I don’t have money’ then she’d say ‘Just come na’ and pay for my cab! We dated for 10 years––we travelled and grew together. She was always clear that she won’t enter the kitchen. If I said ‘cook’ I’d get a kick! I knew I needed to become something before asking her to marry me. I went through the struggle of not getting work, but she supported me unconditionally.” (Don't Miss: Aaradhya Bachchan Reminds Us Of Aishwarya Rai Bachchan With Her Dance Moves [Video Inside]) Anil and Sunita together make for one of the strongest couples in the Tinseltown! Don’t you guys agree? 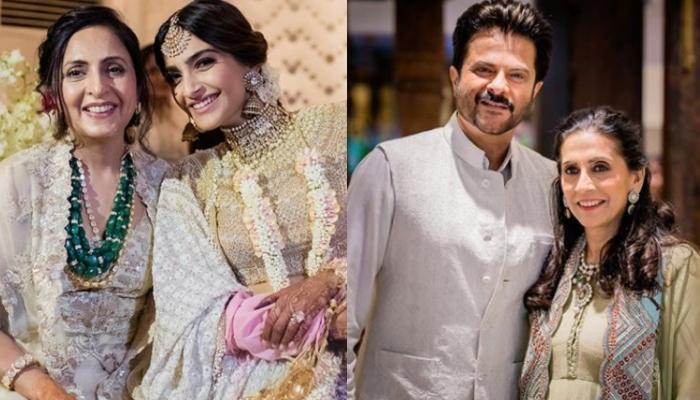 Since 2015, Sonam Kapoor and Anand Ahuja have been making each other’s ‘Everyday Phenomenal’ and finally on May 8, 2018, the former had added Ahuja to her name and the latter had added the initial of his wife’s name, ‘S’, post being pronounced as husband and wife. Sonam and Anand