Veteran actor, Anil Kapoor broke down in tears as he talked about his humble background on the show, 'Superstar Singers'. Check out the video!

Anil Kapoor, better known as Mr India in Bollywood, has lived up to decades after decades with his polished performances. From Ek Dum Jhakkas, Mera Naam Hai Lakhan to Mr India’s invisible watch, even Hindi cinema had keepsakes to make Anil an unforgettable actor in the eyes of any Bollywood buff. The actor had entered the entertainment industry with a passion for acting, and with his lead debut film, Woh 7 Din, Anil had carved a niche for himself. It's been four decades since, but Anil’s charisma has nowhere near dulled.

Now, in a singing reality show, the 65-year-old actor, who is growing old like fine wine, broke down in tears while recalling his mother, Nirmal Kapoor and their humble background during his childhood. For the unversed, Anil has three siblings, Sanjay Kapoor, Boney Kapoor and their sister, Reena Kapoor Marwah. The actor had found love in the arms of Sunita Kapoor, and together they have three children, Sonam Kapoor, Harsh Varrdhan Kapoor and Rhea Kapoor. On June 15, 2022, Sony TV’s makers took to their IG handle and shared a video from the singing reality show, Superstar Singers, where Anil Kapoor had appeared as a guest to promote his upcoming movie, JugJugg Jeeyo. During the show, a contestant named Mani soulfully performed Kya Hua Tera Wada. The young boy won the audience over and left Anil in tears. Then, the actor recalled his childhood when his mother, Nirmal Kapoor used to sew clothes for him using a sewing machine. He shared:

Earlier, on the show, Star Vs Food, Anil Kapoor had appeared as a guest where the celebrity cooks food by following the guidance of a chef. Travelling in a taxi with chef Ganesh, the Welcome actor had fondly relived the time when he and his family would travel in taxis. His father, late Surinder Kapoor was a producer but had seen long years of struggle in Bollywood before he could establish himself. Years later, his sons, Anil Kapoor and Sanjay Kapoor and producer Boney Kapoor had taken his legacy forward. Anil had mentioned how even travelling in a taxi was a luxury for them. In his words:

“I have a lot of memories from my childhood, we used to live in Chembur (Tilak Nagar). We didn't have a car, we would travel by BEST buses. Then, when our condition improved a bit, we travelled in taxis. It would be a big deal travelling in taxis.”

Also Read: Sonam Kapoor Stuns In A Pink Pleated Dress For Baby Shower, Radiates Glow As She Flaunts Her Bump In the same conversation, Anil had shared how he and his family had developed a rapport with the taxi walas of his locality. He had shared that whenever his mother had needed a change, they would approach the taxi drivers for help. He had stated:

"When we lived in Sion, there was this huge community of taxi walas. Whenever, we needed change for Rs. 100, or our mother needed it, we would approach them. I have spent special moments in taxis." 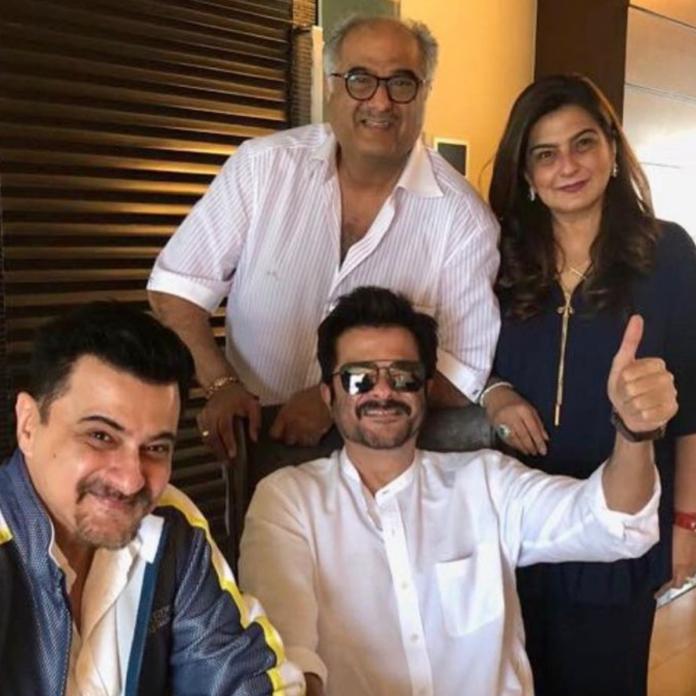 On the work front, Anil Kapoor will be next seen in the upcoming film, JugJugg Jeeyo, opposite Neetu Kapoor, Kiara Advani and Varun Dhawan.