Anil Kapoor shares a beautiful bond with his family and especially with his brothers. Recently, Anil broke down on the sets of 'Indian Idol' after getting an emotional message from Boney Kapoor. 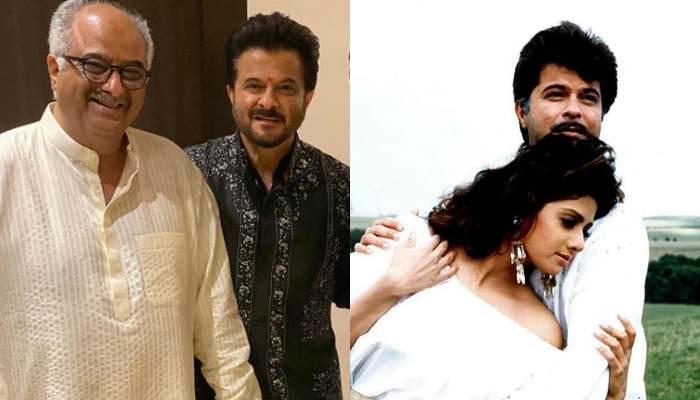 We often talk about how important a relationship is for every individual. Be it the one we share with our father, mother, brother, sister or children for that matter, we treasure the comfortable space we create with our loved ones. It's the love we share with our family that binds us all together. Be it celebrating a festival, planning a get-together or going for a vacation, we try to spend quality time with our loved ones. Anil Kapoor is one of the Bollywood actors, who make sure to spend quality time with his family. (Also Read: Natalie DiLuccio Shares A Picture Of Her 'Cutie Patootie', Rhythm, Says His Cheeks Are Not For Sale)

Anil Kapoor shares a very warm bond with his family and especially with his brothers, Boney Kapoor and Sanjay Kapoor. Anil stood like a pillar of strength for Boney post his wife, Sridevi’s death. At IIFA 2018, Sridevi was awarded the ‘Best Actress’ Award for her performance in the film, Mom. It was Boney Kapoor, who had received the award on her behalf and couldn't control his emotions and had broken down on stage. It was his son, Arjun and brother, Anil, who had rushed to the stage and had consoled Boney. 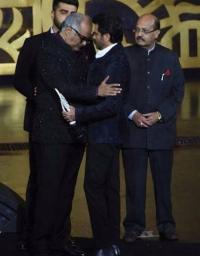 Anil Kapoor along with Aditya Roy Kapoor, Disha Patani and Kunal Kemmu graced the stage of Indian Idol 11 to promote their upcoming film, Malang. According to the reports of Janta Ka Reporter, Anil Kapoor was shown a picture with his late bhabhi Sridevi from their film, Lamhe which made the actor very emotional. He also received an emotional message from his brother, Boney Kapoor, which compounded his emotions and he broke down. The makers of the show played the special message from Boney ji, who talked about the struggles of Anil to make a name in the industry. Boney ji started his message as “There’s one year gap between Anil and I…We grew up like two friends. We went to school together. We went on dates together and did everything that one does in his youth together.” 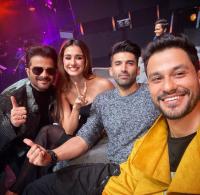 Talking about Anil's initial days, Boney ji stated, “There’s a lot of hard work behind what Anil has achieved today. He learnt music, he learnt singing. We used to live in Chembur. He used to go on the terrace to do his voice exercise. Our neighbour would think that a mentally challenged child has been born in our family.” (Also Read: Neha Kakkar Gets 'Shagun Ki Chunni' On Behalf Of Aditya Narayan And Family Ahead Of Rumoured Wedding) 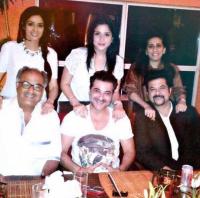 He added further how Anil ji was a big support for him and said, “We never had to wake him up on the day of his shooting. In fact, on many occasions, he never gave his clothes to laundry but he used to bring them back home to save producer’s money. He’s a fantastic brother. We started our career together. At the time of our grandmother’s death, we had decided that I would focus on production and you on acting. And he’s always been a big support for me.” 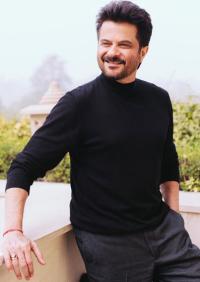 After the video, Anil Kapoor, who was overwhelmed with emotions, thanked the channel and the entire team and retorted, “Thank God, I’ve come here wearing sunglasses. At times, we actors wear sunglasses because we don’t want others to see our expression.” Seeing Anil in an emotionally vulnerable situation, actress, Disha Patani and actor, Aditya Roy Kapoor consoled him. The entire team of Indian Idol paid tribute to the jhakkas actor’s outstanding journey in Bollywood. 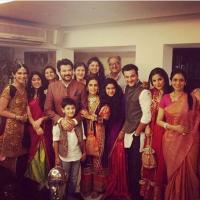 Anil Kapoor and his wife, Sunita Kapoor shared a very warm bond with Boney Kapoor’s wife and late actress, Sridevi. In an interview with SpotboyE, Anil had shared how much he and Sunita misses Sridevi. He had shared, “Sunita and Sridevi had a great bond. She really really misses her a lot. They would often speak to each other, Sunita looked up to Sridevi, a lot, a lot. As a matter of fact, the day Sri passed away, Sunita spoke to her twice. Of course, she misses her a lot. And I have worked with her, she was not only a great co-star. We have done some wonderful films together which will remain memorable. We shared a great friendship, she was a part of the family, she was a family member, she was a friend also”. (Also Read: Akash Ambani And Isha Ambani Shell Out Sibling Goals In A Post-Workout Picture) 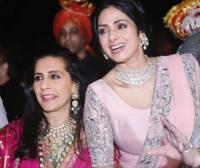 The bond between Anil Kapoor and Boney Kapoor is commendable. What do you think? Keep us posted.