Neha Dhupia’s hubby, Angad Bedi came out in support of his wife and giving a befitting reply to the trolls, he put up an array of pictures with his ‘five girlfriends’ on his Instagram. 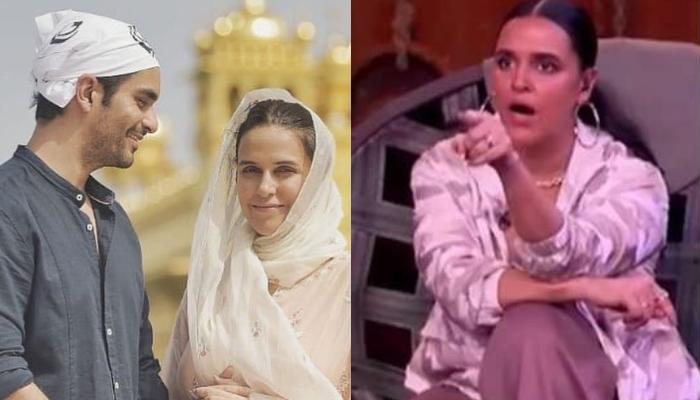 If there’s one thing that is simply unforgiven in a relationship, it has to be cheating (emotional as well as physical). Nothing can ever justify a person cheating in a relationship. And there are different ways to how the other person reacts to his/her partner cheating in a relationship. While some shout it out, some people lock themselves up in a room and cry it all out, some prefer to keep it inside them and suppress their anger. And this is the argument that has been trending on social media for the past few days, courtesy the youth-based reality show, MTV Roadies. (Also Read: Kareena Kapoor Khan Credits Her Husband, Saif Ali Khan For Showing Her The Bigger Picture Of Films)

MTV Roadies has been trending on social media for all wrong reasons as in one of the episodes, judge Neha Dhupia had slammed a contestant for slapping his girlfriend for cheating on him. When the contestant had said, “Jab mujhe pata chala ki she's cheating on me...sath mein 5 aur boyfriends the uske. When I found out, sabko ek saath line mein khada kiya, ladki ko leke aaya aur maine usko phir chaanta laga diya. Jo wo kar rahi thi woh bohot galat tha” Neha had scolded him, “Woh 1 nahin, 5 ladkon se saath jaaye. It's her choice. Maybe the problem lies with you. Nobody gives you the f*cking right to slap a girl.” And this gave rise to #FakeFeminism on social media and trolls targeted her for being a hypocrite. 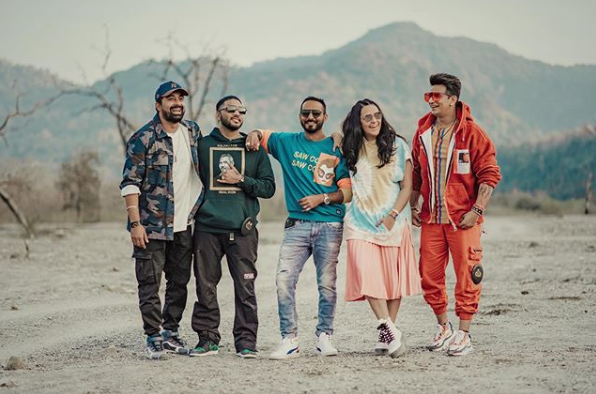 Neha Dhupia clarified her statement through a post on social media and shared that her comment on the show was misunderstood. Neha’s hubby, Angad Bedi came out in support of his wife and giving a befitting reply to the trolls, he put up an array of pictures with his ‘five girlfriends’ on his Instagram. Posting five pictures with Neha only, he wrote, “Sun MERI baat.. here are my 5 girlfriends!!!! Ukhad lo jo ukhad na hai!!!! @nehadhupia #itsmychoice.” To which, Neha commented, "My man" followed by an array of heart emojis. 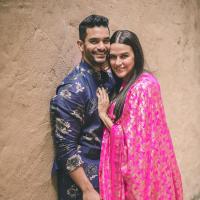 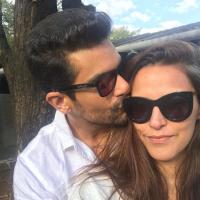 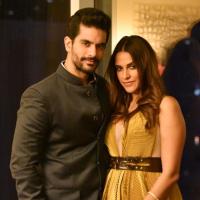 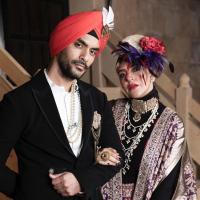 Clarifying that her statement on MTV Roadies was misinterpreted, Neha Dhupia penned down a long note and responded to the trolls, who flooded her with negative comments. Neha’s note could be read as"Roadies is a show that I have been a part of for five years and enjoyed every bit of it. It takes me all over India and gives me the opportunity to team up with absolute rock stars from all parts of the country. What I do not like or accept is what is happening for more than two weeks now! Recently during one of the episodes that aired, I took a stand against violence. A guy talked about his partner who cheated on him (allegedly) and in retaliation, he hit her by his own admission. What the girl did is a choice she made which is a moral choice regardless of someone, man or woman... adultery is a moral choice. Cheating is not something I stand for, and it is unfortunate that I have been misrepresented for the same... but what I do stand for is women's safety." (Also Read: Ayushmann Khurrana Remembers The Year 2001 When He Confessed His Love For Tahira During Board Exams) Reacting on how trolls have targeted her family members, even her 16-month-old daughter, Mehr Dhupia Bedi, Neha Dhupia’s note continued, "Sadly, as a reaction to my opinion, I have been subjected to weeks of vitriol. One of my posts had over 56k comments! Yet I was silent but now people close to me who have nothing to do with this - my family, my friends, my co-workers and even my dad's personal WhatsApp are being flooded with abuses and harassment. My daughter's page is nothing less than a barrage of abuses and this is not acceptable to me." Encouraging women to stand up against violence, Neha Dhupia ended her note with "What a man or a woman does in a relationship is their choice and moral choices are always ambiguous. But no matter what they are, they cannot lead to physical abuse. I stand by the fact that NO MATTER WHAT ... physical abuse or assault is not acceptable. Obviously, a man's physical strength is a lot more than girls and gender-based violence against women is a huge problem in our country and across the world... I urge people, whether a man or woman, to educate themselves about domestic violence... If you're a victim of abuse, please stand up for yourself. You are not alone." Angad Bedi and Neha Dhupia had embraced parenthood with the arrival of their daughter, Mehr Dhupia Bedi in November 2018. But Neha was fat-shamed for her post-pregnancy body and the media as well as netizens targeted her with negative comments. Even then, her hubby, Angad came out in support of his wifey and was quoted as saying, “We all know the process… a woman who is expecting goes through a lot of bodily changes. In fact, during the postpartum period, many mothers don’t feel attached towards her newborn. So, during such times they are quite sensitive and require special care. Still, there are people who don’t think twice before making hurtful comments about how a mother looks. I fail to understand what satisfaction they get out of body shaming others.But it takes time [to get back in shape]. She can’t compromise on her health more so when she is also breastfeeding... Those who fat shame I want to tell them being happy has nothing to do with body weight but how one leads his or her life. Neha is a strong woman; she has got back to work and is also taking care of her child. Women like her should be celebrated.” (Also Read: Ranbir And Arjun Kissing Girlfriends, Alia And Malaika On A Double Date In New York Is All Love)

What do you think of Neha Dhupia’s comments on MTV Roadies? Let us know! A guy turns into a man, the moment he holds his little angels’ tiny fingers. That is the moment, he realises what it means to be protective about someone and what it truly means to love someone being selfless. A father starts to run according to the needs of his little