Bollywood actor, Angad Bedi shared a beautiful collage, consisting pictures of him and his father, Bishan Singh Bedi, from their respective cricketing days. Take a look!

Popular Bollywood celebrities, Neha Dhupia and Angad Bedi had surprised everyone when they had posted stunning pictures from their wedding on their respective social media handles. The duo had kept their relationship a secret, and no one was able to guess that they were dating. The madly-in-love couple had tied the knot in a secret ceremony in Delhi. Neha had looked perfect in a pink-coloured lehenga, and her dapper hubby, Angad Bedi had complemented her in a white-coloured kurta-pyjama. (Recommended Read: Khushi Kapoor's Dior Saddle Bag's Price Is Equal To The Cost Of A Luxurious Vacation In The Maldives)

Moving towards Angad Bedi's personal life, not many people are aware of the fact that the Pink actor was just inches away from playing for the Indian cricket team, but it was his love for cinema, that had made him leave cricket to follow his passion for acting. Now, after all these years, it seems like he is missing his cricketing days, as he shared a beautiful collage consisting pictures of him and his father, Bishan Singh Bedi, from their respective cricketing days. Scroll down to take a look! 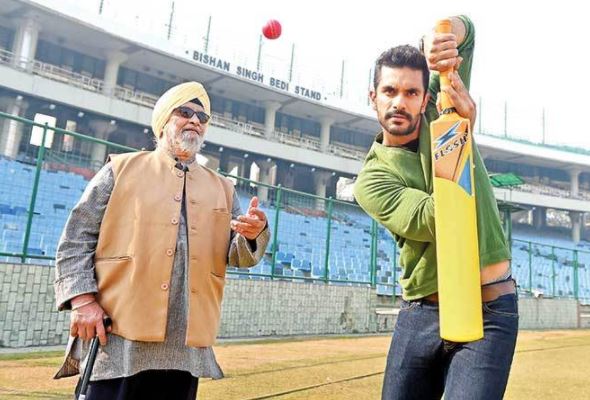 On February 19, 2021, Bollywood actor, Angad Bedi took to his Instagram handle and shared a collage consisting of two monochrome pictures on each side. The left picture was of Angad's father, Bishan Singh Bedi, former Indian cricketer, from one of his test matches. On the right side, we have a picture of Angad bowling during one of the matches of his U-19 cricketing days. The striking resemblance between Angad and his father, Bishan ji, from their identical looks to their similar bowling style, is simply a sight to behold. Along with this special collage, Angad penned a short note in the caption, and it can be read as "Just found this somewhere. Wished to share… #memories #throwback this image was taken at MIG club in Bandra." Take a look: (Don't Miss: Sachin Tendulkar's Son, Arjun Picked By Mumbai Indians At IPL 2021 Auctions, Sara Tendulkar Is Proud) For the uninitiated, Angad Bedi's father, Bishan Singh Bedi is a former Indian slow left-arm orthodox bowler, who is known for being one of the members of the famous Indian spin quartet that had featured, Erapalli Prasanna, Srinivas Venkataraghavan, and Bhagwat Chandrasekhar. Bishan ji had also captained the national side in 22 Test matches and had played a total of 67 Tests in which he had taken 266 wickets. Once in an interview with The Times Of India, Bishan ji had stated that although he is proud of his son, Angad, who has made a separate identity for himself, there's no denying that Angad could have worked harder during his cricketing days. 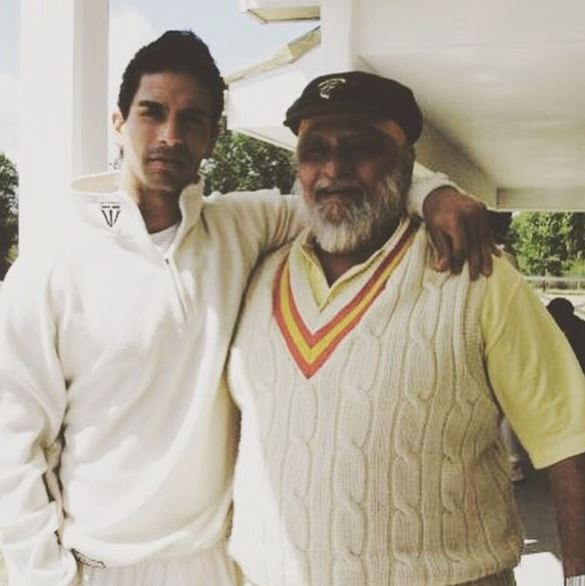 Reflecting on the same and talking about the potential of his son, Bishan ji had said, "When he was playing cricket, I don't think he was hard working. He thought that being Bishan Singh Bedi's son was good enough, but when he went to the film industry, he really worked hard there, and I am glad he did. Had he worked 25% of this on his cricket, he would have played for the country. He found his own wings to fly, he didn't want to be under the shadow of his father, but it dawned on him reasonably later." (Also Read: Kapil Sharma Poses With Daughter Anayra Sharma, Her Two Pigtails And Fluffy Hairband Steals The Show) Did you find any difference between Bishan ji and Angad in the collage? Let us know!