Kapil Sharma and Bharti Singh indulged in an Instagram Live session and as he explained his routine at home, he shifted the camera to give his fans a glimpse of his daughter, Anayra Sharma.

A stork visiting a couple with their little bundle of joy wrapped in a blanket makes the lovebirds’ life happier. Kapil Sharma and Ginni Chatrath’s lives became blissful and happier with the arrival of their firstborn, a daughter whom they have named Anayra Sharma. It was in December 2019 when Ginni had given birth to Anayra but due to his professional commitments, Kapil was not able to spend much time with his baby girl. In 2020, the quarantine phase of the pandemic had come as a blessing in disguise for Kapil as he made the most of it by spending time with baby Anayra and was there in her growing up phase. So much so that the doting father, Kapil only expressed how happy he is as Anayra had started recognising him and smiles at him. (Also Read: MS Dhoni's Daughter, Ziva Singh Dhoni's Fun Day Out At A Farm With Mommy, Sakshi Dhoni [Video])

It was on December 10, 2019, when Kapil Sharma had announced the good news of his baby girl’s arrival which was three days before his first wedding anniversary with Ginni Chatrath. Kapil had tweeted, “Blessed to have a baby girl need ur blessings love u all jai mata di.” In April 2020, Kapil had celebrated Durga Ashtami with Anayra Sharma, and his baby girl was all smiles for the camera in a super-adorable pink and yellow lehenga. Anayra had looked like sunshine with a pink hairband, bindi, teeka, and bangles. Kapil had captioned the pictures as “Jai mata di #ashtami #kanjakpoojan #daddysgirl #anayra #daughter #3monthsold #gratitude.” 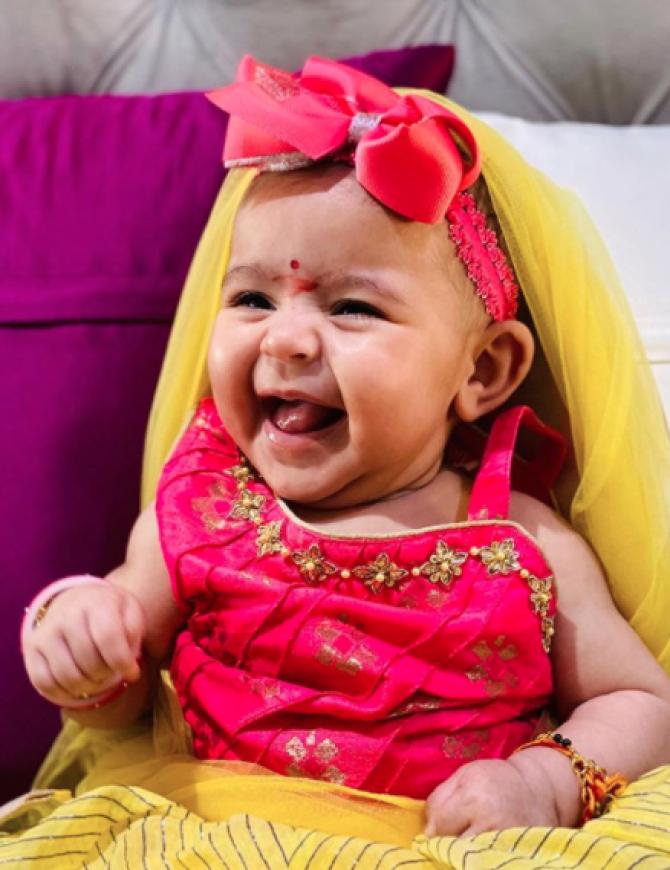 Recently, Kapil Sharma and his TKSS colleague, Bharti Singh indulged in an Instagram Live session and guess who made an appearance? It was none other than Kapil’s soon-to-be one-year-old daughter, Anayra Sharma. As Kapil had described his routine of playing with Anayra and then sleeping because he gets tired, he shifted the camera to his ‘baby’, who was chilling in her stroller. Looking adorable in a black tee and leggings with her pink headband, Anayra stole our hearts once again with her cuteness.

To mark Anayra Sharma’s first Daughter’s Day, Kapil Sharma had delighted his fans with adorable pictures of his baby girl and we still cannot get over the overdose of her cuteness level. Sharing a picture in which he could be seen kissing his daughter on her head as she had posed for the camera and another one, wherein she had flaunted her swag in sunglasses, Kapil had captioned his Daughter’s Day post as “Thank you for making our life more beautiful my laado #blessings #happydaughtersday #daughter #anayrasharma.” (Also Read: Sara Ali Khan Makes Badi Amman, Sharmila Tagore's 76th Birthday Special, Shares Celebration Pictures) For the uninitiated, a month before Kapil Sharma and Ginni Chatrath’s baby girl, Anayra Sharma’s first birthday, the reports were rife that the couple might welcome their second child in January 2021. If a report by The Times of India was to be believed then Kapil and Ginni are soon going to welcome their second child and a source close to the couple had revealed that the soon-to-be mommy is in her third trimester. On December 10, 2020, Anayra will celebrate her first birthday and going by the reports, the little one will be promoted to a ‘big sister’ in January 2021. 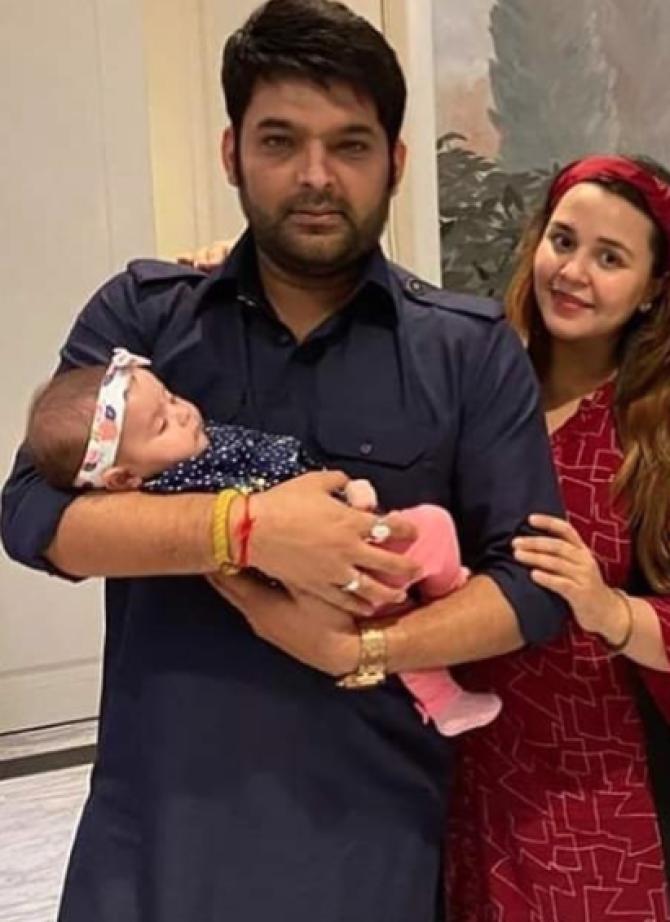 On Karwa Chauth 2020, Bharti Singh had given a glimpse of the waiting-for-the-moon phase on her Instagram Live with Ginni Chatrath and that was when we had gotten a glimpse of the alleged soon-to-be mommy, hiding her baby bump with the dupatta. For the Karwa Chauth celebrations, Ginni had opted for a beautiful plain anarkali with a heavy dupatta. Ginni’s baby bump is visible in a small appearance that she had made in the video. Here are the screenshots of the same: 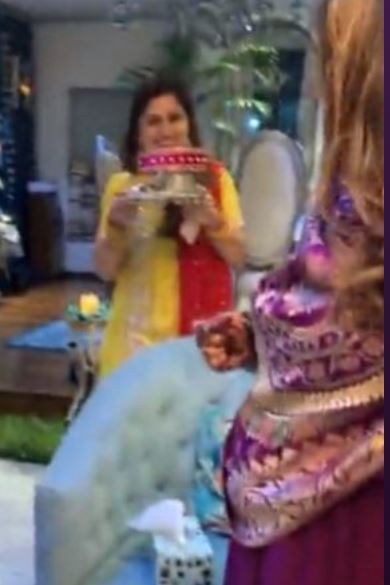 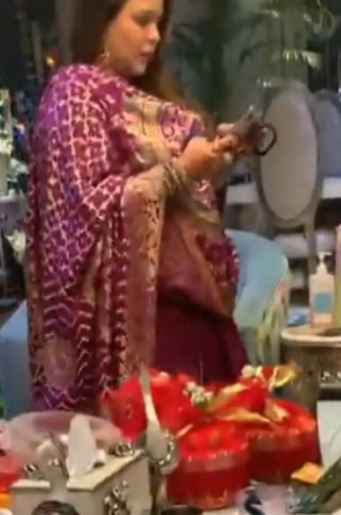 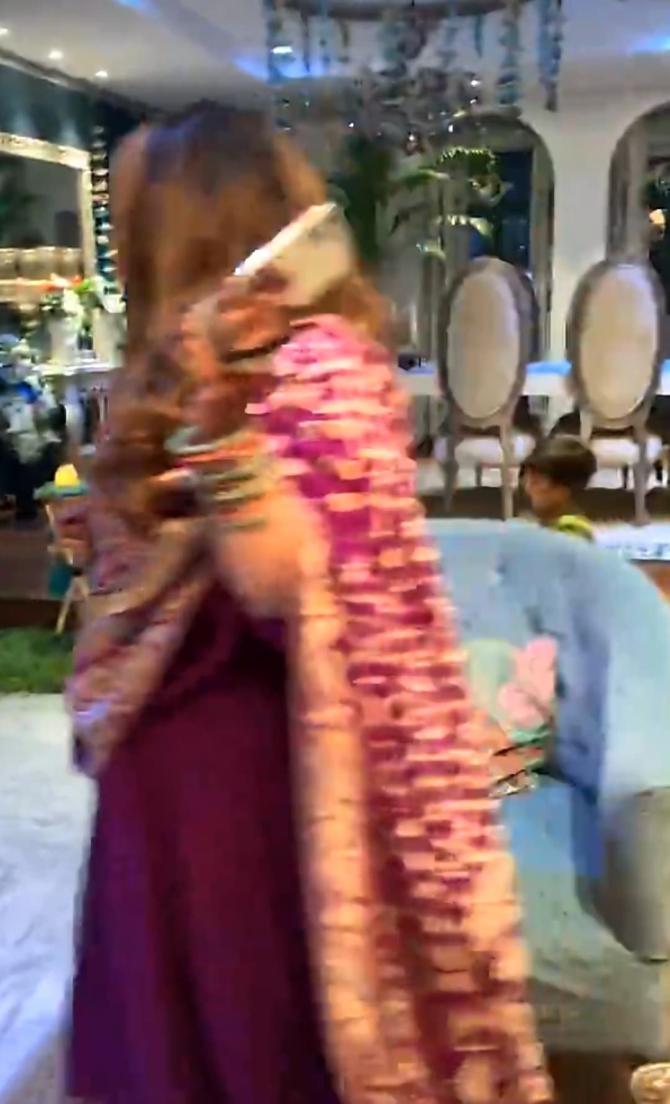 Diwali 2020 had marked to be the first one for Kapil Sharma and Ginni Chatrath’s daughter, Anayra Sharma. For the Diwali celebrations, Kapil had twinned with his mother in blue and Ginni had twinned with her baby girl in black. For one of the pictures, Ginni could be seen hiding her baby bump behind a chair as the family had posed for the camera. Sharing the pictures, Kapil had written, "A very Happy Diwali from me and my family to you and yours. #diwali #celebrations #family #smile #happiness #blessings #gratitude." (Also Read: Sania Mirza Shares A Cute Picture Of Her Son, Izhaan Mirza Malik Enjoying The Holiday Season) 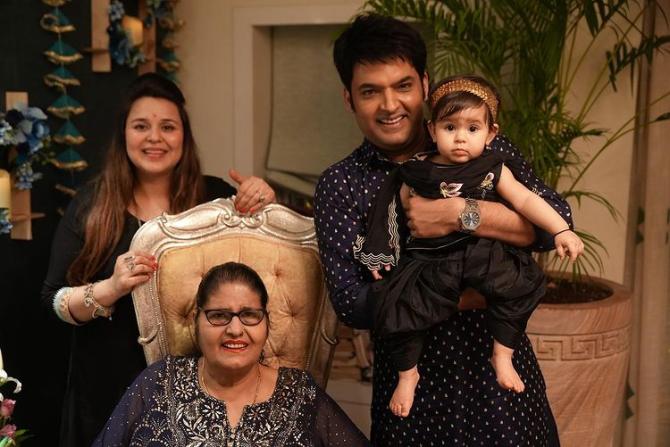 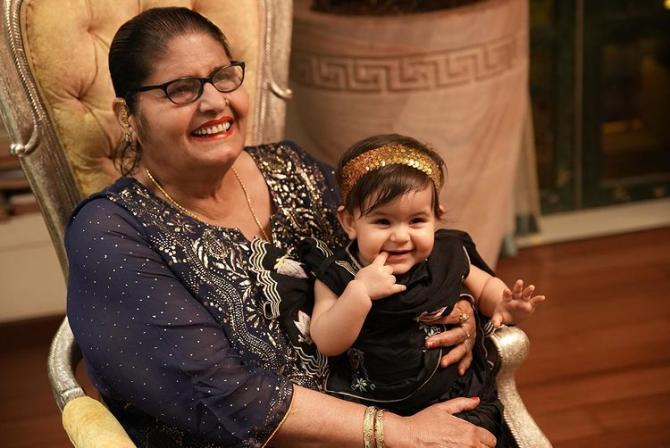 Can’t wait to see how Kapil and Ginni will be celebrating Anayra’s first birthday! Popular comedian, Kapil Sharma is one of the most loved celebrities in India. His show, The Kapil Sharma Show, is nothing less than a much-needed laughter medicine for millions of people out there. However, there's another side of this exceptionally talented comedian, often left undiscovered by many people. The way