Kartik Aaryan and Ananya Panday's rumoured relationship has always been under the media glares. On December 15, 2019, the two were clicked together while partying till early morning.

In the world of glitz and glamour, hiding relationships sometimes becomes impossible. A world where your personal life hardly remains private and whatever you do becomes news is one of the biggest drawbacks of being a celebrity. Whatever a celebrity does become a topic of interest for their fans and with the rise of social media, everything is out there. Whether dealing with heartbreak or finding a new love, a celebs' personal life is always under the scanner of paparazzi. (Also Read: Parth Samthaan Welcomes Home A Brand New Mercedes Benz, His Mom Proudly Helps Him To Unveil It)

Talking about paparazzi, the upcoming actors of Bollywood are very friendly with them. We have seen how Sara Ali Khan, Janhvi Kapoor and Ananya Pandey always makes sure to pose and greet the paps. Among the favourite lot, Ananya always tops the list with her enchanting smile and humbleness. Ananya had made her Bollywood debut with the film, Student of the Year 2 and had won many hearts with her acting skills. Ananya, who had begun her career quite early has proved that acting is in her genes. It was Ananya’s father, Chunky Panday who had once revealed that he was surprised and emotional at the same time when he saw his daughter on the screen for the first time. 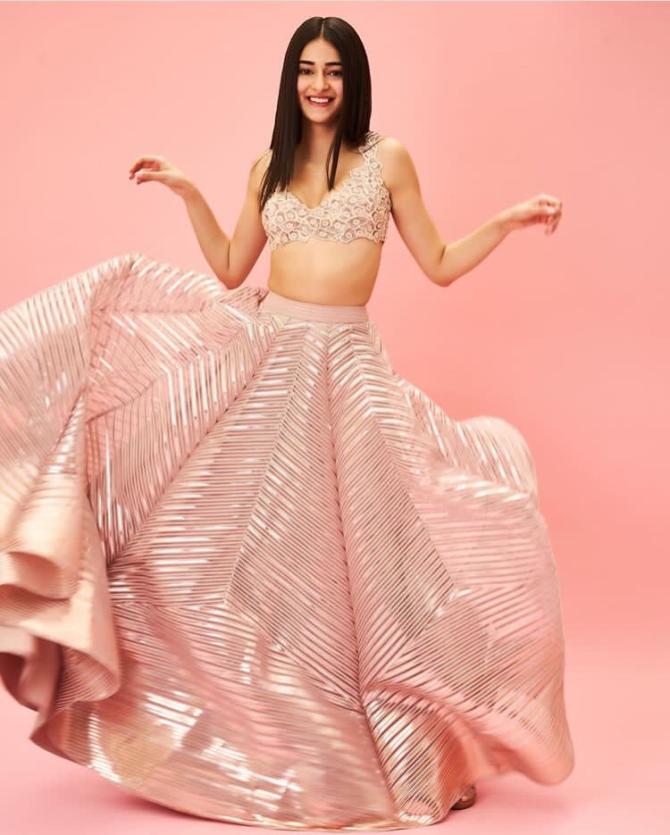 Ananya has been rumoured to be dating her Pati, Patni Aur Woh co-star, Kartik Aaryan. Although the two had never addressed the same, their camaraderie speaks volumes on the comfort they share with each other. On December 15, 2019, Ananya and Kartik stepped out together while partying till early morning. While Kartik went straight to his car, it was Ananya who posed and smiled for the paps and also made sure to greet them with a ‘Good Morning.’ Kartik spotted a cool casual look in a white t-shirt paired with black bottoms and black jacket while Ananya looked gorgeous in a white skirt and lemon coloured top.

Ananya Panday had time and again been linked with Kartik Aaryan and when the two had signed the film, Pati Patni Aur Woh, the rumours got more momentum. In an interview with the Bombay Times, Ananya’s father, Chunky Panday was asked about the advice he would give his daughter to deal with the ongoing rumours and he had replied, "She got linked very early on in her career, but as they say, you live and die by the sword. It happened then and it happens now. You can’t control it, whether you’re married or single. I only tell her to take it in her stride, what else can I advise her on this? Even as an actor, when she asks me my opinion on her scripts, I don’t say much, because I want her to make her decisions and stand by those, forever." (Also Read: Vivek Dahiya Turns Wife, Divyanka Tripathi Dahiya's Birthday Extra Special With A Dinner Date) In an interview with India Today, Ananya had spoken about her dream wedding and had revealed that it is her dream to dance to her own songs on her sangeet ceremony. The Pati Patni Aur Woh actress had also said that she wants a dual wedding ceremony with destinations including Udaipur or the beaches of either Bahamas or Maldives. She had further stated that she would love to have a wedding just like Kalki’s in the movie, Yeh Jawaani Hai Deewani and would also throw a big party for all her friends, family and industry people. 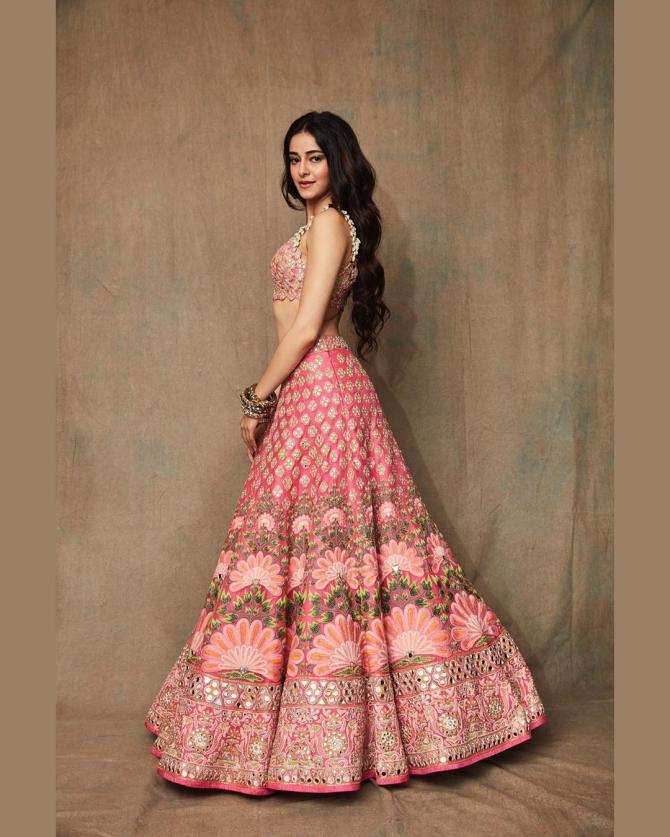 In an interview with the IANS, Ananya Panday, who had made her debut with Student of the Year 2, had talked about how her life changed after the film. She had shared, "Life has definitely changed after I did Student of the Year 2. Now, people recognise me more. It feels you have now earned a name. But I try to behave as much normal as I can. I try to be a normal teenager which I am. I hang out with my friends and my family. I try to do as many normal things as I can." (Also Read: Kareena Kapoor Khan Reveals Her Plans For The Second Baby And Expanding Family After Taimur) Well, what do you think about Ananya and Kartik's chemistry? Keep us posted.