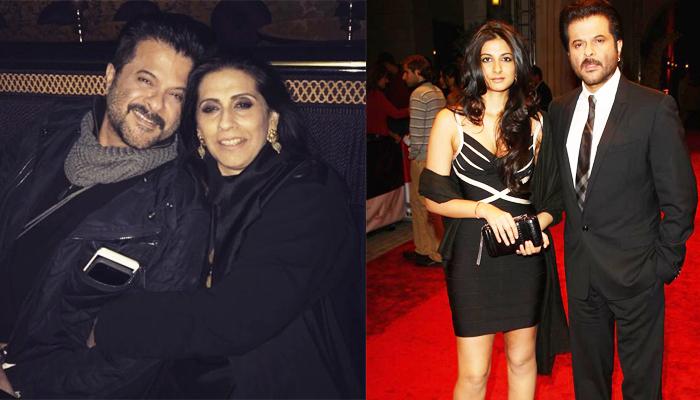 There is no cuter moment than a father and daughter pulling each other’s legs and if they are celebs, then their little tales on social media are very adorable. Such is the case with the father-daughter duo, Anil Kapoor and Rhea Kapoor. (Also Read: Sunny Leone Posts A Family Picture Outside A Gurudwara, Thanks Her Hubby Daniel For Giving Best Life)

So, Anil’s wife, Sunita Kapoor was in Austria and got back home a couple of days ago. While Anil was texting his wife, a friend clicked a candid picture of the 61-year-old actor. Anil shared the dapper pic on his Instagram handle and captioned it, “A candid shot captured by #SurajVyas @suraj13, while I was messaging the love of my life @kapoor.sunita!! She’s coming home from Austria after 10 days tonight and I can't tell you how long these days have been! #OldSchoolRomance”. Take a look at the picture: 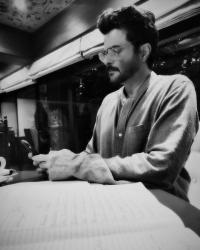 To this, Anil’s daughter, Rhea Kapoor commented, “Dad you are the definition of extra” and very wittily, Anil replied, “Darling, you forgot to add ordinary #ExtraOrdinary”. Amidst this cute father-daughter moment, Anand Ahuja, Anil’s son-in-law and Sonam Kapoor’s husband, jumped in and enjoyed the show by writing, “hahaha”, followed by a face-palm and ROFL emoticon. 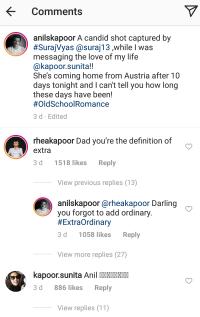 Anil Kapoor is very loving of his son-in-law, Anand Ahuja. In an interview recently, he revealed that Anand is like a best friend to him and before relatives, they are pals. Anil was quoted as saying, “What father-in-law? From the beginning, I made it very clear to Anand that I was going to be his friend and not his father-in-law. So, the ice was melted even before it was frozen. Anand was a part of our family from a very long time. We are pals first, relatives later”. 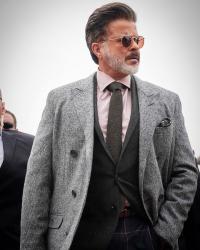 Papa Anil also commented on the old-fashioned thinking about marriage of an actor means a slump in her career. He retorted, “This is such an old-fashioned way of looking at an actor’s career. I don’t think anyone becomes less popular because he or she is married. When I married my wife Sunita in 1984, I was told my popularity would wane. I was determined to prove the cynics wrong. In fact my actual success as an actor started after my marriage”. (Don't Miss: Suresh Raina's Birthday Wish And Surprise For Wife Priyanka Chaudhary Raina Is Winning The Hearts) 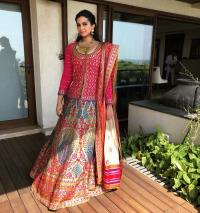 Speaking of Anil and Rhea, we all know that the recently released film Veere Di Wedding was co-produced by Anil and Rhea themselves. Commenting on the film’s success, Anil said, “More than me this is good news for our production company. A successful film means all of us –my daughters Rhea and Sonam and me—are on the right track as film producers”. (Suggested Read: Comedian-Actor Sidharth Sagar And Girlfriend Subuhi Joshi Kiss In a Romantic Video After Patch-Up)

Wow! Be it professionally or personally, there can be no other daughter-father duo like Anil Kapoor and Rhea Kapoor.