Anand Piramal: Here Is Everything You Need To Know About Isha Ambani's Fiance

Anand Piramal: Here Is Everything You Need To Know About Isha Ambani's Fiance 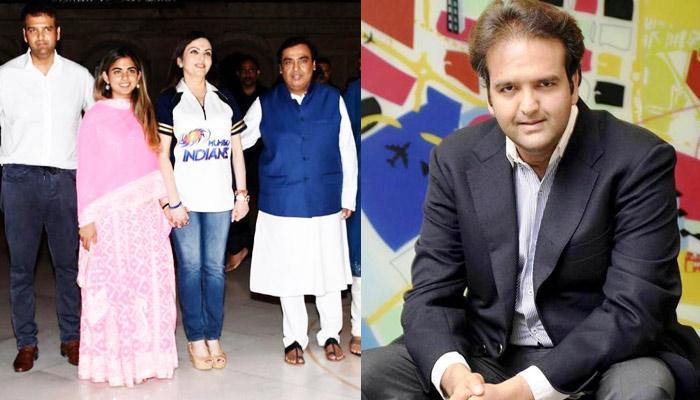 Well, 2018 is undoubtedly the year of celebrations and weddings. The list of celebs and public figures walking down the aisle is just not stopping, as names are being continuously added one after the other. One amongst many grand weddings this year is going to be the wedding of Asia's richest man, Mukesh Ambani and Nita Ambani’s daughter, Isha Ambani. Isha, is no more single and has accepted the proposal of Anand Piramal, the son of a billionaire, Ajay Piramal and wife Swati Piramal. As per the reports, the daughter of Ambanis’, Isha will tie the knot with Anand in December 2018.

Ever since the beautiful damsel, Isha, accepted the proposal extended to her by her long-time friend, Anand, people have been curious to know about their wedding preps and each and every minutest of detail. Now, as per the latest reports, Isha and Anand are officially getting engaged at Lake Como in Italy, and it will be a three-day affair starting from September 21, 2018 till September 23, 2018. But before we get all excited about their engagement and the upcoming wedding, do we even know who Anand Piramal is? So, here is the answer for you all:

Anand Piramal is the son of an Indian industrialist, philanthropist and social entrepreneur, Ajay Piramal. Anand Piramal’s father Ajay Piramal, is the Chairman of the Piramal Group, a conglomerate with interests in financial services, healthcare analytics, pharma, glass packaging along with many others.

You May Also Like: Shloka Mehta: Everything You Need To Know About Akash Ambani's Fiancee And How They Met

Ajay Piramal’s bio on his official website could be read as (excerpt from it):

“Mr. Ajay Piramal is the Chairman of Piramal Group and Shriram Group that has a combined market cap of USD 13.12 billion and revenue of USD 4.53 billion. He is one of India's leading industrialists, philanthropists and social entrepreneurs.”

Anand’s Education and what does he do now?

Anand Piramal is a University of Pennyslavia graduate and was a part of the batch 2006. Anand is also an MBA degree holder from one of the world's prestigious schools, Harvard Business School in the year 2009 and he successfully completed it in the year 2011.

As far as Anand’s career is talked about, he is the youngest president of the Indian Merchant Chamber – Youth Wing. Also, Anand is currently the Executive Director of Piramal Group and is heading the real-estate business for them as well. In addition to this, Anand is the founder of a start-up named, Piramal eSwasthya, which is basically focused to democratise healthcare.

Currently, as per his business portfolio, he has done a commendable job. He was able to raise USD 434 million from Goldman Sachs and Warburg Pincus for the growth of the company. Not just this, he was also honoured with the Young Leader Award from the Hello Magazine. Following is what his profile on their official website could be read:

"The awards recognize Anand's role in steering Piramal Group's successful foray into the real estate industry and growing Piramal Realty to one of the most admired real estate companies."

Anand has had good ties with the Ambanis and shares a very cordial bond with them. Some time back, in fact, Anand was in the news when he acknowledged his would-be father-in-law, Mukesh Ambani for encouraging him and pushing him to go for entrepreneurship. Piramal shared:

"I asked him whether I should get into consulting or banking."

As per reports, Anand proposed Isha earlier this year in 2018 during their family holiday in Mahabaleshwar. He had apparently popped the question at a temple in Mahabaleshwar and the girl, of course, said ‘yes’ to him. The couple then celebrated the occasion with a lunch, which was joined by both the families. And now, Isha and Anand officially got engaged on September 21, 2018, and the celebrations went on till September 23, 2018. Isha and Anand will exchange wedding vows on December 12, 2018, and the families have officially released a statement to confirm the wedding. It could be read as:

"We are delighted to share that the marriage of Isha Ambani and Anand Piramal will take place in the residence of Shri Mukesh Ambani and Smt. Nita Ambani in Mumbai with family members and close friends on 12th December, 2018. The ceremonies will be performed in accordance with Indian traditions, customs and culture. During the weekend prior to the wedding, the Ambani and Piramal families will host their friends and family in Udaipur, where they are partnering with artisans and craftsmens to integrate local culture and traditions into the festivities. Both families seek the blessings and good wishes of everyone for Isha and Anand as they start their journey of togetherness. Nita and Mukesh Ambani Swati and Ajay Piramal."

Isha Ambani and Anand Piramal make an outstanding couple together. We wish them all the happiness and years of togetherness! 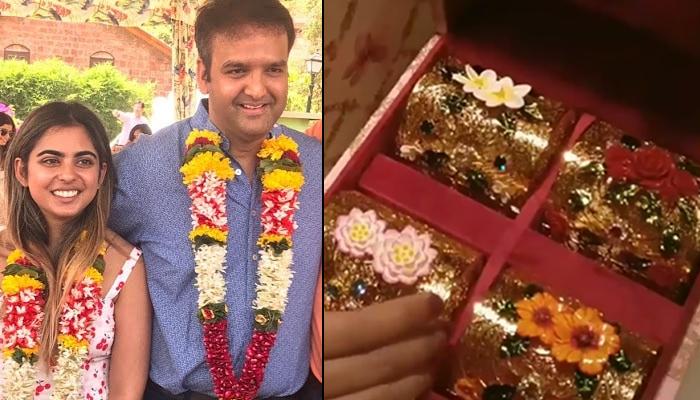 When it comes to the Ambani family, they have time and again taken everyone to a surprise with their royalty and are exemplars of how to live life king size. Being a synonym to royal, Ambanis have yet again flabbergasted us with the most magnificent wedding invite of Isha Ambani and