The power couple of Bollywood industry, Sonam K Ahuja and Anand Ahuja had a perfect long-distance relationship, which was later on upgraded into a long-distance marriage quite perfectly for some time and made us believe in the power of true love. The duo has been giving major couple goals to the millenials for some years now. From Diwali, Christmas to New Year, they never miss an opportunity to travel miles to be with each other. There's no doubt that Sonam K Ahuja and her husband, Anand Ahuja are one of the most admired and adored couples of the entertainment industry. (Recommended Read: Richa Chadha Is Glad To Have A Partner Like Ali Fazal In Her Life, His Reaction Is Unmissable)

Sonam Kapoor and Anand Ahuja had taken their love to the next level and had tied the knot on May 8, 2018. They had exchanged their wedding vows in a beautiful and traditional ceremony. The lovebirds had gotten married in a Sikh-style wedding as per the norms and rituals followed by an Anand Karaj. For the uninitiated ones, Anand Karaj is a Sikh marriage ceremony, which means "Blissful Union" or "Joyful Union". This ceremony happens in the presence of Guru Granth Sahib Ji. And everyone present at this ceremony must cover their heads to pay respect to the Almighty. 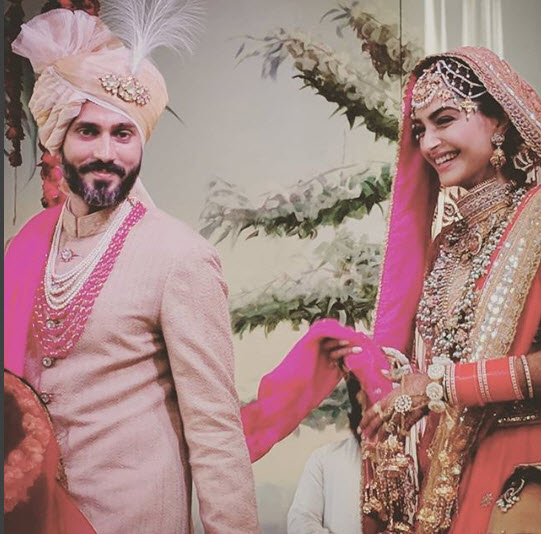 On February 26, 2021, Sonam K Ahuja's mother, Sunita Kapoor's beautiful wish for her samdhan ji, Priya Ahuja, the famous jewellery designer, took to her Instagram handle and shared two breathtakingly beautiful pictures of Priya ji from Anand and Sonam's wedding. On one side, the first picture was a solo one of the birthday lady, where she had looked gorgeous in her traditional look. On the other side, the second one was a group photo in which we can see Priya being accompanied by her husband, Sunil Ahuja and her samdhan, Sunita Kapoor. Along with the pictures, Sunita ji penned a beautiful note for Priya ji, and it can be read as "Happiest bday to one the nicest, kindest, warmest and the most wonderful person I know. Sonam and Anand are so lucky !!! Have a great bday. Abundance of love and blessings ... will celebrate soon." (Don't Miss: Samantha Akkineni Celebrates 11 Years Of Her Debut Film With Naga Chaitanya, Posts An Adorable Video) 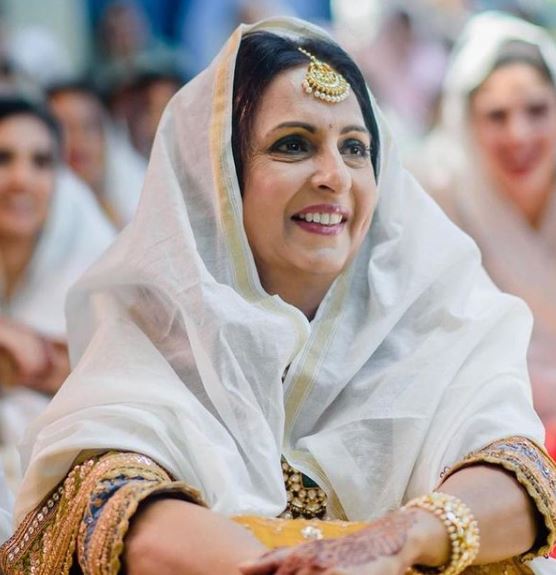 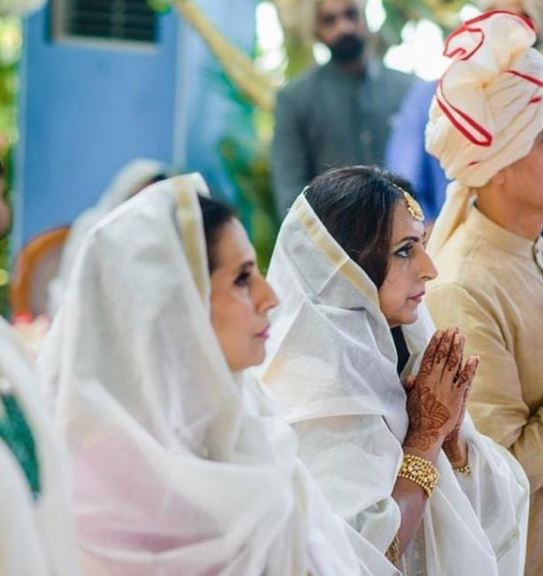 A few minutes earlier, Sonam K Ahuja also took to her IG handle and shared a set of some unseen stunning picture with her mother-in-law, Priya Ahuja to wish her on her birthday. Along with the pictures, the doting daughter-in-law penned down a cutesy note in the caption and it can be read as "I am Once blessed with a wonderful mother; twice blessed with my mother-in-law. You’re selfless, patient, compassionate, loving—and so many other great things that make you so special (and make us so lucky!) We’re so grateful for you and your love – I’m the luckiest daughter-in-law in the world. Wishing the very best mother-in-law the very best birthday! Love you mom!" 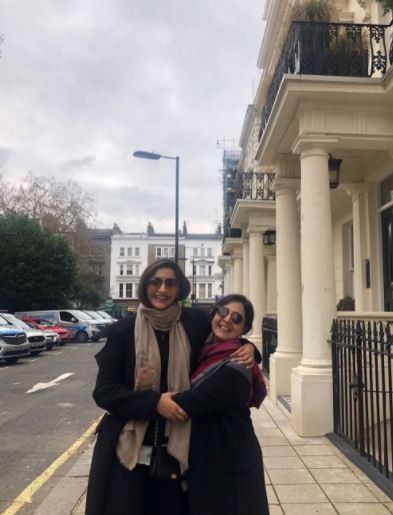 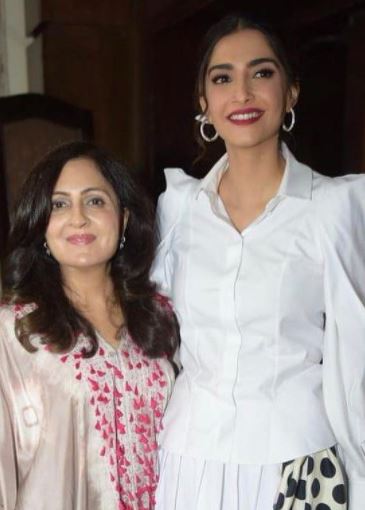 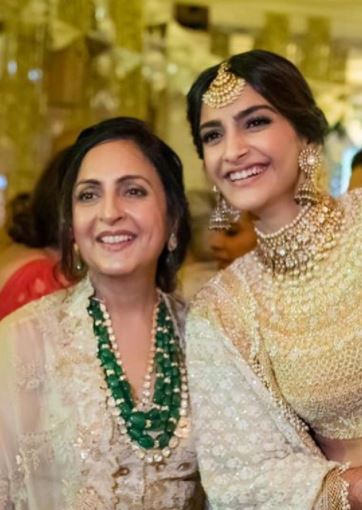 On the other side, Priya Ahuja's son, Anand Ahuja took to his Instagram stories and shared two cutesy pictures of his mother on her birthday. In the first picture, we can see Anand having a conversation with his mom, Priya on a video call and the mother-son duo looked delighted while talking to each other. Atop the screenshot of their video call, Anand added some celebratory emoticons and tagged his mother. In another story, Anand shared a picture of his mother hugging his wife, Sonam K Ahuja. Anand put a flying butterflies' GIF atop the priceless photo. The doting son also shared his mother-in-law, Sunita Kapoor's IG post on his stories, and it speaks volumes about their warm bond. Take a look: 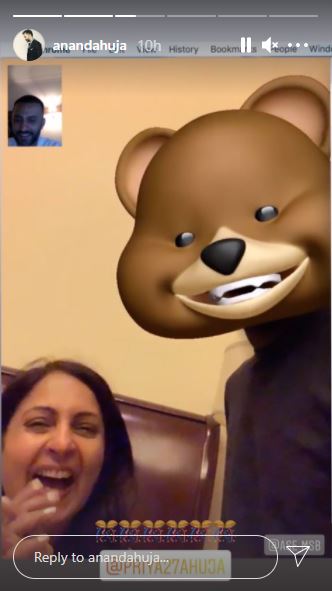 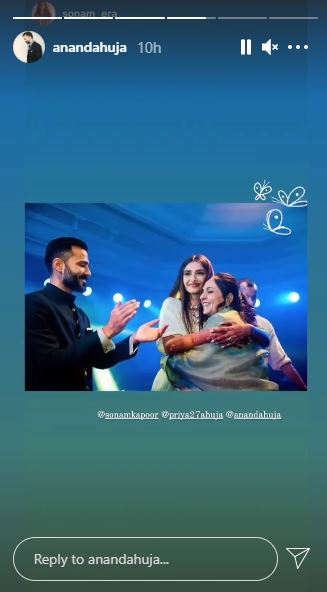 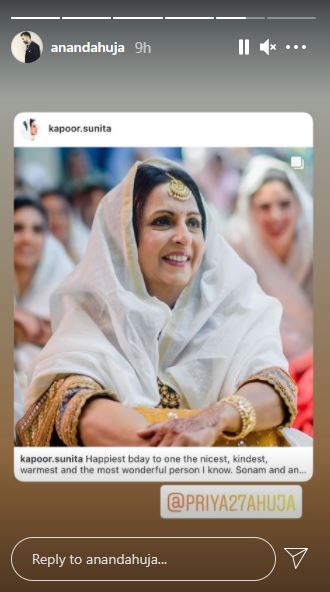 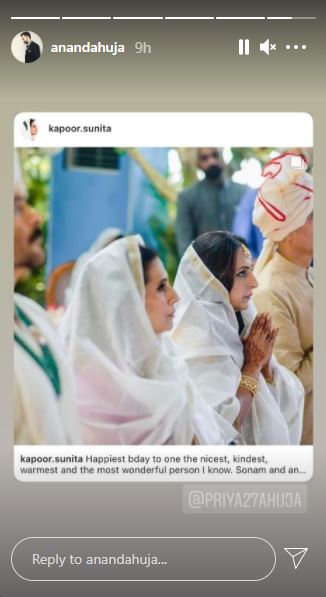 On February 28, 2019, Sonam had shared a special birthday wish for her mother-in-law, Priya Ahuja. In the picture, Sonam could be seen giving a tight hug to Priya ji, and along with it, she had written a heartfelt wish for her, and it could be read as "Happy happy birthday, mom.. you're the best in the whole world.... missing home and food and your pampering.. love you lots @priya.ahuja27 #bestmominlaw #birthdaygirl #27feb #youngestparent." (Also Read: Alaya Furniturewalla Spotted With Alleged Beau, Aaishvary Thackeray And Could Be 'Saasu Maa', Smita) 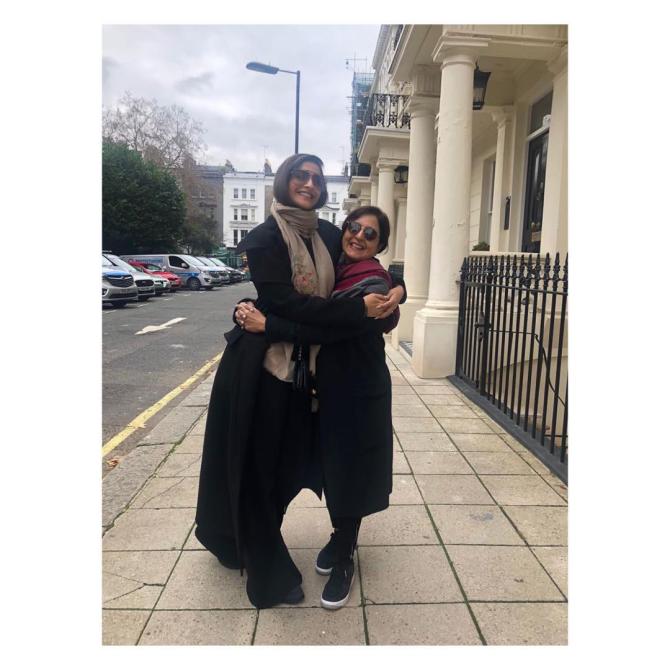