What could be better than marrying a guy who is proud of your work and achievements and doesn’t shy away from saying that you inspire him? While we all were just recovering from the fairy tale big fat Punjabi wedding of Sonam Kapoor and Anand Ahuja, the newly-weds gave us another reason to gush over their romance. (Also Read: Excited Anushka Sharma Watches Virat Kohli's Match In Vanity Van Wearing Hubby's T-Shirt)

The Veere Di Wedding actress flew to French Riviera on May 13, 2018, to attend the ongoing 71st Cannes Film Festival. As soon as Sonam left for the Festival de Cannes, she shared a picture with her hubby, Anand Ahuja on her Insta story and captioned it, "Miss my guy." On the other hand, Anand is also missing his lady-love to the fullest, so he shared an Insta story which could be read as, “So proud and motivated by you and your team of hardworking super talented and overall glamorous girls. Best of luck @Cannes” And now, when newbie bride Sonam Kapoor finally walks the red carpet at the Cannes Film Festival on May 14, 2018, she was at the top of her fashion quotient. Sonam made her first international appearance as a married woman in a Ralph and Russo starlight lehenga. The Veere Di Wedding actress, who is the brand ambassador of cosmetic brand L’Oréal, wore an ivory top and voluminous skirt with a train which had a drape detail on one sleeve that mimicked a dupatta. Sonam accentuated her ensemble with loosely tied braided hair and accessorised it with jada choti by Amrapali. Even her bridal mehendi complemented her look well! (Also Read: Neha Dhupia Makes 1st Appearance With Hubby Angad Bedi, Wears No Jewellery But Chooda With Her Gown) The doting hubby, Anand Ahuja couldn’t resist from admiring his darling wife’s Cannes look and shared it on his Insta story. He captioned it with hashtags, #ProudHusband and #Inspired. Anand also hailed his wifey with the ‘queen with the crown’ emoticon. Check it out here: 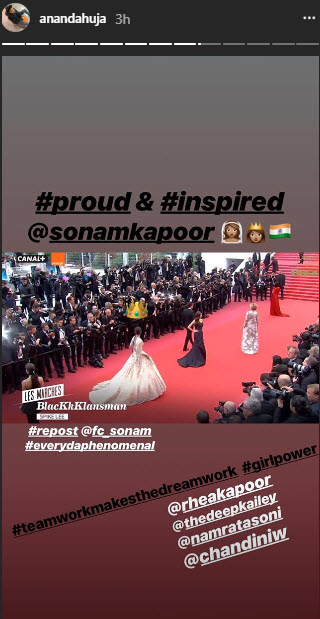 Sonam Kapoor Ahuja and Anand Ahuja got back to their professional commitments soon after their wedding ceremonies. As per the reports, their honeymoon too won’t happen anytime soon. A source stated to a leading media portal, “Anand won’t be at Cannes with her, but the couple is planning an October-November honeymoon which will be delayed because of the bride-to-be’s choc-o-block schedule.” (Also Read: Sonam Kapoor Ahuja Shares A Romantic Moment With Hubby Anand Ahuja Before Going To Cannes Festival) 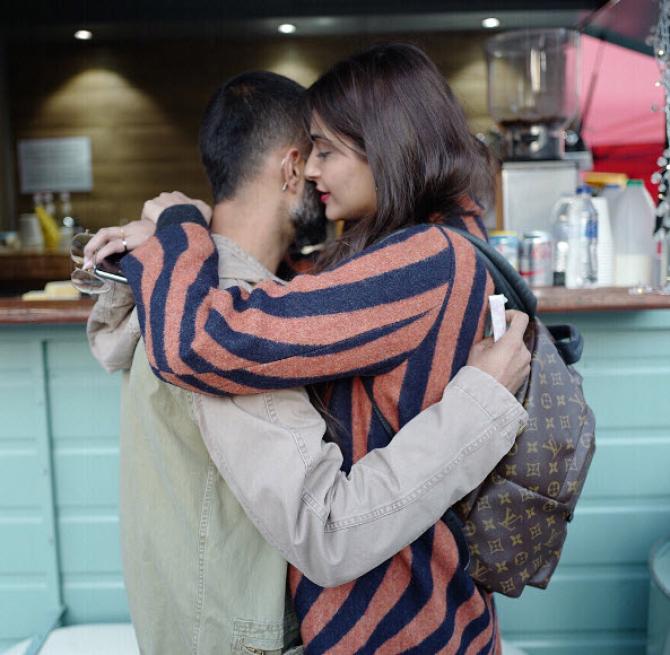 Love is in the air for the newly-married couple, Sonam and Anand. After taking their wedding vows in a day Gurudwara wedding on May 8, 2018, the lovebirds hosted a star-studded wedding reception at the night. Sonam and Anand not only danced their heart out with all their friends from the industry and relatives but also danced together, arms in arms, the whole night. On May 11, 2018, Anand shared some lovestruck pictures of them on his Insta handle, and captioned it, “Its wonderful to be loved. It’s profound to be understood. #EverydayPhenomenal #TBT." (Also Read: Alia Bhatt Blushes When Asked About Her Relationship Status With Ranbir Kapoor On 'Aap Ki Adalat') 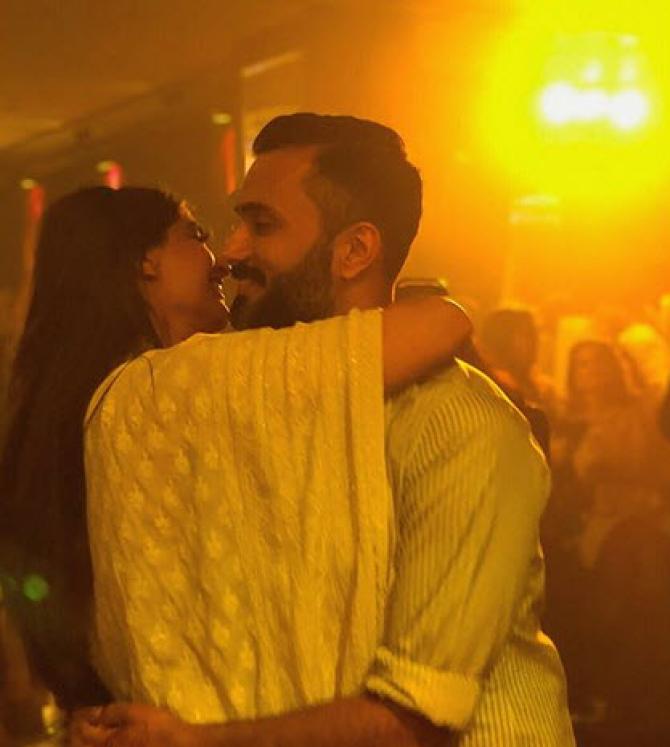 Sonam Kapoor Ahuja and Anand Ahuja’s lovey-dovey posts on social media are giving all their fans the mushy feels. 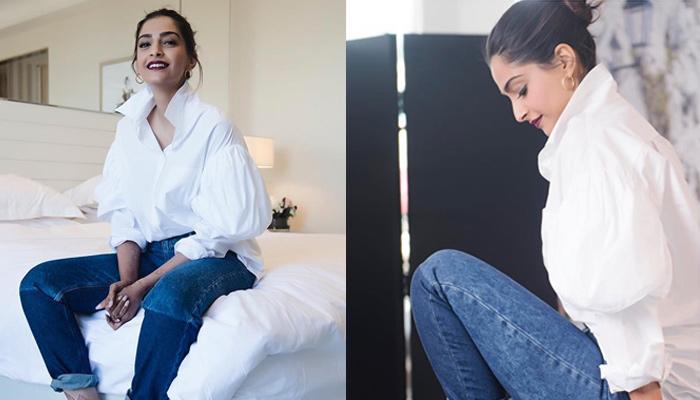 Whenever Sonam Kapoor Ahuja walks the red-carpet at Cannes with her ‘oh-so-stylish’ oomph quotient, it makes us wonder why Cannes has to be held just once a year! Every time she walks by, posing for an array of shutterbugs, our heart skips a beat. Admit it! (Also Read: Mrs Sonam