Sonam Kapoor became Sonam Kapoor Ahuja on May 08, 2018 when she tied the nuptial knot with Anand Ahuja in a star-studded wedding ceremony. After dating for a long-time, Sonam finally got married to her entrepreneur boyfriend, and she is quite enjoying her marital life. (Also Read: Unseen Pictures And Videos From Sonam Kapoor And Anand Ahuja's Sikh Wedding And 'Anand Karaj')

On Sonam Kapoor’s birthday i.e on June 09, 2018 hubby Anand Ahuja did something for his wifey which is every newbie bride’s dream. As her birthday gift, Anand bought Sonam Kapoor and her sisters, Janhvi Kapoor, Khushi Kapoor, Anshula Kapoor and Rhea Kapoor, tickets for a Beyonce and Jay-Z’s concert and the girls couldn’t be happier. Sonam Kapoor shared stories from the concert and in of those, she thanked her hubby Anand and wrote, “Thanks so so much @anandahuja for the best night ever with my girls. @beyonce and #jayz were amazing! Best birthday gift ever!”. 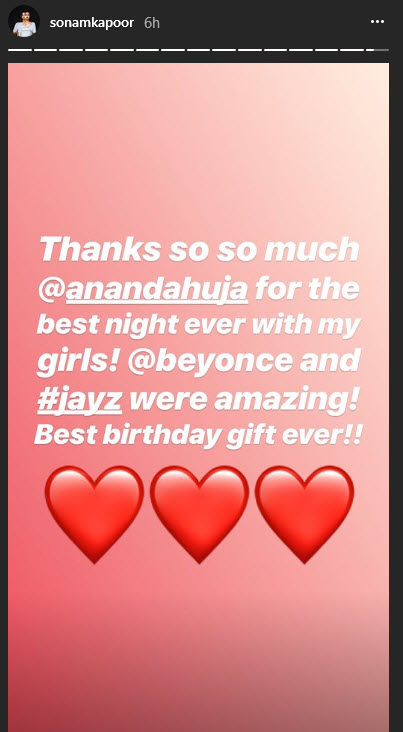 In other stories, we can see that Sonam’s sisters, Janhvi, Khushi and Rhea are all elated and enjoying the concert to the fullest. Take a look at the stories: 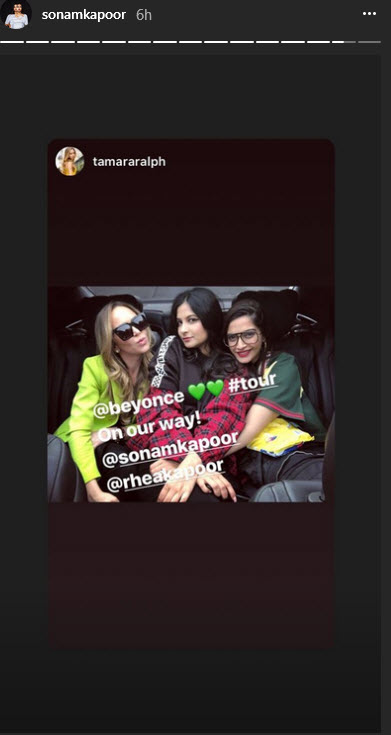 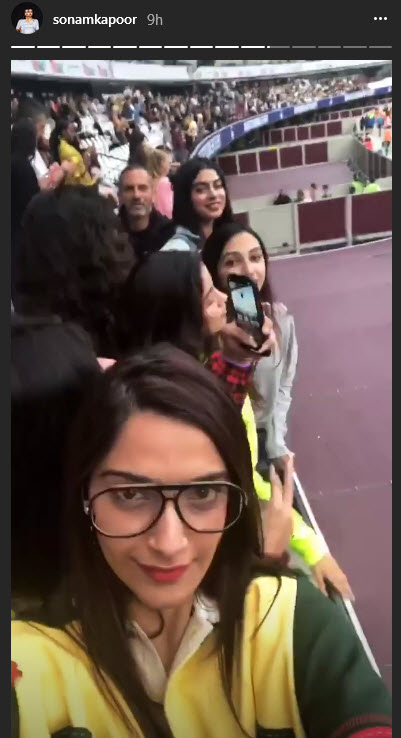 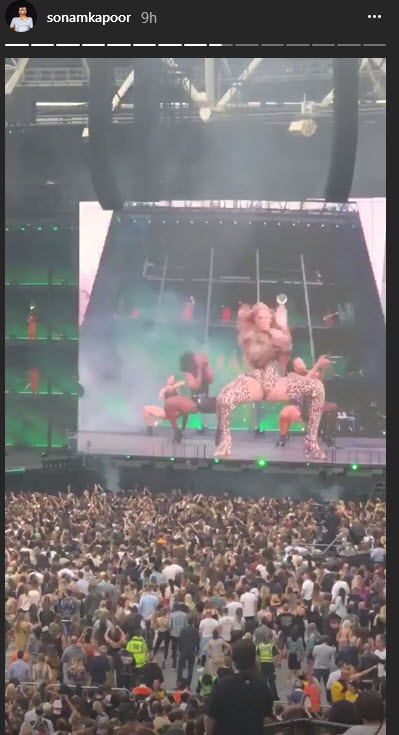 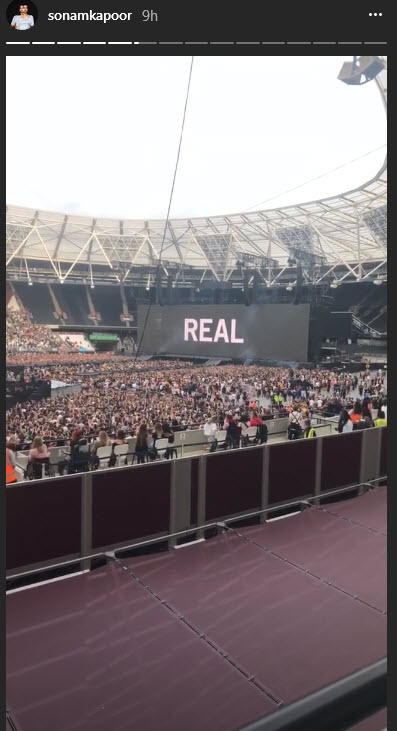 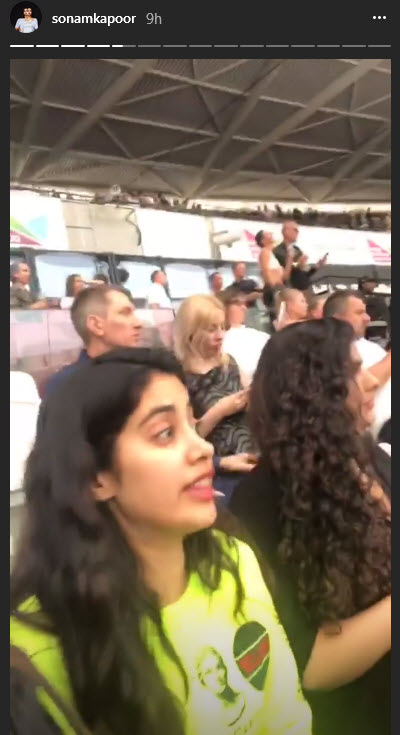 On Sonam’s birthday, Anand had also taken to social media and shared a lovely birthday message for his wifey by writing, “The look when @sonamkapoor sees her birthday (cake). That’s just my way of downplaying just how breathtaking this picture is! Happy Birthday”. And he shared this pic with the caption: Could buying Beyonce and Jay-Z concert tickets be one of Sonam’s dreams for Anand to fulfil? Confused? Well, on their wedding, Sonam gifted her hubby a collection of poems and earlier, in the Simi Garewal show, she had revealed that in those poems, she had penned down a few dreams that she wants her man to fulfil for her. (Read More: Sonam Kapoor's Wedding Gift For Anand Ahuja Is The Most Priceless Gift He Will Ever Receive In Life) She was quoted as saying, “I have written quite a few poems but there was this one poem that I wrote when I was around 16 years old. It is called Ambition. I had promised myself that as soon as I find the person that I'm going to be with, I'm going to give him that poem. The day I get married, the poem will be with that man and I'll say that this is what I want my life to be like and hopefully, we can work together towards this”. (Also Checkout: 10 Bollywood Ex-Couples Came Under One Roof For Sonam's Reception, Here's What Happened Inside) 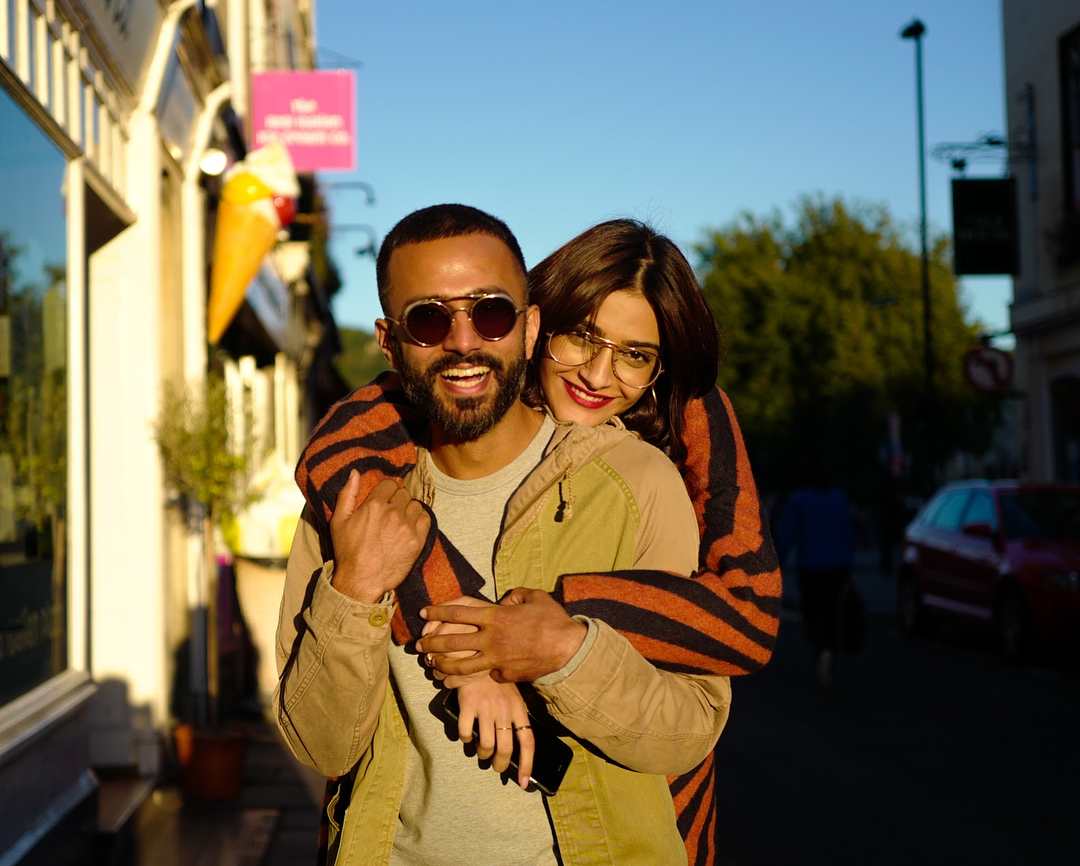 After their wedding, Sonam and Anand have been giving everybody some major marital goals. In one of her cutest confessions, Sonam had recently revealed to a media portal about one strict bedroom rule that her hubby has put on both. She was quoted as saying, “It's a rule basically Anand has put on both of us. Right before I sleep I have to put my phone on charging in the bathroom or I charge it in the hall of other room”. (Also Read: Anand Ahuja's Strict Bedroom Rule For Sonam Kapoor Post-Marriage, Will Not Allow Phones On Bed)

Well, we can’t help but drool over their pictures and hope to see more of the cutesy moments of Sonam Kapoor Ahuja and Anand Ahuja.