Sonam Kapoor Ahuja and Anand Ahuja’s wedding has surely given them infinite moments to cherish on forever. With some adorable moments between the couple that was either captured in the videos or in the pictures, #SonamKiShaadi in undoubtedly a memorable one for everyone. While Sonam and Anand started off with a new phase in their lives, their cousins, relatives and friends made sure to have the maximum fun at all the wedding functions. (Also Read: Newly-Weds Sonam Kapoor Ahuja And Anand Ahuja Cut Their Giant Reception Cake)

Sonam and Anand hosted a wedding reception at The Leela, Mumbai on May 8, 2018, and who’s who of the B-town industry were there to be a part of the biggest celebration of their lives. And on their wedding reception, we got our hands on the much-awaited family picture of the Kapoors. As it is known to everyone that Arjun Kapoor and Anshula Kapoor were initially not in good terms with their father, Boney Kapoor’s second wife, Sridevi and their daughters, Janhvi Kapoor and Khushi Kapoor. 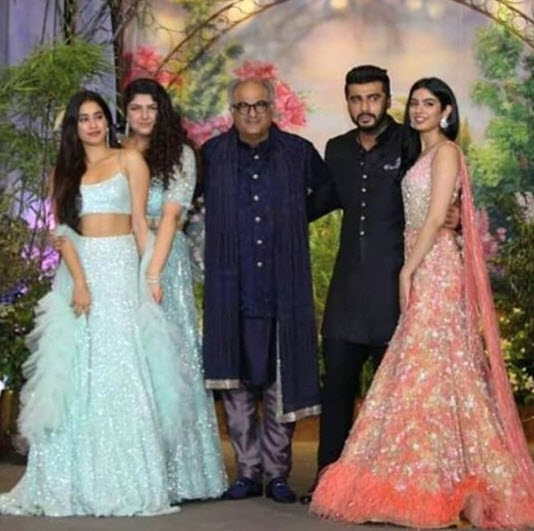 But after the untimely and sudden demise of Sridevi, Arjun and Anshula stood there as the strong pillars of their family and share a cordial bond with them now. Since then, despite many family get-togethers and birthdays, the netizens were unable to get a click of the family picture of them. But it finally happened at Sonam Kapoor Ahuja and Anand Ahuja’s wedding reception. A picture-perfect family portrait of Boney Kapoor with his four children, Arjun, Anshula, Janhvi and Khushi, and they all looked ideal. (Also Read: Kapoor Family Is All Decked Up For Dear Sonam Kapoor's Reception At The Leela ) 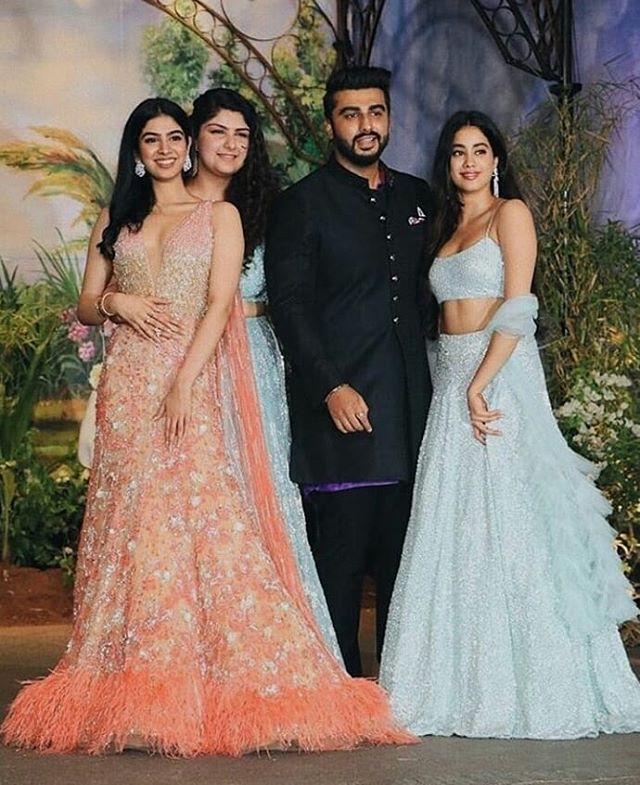 It was also said that Arjun and Anshula might move back to their family home to stay with Boney, Janhvi and Khushi. The source was quoted as saying, “So far, Arjun and his sister Anshula Kapoor have led pretty much independent lives, away from their father’s family. But now Arjun feels his father and his stepsisters — Janhvi and Khushi — need him. He has begun to feel as protective towards his stepsister as he does towards his own sister Anshula.” (Also Read: Sonam Kapoor-Anand Ahuja's Post-Wedding Cake Is Unique And Tells A Cute Story About The Couple) Boney Kapoor didn’t fail to acknowledge how maturely Arjun and Anshula stood for them in their bad phase and were there for their family. Boney wrote, “Losing a friend, wife and mother of your two daughters is a loss inexplicable in words... I am blessed to have the support and love of Arjun and Anshula, who have been such pillars of strength for myself, Khushi and Janhvi. Together, as a family, we have tried to face this unbearable loss.” (Also Read: Newbie Bride, Sonam Kapoor Adds Her Husband, Anand Ahuja's Surname And Is Now Sonam Kapoor Ahuja) 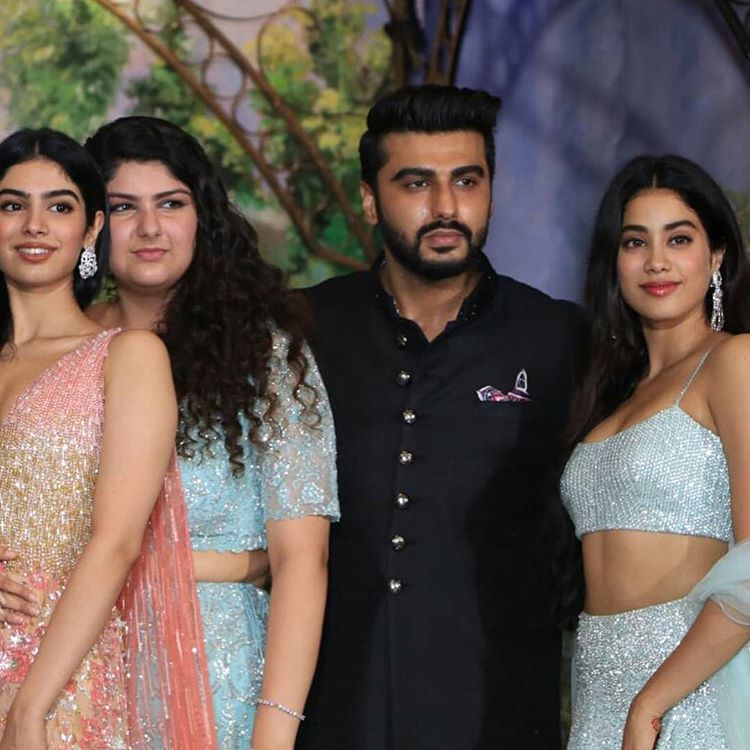 We are totally in aw of this picture-perfect family portrait in which Boney Kapoor with his four lovely children, Arjun Kapoor, Anshula Kapoor, Janhvi Kapoor and Khushi Kapoor are all smiles and pose together as a family.