Amy Jackson was blessed with a baby boy on September 17, 2019, and she is busy in nurturing him beautifully. On January 17, 2020, Andreas turned 4-months and to wish him, Amy wrote a heartfelt note.

God has bestowed woman with one of the greatest powers in the world, the power of giving birth to a human being. The feeling of a little one taking his/her breath inside you makes the wait for nine long months even more difficult to pass. For every woman, being a mother is like a tick on their achievement list and motherhood changes her completely. With motherhood, they begin a new life with their kid. From the moment a couple hears the news of the pregnancy to help him/her to walk, the life of a couple changes completely. Every day becomes blissful for a couple with their little munchkin in their arms. A woman goes through many changes be it physical, emotional or mental during pregnancy, but she embraces them beautifully. (Recommended Read: Shaheen Bhatt Talks About Her Thoughts Before Attempting Suicide, Says, She Couldn't Do It Anymore)

Singh Is Bliing actress, Amy Jackson is on cloud nine as she is a proud mother to a baby boy, Andreas Jax Panayiotou. Amy and her fiancé, George Panayiotou had welcomed Andreas in their lives on September 17, 2019. Amy had taken to her Instagram handle on September 23, 2019, and had shared the news of the arrival of her little munchkin. Sharing a picture straight from the hospital room, Amy had written, “Our Angel, welcome to the world, Andreas.” Ever since Andreas' birth, Amy’s Insta feed has been filled with adorable pictures of Amy and Andreas. From writing lovely wishes for him to taking him out for walks, Amy has been fulfilling her mommy duties perfectly.

Amy Jackson Shares A Video Of Son, Andreas Taking His First Steps Towards Her, The Mommy Hugs Him On January 17, 2020, Amy Jackson’s little munchkin, Andreas turned 4 months and to wish him, she took to her Instagram handle and wrote a heartfelt note for him. Sharing a picture with Andreas, Amy wrote, “4 months old today. It’s hard to remember what life was like before you my baby. You are the most amazing little human and I’m so blessed to be your Mummy.” In the picture, Amy and Andreas can be seen twinning in white. She also took to her Insta stories and shared a picture with Andreas and atop it wrote, “4 months today.” 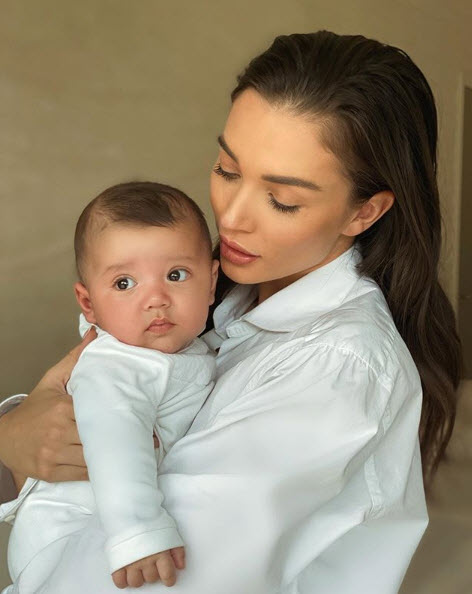 On October 17, 2019, when Andreas had turned 1 month old, his mommy had taken to her Instagram and had shared a lovely video of herself singing for him. Sharing the video, Amy had written, “Happy Birthday my beautiful son - 1-month old today. I can’t remember life before you... you’ve completed me in ways I can’t describe. I’m thankful for every second I spend with you and the love I have for you is infinite. I can’t wait to watch you grow into a strong, kind, caring young man. Thank you to my wonderful consultant @drduncan_birth for the constant support throughout my pregnancy and making the birth itself such an amazing experience. HAPPY 1 MONTH BABY AP.” (Suggested Read: Raghu Ram's Ex-Wife, Sugandha Shares A Heartfelt Note For His Newborn Son, Rhythm, Welcoming Him)

In an interview with a UK Magazine, Amy had revealed that she is totally ready for motherhood. Amy had stated, "We're at that stage where we're definitely ready for it. I don't think you can ever plan something perfectly, but we're in such a good place. We're happy together, we have a beautiful home and we're excited to be a mum and dad." She had further stated that her pregnancy has brought her closer to her fiance, "We know each other pretty well - the good, the bad, the ugly and everything in between. We were inseparable before, but this is a different closeness." 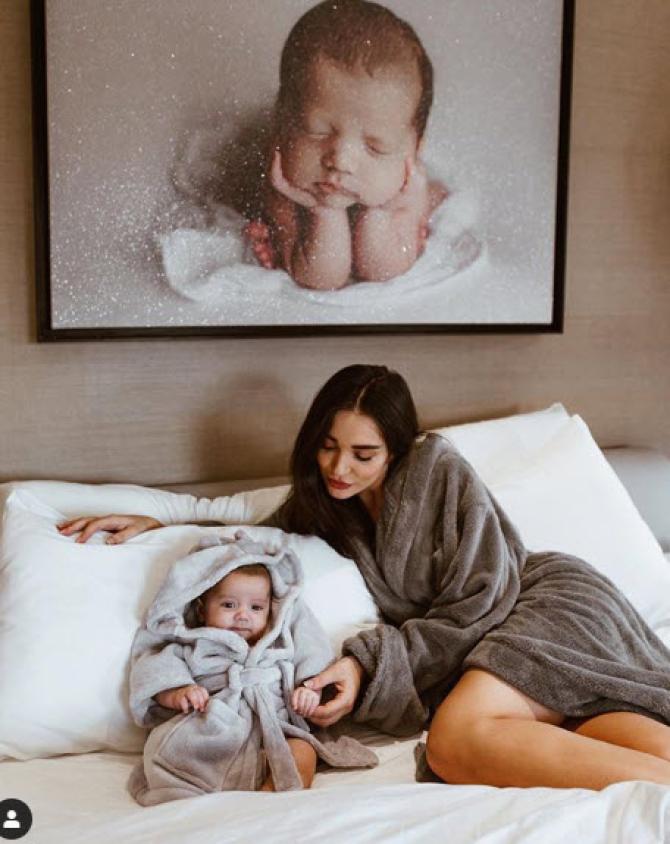 Amy Jackson is dating an England-based businessman, George Panayiotou and has been going strong in their relationship. In an interview with Taylor Magazine, Amy had talked about her fiance and had stated, "George and I have been dating for four years on and off now. On and on, and then off and off. It takes that amount of time to understand a person. Also, make sure you don’t have an ego – that is a huge part. You’re still learning about each other in the first couple of years, but once you do know each other and you’re willing to take that next step with that person because you know them fully, that’s when it’s a real partnership. We still have our little tiffs, which are usually about nonsense but that’s good and it’s healthy. It’s also healthy to talk about these things and have good communication. That is the key to anything." 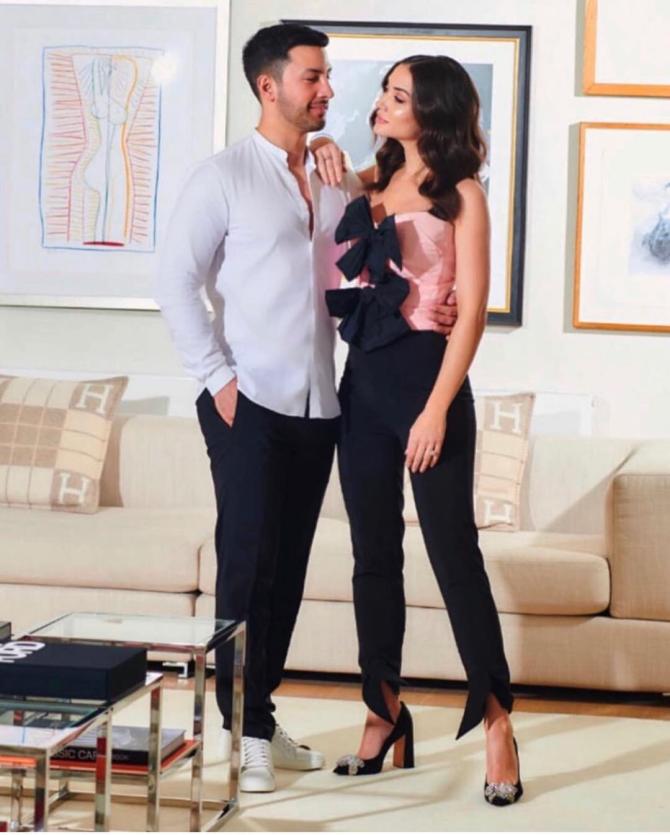 Talking about the wedding planning, Amy had shared, "I started wedding planning five years ago! I was showing George my Pinterest board a couple of weeks ago for the wedding, and he was like, ‘This was pinned in 2016!’ So yes, I’ve been planning this for a while. It’s changed a lot because what you desire changes. Although he’s given me the reigns with the planning side, I still want him to be a part of it!" (Must Read: Mukesh Ambani, Akash Ambani And Shloka Mehta Look Picture Perfect At Javed Akhtar's Birthday Bash) 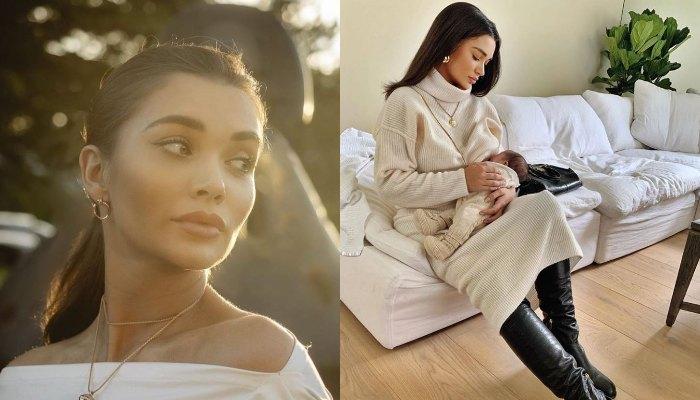 The moment you hear the news of your pregnancy, your whole life takes a complete U-turn. Everything starts to revolve around the arrival of your little munchkin and all the other things take a back seat. From planning your date night to later planning the play dates for your kid, everything