Amy Jackson is on cloud nine ever since she gave birth to her little prince, Andreas. Recently, the actress took a funny dig on motherhood with her latest holiday pictures.

It is said that God can't be everywhere, so he created mothers! Ahh, well, it was a clever move on the part of the almighty because the entire world depends on their mothers (and not God) for every little thing (even for finding a handkerchief). A mother's role starts the moment she holds her little one inside the delivery room. If a mother could she would happily put a kaala teeka on her baby's forehead just minutes after he/she is born (to keep him away from nazar, duh-uh!). They have a plethora of nicknames for their little ones and they are always on their toes for them. However, in the midst of the chaos and confusion of raising kids, mothers have no time left for themselves (not even on holidays). Recently, Singh Is Bliing actress, Amy Jackson took a funny dig at motherhood in her latest pictures on Instagram. (Recommend Read: Neha Kakkar And Aditya Narayan Enjoy Bachelor Bash With Sara Ali Khan, Kartik Aaryan On Indian Idol)

Before we take you further in the story, let us take a recap of Amy's beautiful baby arrival announcement she had shared with her fans. On September 17, 2019, Amy Jackson had welcomed her first child with England-based businessman fiance, George Panayiotou. She had taken to her Instagram handle and had posted a beautiful family picture from the delivery room. Along with it, she had written, "Our Angel, welcome to the world Andreas." In the picture, we could see George planting a loving kiss on his fiancee's forehead while she was holding their little boy. Currently, Amy is enjoying her vacation with fiance, George and her son, Andreas in Seychelles. On January 30, 2020, the actress posted a couple of pictures on her Instagram handle, wherein she took a funny take on real-life and Insta-life. In one of the pictures, she was sitting on a tree with her baby and in another, she was striking a hot pose on it. Alongside it, she wrote, "Real life VS Insta life". Take a look at the pictures below: 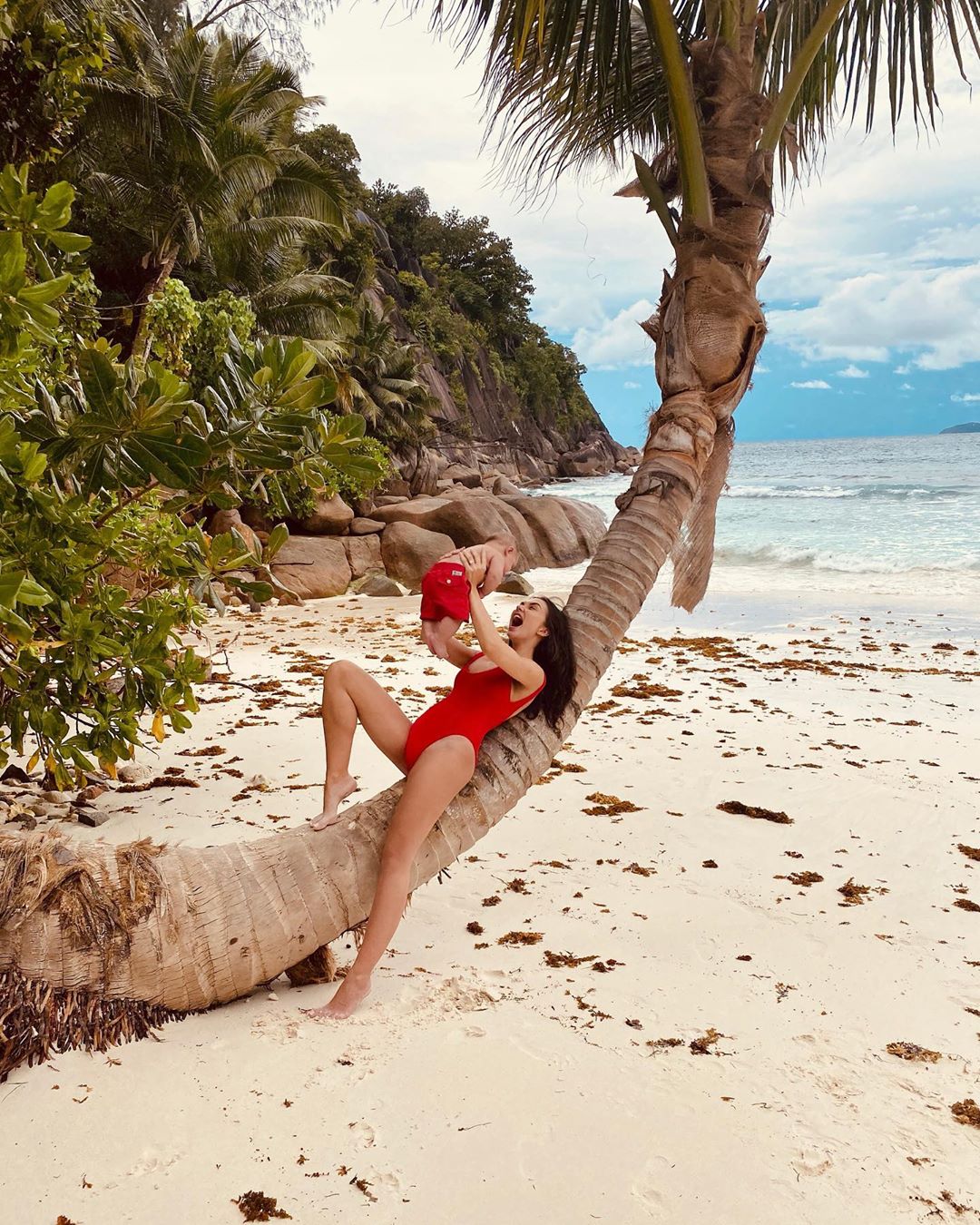 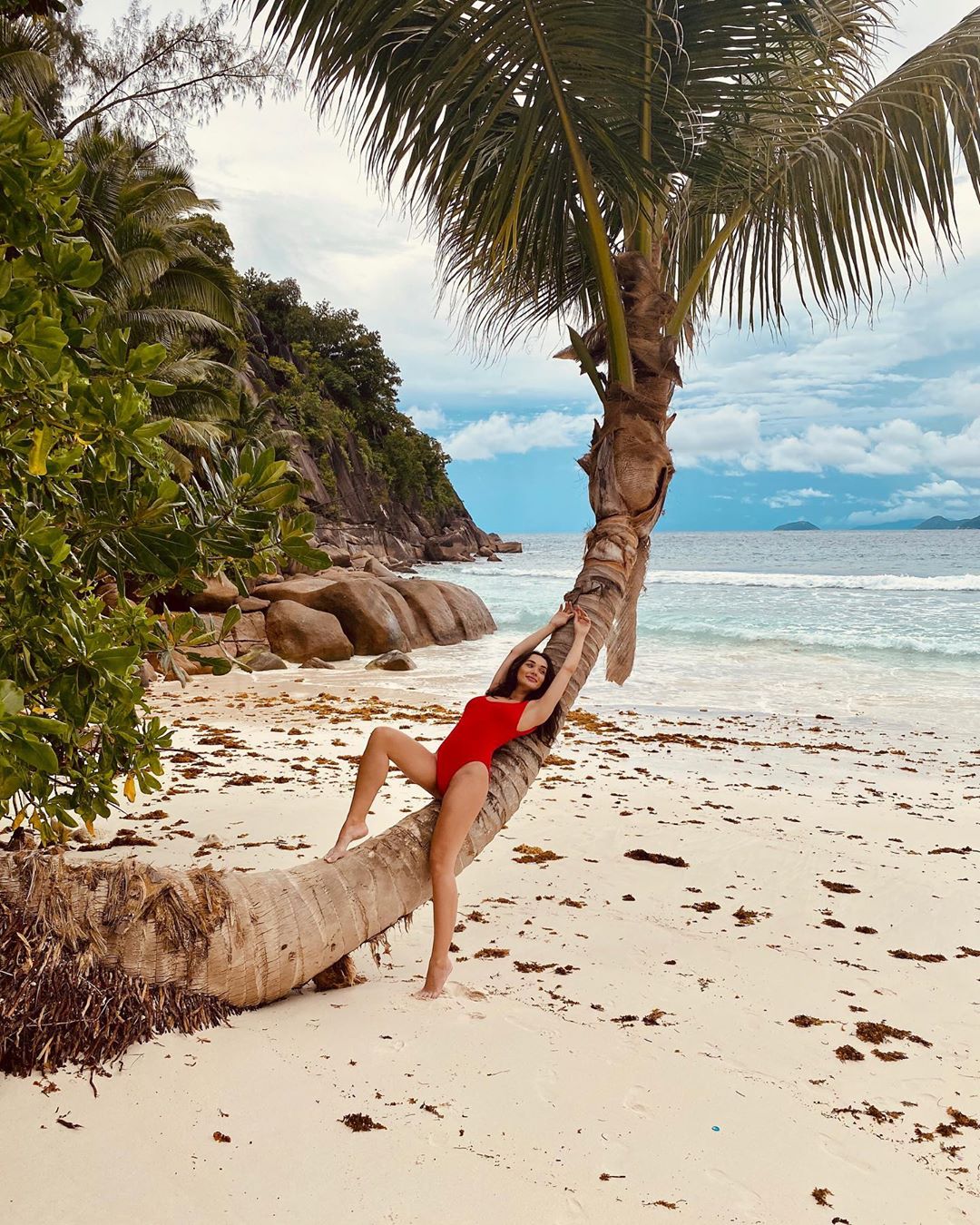 This isn't the first time when Amy had shared a funny picture on her Instagram handle. On January 27, 2020, she had shared a funny picture of her little boy with a super funny caption. In the picture, Andreas was seen chilling on a chair in a black striped onesie with cute sunglasses. Along with it, Amy had written, “Mum, get the Pina Coladas in will ya #VacayMode." (Also Read: Kapil Sharma's Daughter, Anayra Sharma Became The Reason Behind His Proud Moment In Dubai) On January 17, 2020, Amy Jackson had penned a special note for her little Andreas as he had turned 4-months-old and to wish him, she had taken to her Instagram handle. Her note could be read as “4 months old today. It’s hard to remember what life was like before you my baby. You are the most amazing little human and I’m so blessed to be your Mummy.” 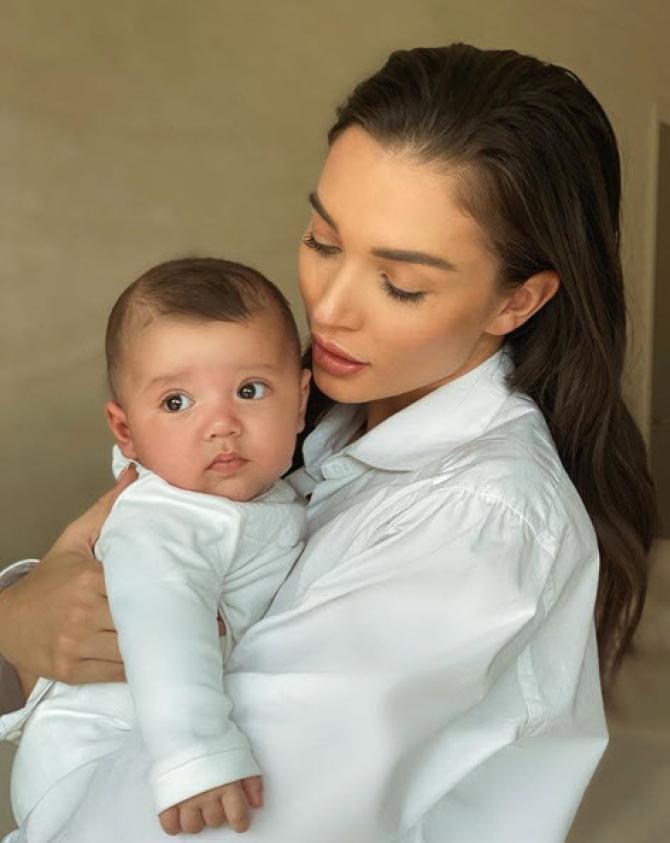 Coming to Amy's love life, in an interview with Taylor Magazine, Amy had talked about her fiance, George and had stated, "George and I have been dating for four years on and off now. On and on, and then off and off. It takes that amount of time to understand a person. Also, make sure you don’t have an ego – that is a huge part. You’re still learning about each other in the first couple of years, but once you do know each other and you’re willing to take that next step with that person because you know them fully, that’s when it’s a real partnership. We still have our little tiffs, which are usually about nonsense but that’s good and it’s healthy. It’s also healthy to talk about these things and have good communication. That is the key to anything." (Don't Miss: Kareena Kapoor Khan Reveals Her Reaction When Her Son Taimur Ali Khan Will Bring His Girlfriend Home)

Well, we are sure all the mothers will agree with Amy's funny take on motherhood!