To mark their fifth wedding anniversary on May 15, 2021, Amrita Rao posted a throwback picture with Anmol, from one of their vacations.

'An interview that never ended'- That sums up the love story of Amrita Rao and RJ Anmol which began in 2009. Amrita had met her Life Partner, Anmol, who is a Radio Jockey, in 2009 for an interview and little did they know that some years down the line, they will embark on their happily ever after journey as husband and wife. Amrita and Anmol had kept their relationship under the wraps as they didn't want their personal life to be under constant scrutiny. Similarly, the couple had kept their married life and pregnancy away from the limelight. It is only after the birth of their son, Veer that Amrita and Anmol have been sharing some moments of their lives on social media.

It was on May 15, 2016, when Amrita Rao and Anmol had tied the knot in an intimate wedding ceremony and just like their relationship, the news of their marriage was also a pleasant surprise for their fans. After more than four years of married life, Amrita and Anmol had hopped on to the journey of parenthood with the arrival of their son, Veer. The couple is on cloud nine ever since then and their lives have been revolving around the little munchkin. To introduce Veer to the world, Anmol had captioned the family picture as "Our World, Our Happiness #Veer." To mark their fifth wedding anniversary on May 15, 2021, Amrita Rao posted a throwback picture with Anmol, from one of their vacations. On their anniversary, Anmol and Amrita have committed to donating oxygen cylinders to the people in need. Elaborating on the same, Amrita captioned her post as "On our Wedding Anniversary today... we commit ourselves to donating Oxygen Cylinders to the people in need #throwbackpic And We urge All of you to convert your good wishes into some service to the Society & to the Nation. Since the last month we have already been working with our @oxygenarmy1 with tremendous support from many of you generous donors ...and we pledge to continue so. #JaiHind." Anmol reposted the selfie on his IG handle and added, "Looking forward to a Better World #JaiHind Blessed to be with a Like Minded Partner @amrita_rao_insta." On their fourth wedding anniversary in 2020, Amrita Rao and Anmol had posted a twinning in black selfie, which had spoken volumes about their 'soulmate' love and camaraderie. While Anmol had captioned his post as "I had heard of ‘Soulmates for Life’ ....understood the Meaning after Meeting YOU @amrita_rao_insta", Amrita had written, "Happy Anniversary My Soulmate My Lifeline @rjanmol27 4 years of Marital BLISS." In an interview with Bollywood Bubble, Amrita Rao had recalled her journey with hubby, Anmol, their love story and his first impression on her. Recalling Anmol's proposal, Amrita had remarked, " When Anmol proposed to me, I told him, 'For me, it is going to get serious from here on.' That was the note, to begin with. I think this whole stance of, Okay, if we're taking this path, it is only going to be serious from here. I had that stance, Anmol also had that stance. It was not like we're going to get married, but we wanted to give each other commitment. Now, we are committed to each other. And for me, it was like my first relationship. I was not the girl who dated in college and stuff like that. I used to always say, I will take my time, but my first relationship will be the one that will go to marriage. I'm not saying that can happen to everybody, but I think I just got lucky." When asked what attracted her towards Anmol, Amrita Rao had retorted, "I think his genuineness. The fact that there was no pretence. He was who he is, and there was really no pretence of trying to be somebody. Generally, guys put on a lot to impress girls. But there was nothing like that, he was very genuine and is. And that was enough to impress me." Sharing her opinion on why relationships don't last nowadays, Amrita had continued, "What guys lack today is commitment, I really don’t know why, they lack it majorly. They want to date, they want to have fun, but when it comes to saying, ‘I’ll take this a step further by tying the knot,’ they just chicken out or run away. I’ve heard of terrible stories and terrible stories on dating apps as well." 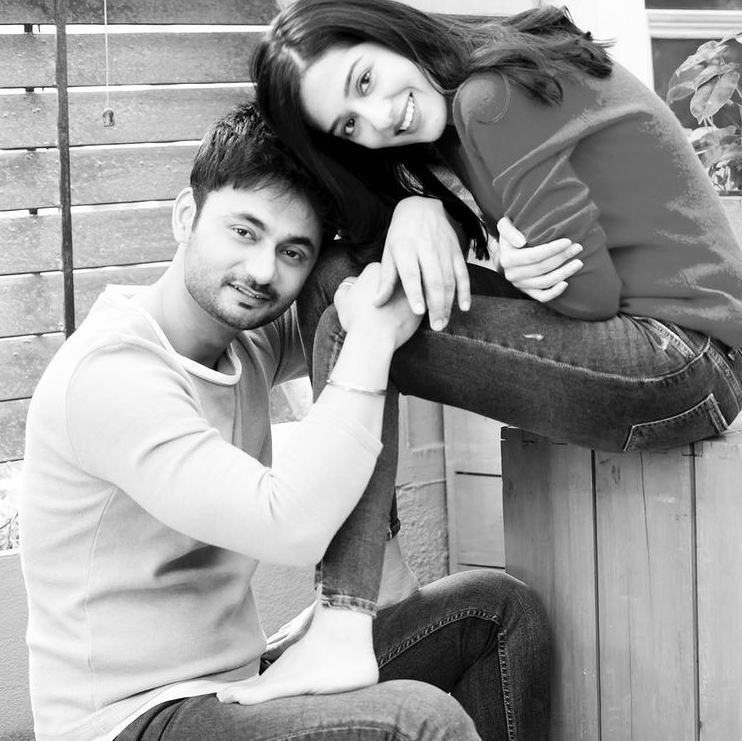