The weekend is here and after a hectic schedule and working the whole week, everyone wants and deserves a chill and fun-filled weekend. And what better place other than our tinsel town could be there to look for a party? Sanjay Kapoor hosted a bash at his residence and guess what, who all were there? (Also Read: Single Mother, Manasi Salvi Hasn't Given Up On Marriage Just Because The Previous Didn't Work Out)

Well, apart from many well-known names of the Hindi film industry, what caught our attention was none other than Arbaaz Khan, his girlfriend, Giorgia Andriani, his brother Sohail Khan and his ex-sister-in-law, Amrita Arora. You must be wondering what’s so special about this get-together, right? 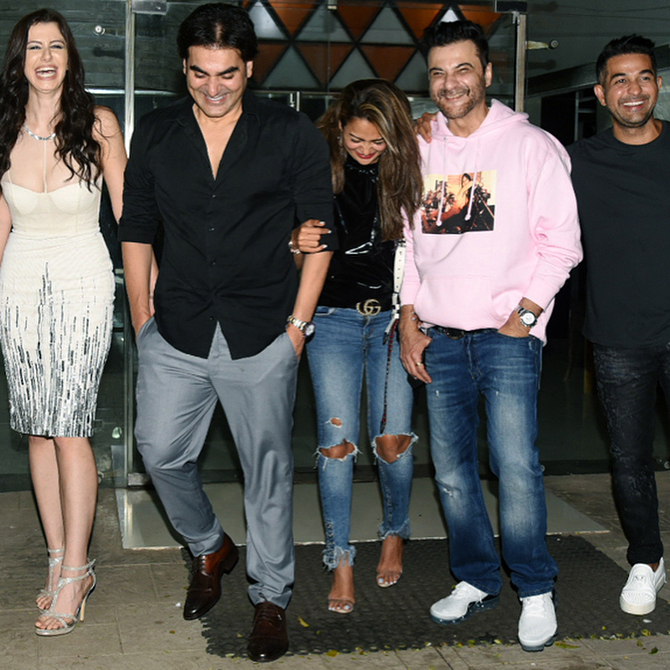 We all know that Arbaaz Khan has often been spotted with his girlfriend, Giorgia but this time it was Arbaaz’s ex-sister-in-law, Amrita Arora with whom Giorgia bonded like how! Yes, the two were clicked hanging out with each other at Sanjay Kapoor’s bash, even hugging and laughing out loud together. Take a look at a few pictures and a video in which we can see Arbaaz Khan's ex-sister-in-law, Amrita Arora bonding with his current girlfriend, Giorgia Andriani: 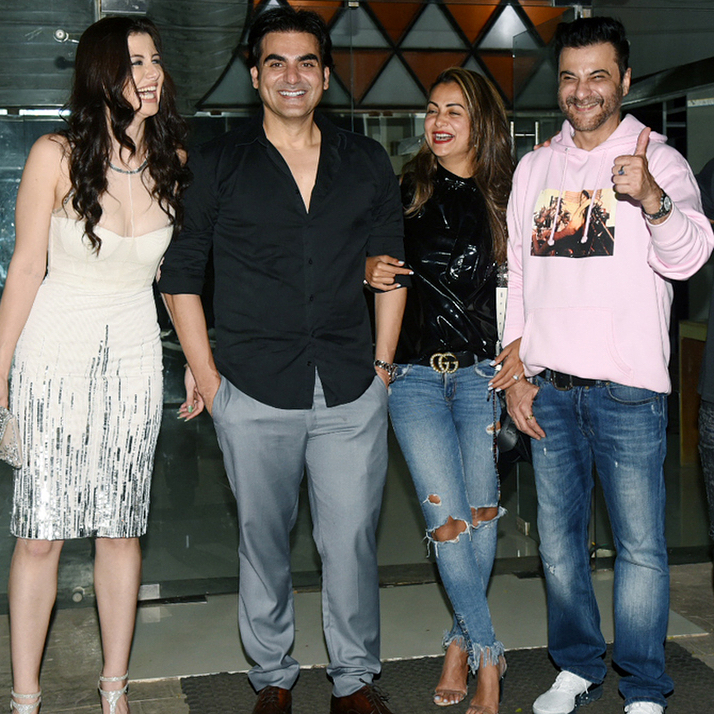 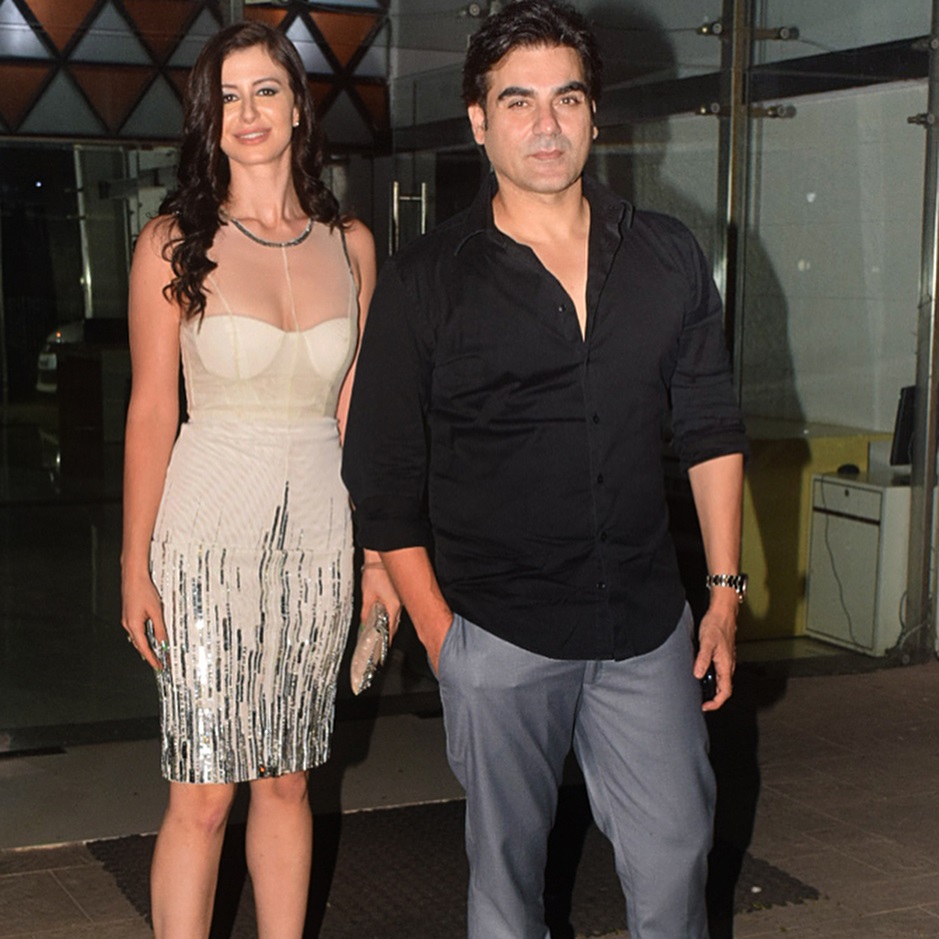 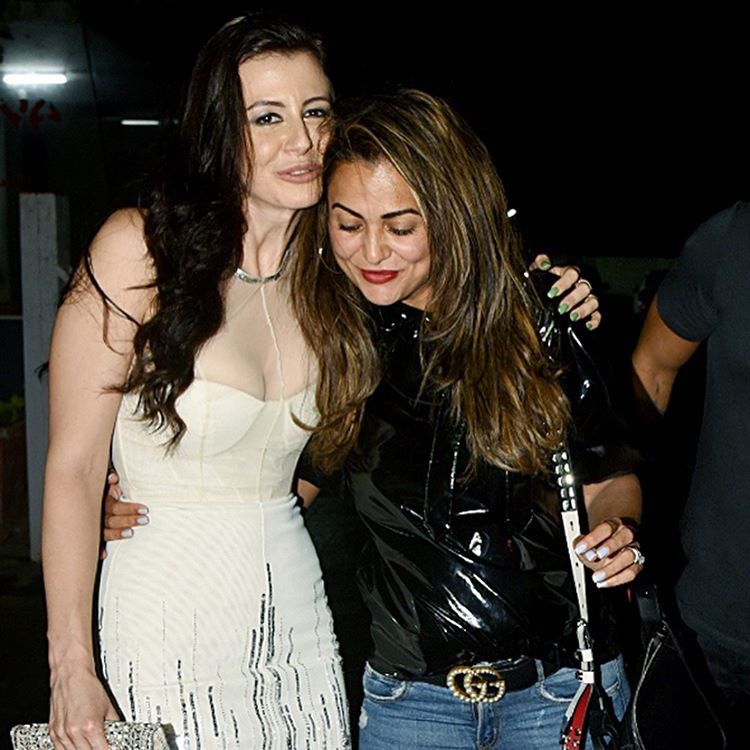 Arbaaz was earlier married to Malaika Arora since 1998 until their divorce in 2016. The couple has a son named, Arhaan Khan. Amrita Arora is Malaika’s sister and isn’t this amazing to see her being amicable with her sister’s ex-husband’s current girlfriend? (Suggested Read: 'Heyy Babyy' Fame Fardeen Khan Spotted At The Airport After A Long Time With Family [Video Inside])

For the uninitiated ones, it must be mentioned here that Giorgia Andriani is a model and an actress who was last seen in Guest Iin London in 2017. This mystery girlfriend was recently spotted with Arbaaz at the Mumbai Airport on June 21, 2018. The very first time fans and media came to know about her was on June 20, 2018, when Arbaaz had adorably shared an Instagram story with Giorgia's photo and wished her happy birthday with a heart emoticon. Recently, on Arbaaz Khan’s 51st birthday on August 04, 2018, Giorgia took to her Instagram handle and posted a sweet birthday wish for her boyfriend. Sharing the following picture, she wrote, “To your day happy happy bday rockstar @arbaazkhanofficial #happybirthday #happybdayboy”. 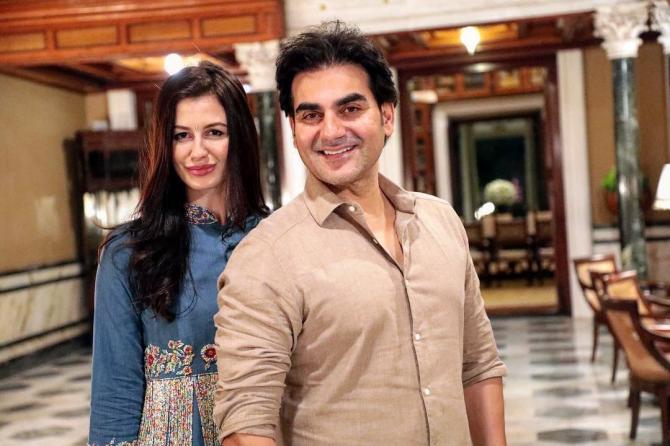 A day before his birthday, it was Arpita Khan’s birthday and reports suggest that Arbaaz and Giorgia flew off to Hyderabad where his entire family members were present and they have already given their nod to Arbaaz for her.

On May 22, 2018, Giorgia herself shared a couple of pictures with Arbaaz and sweetly captioned those, “Make sure you spend as much time as you can with the ones who make you laugh. #happy”. (You May Like: Sanjay Dutt's Daughter, Trishala Dutt Turned 30 YO, Step-Mom Maanayata Dutt Wishes Her On Birthday) 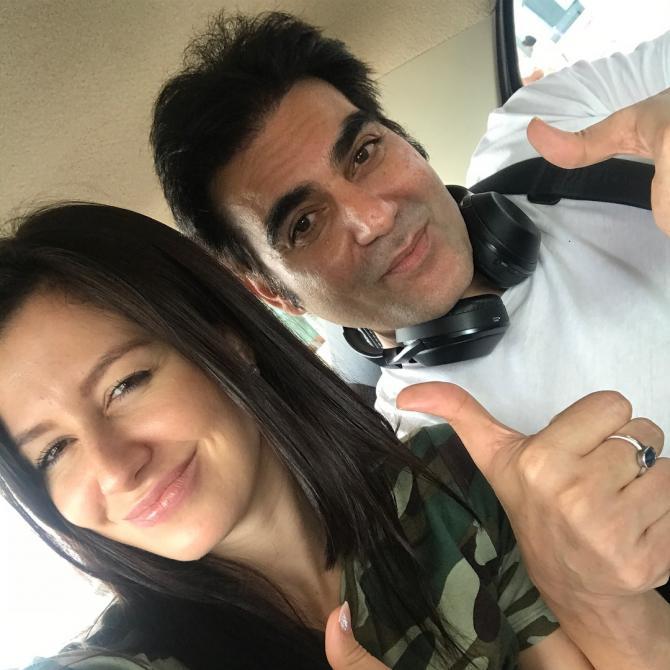 After his divorce with Malaika Arora, Arbaaz has constantly been rumoured to date one girl or the other. Before Giorgia, he was dating a Romanian blonde model, Alexandra Camelia. About her, he had once revealed to a media portal, “No, that’s another girl — Alexandria. That’s my friend. I am dating, yes. But we are not... As of now, there is still a long way to go”. 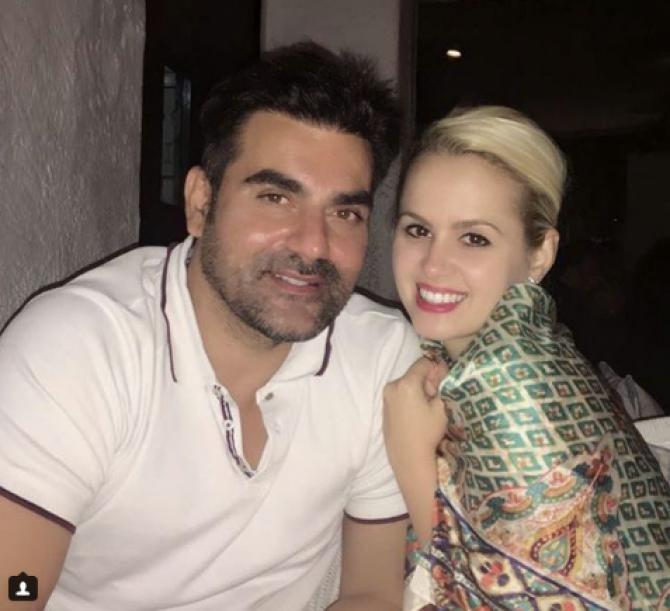 Well, that’s past and we are glad to learn that Arbaaz and Giorgia are soon going to make it official. Guys, what do you think about the fact of Arbaaz Khan's ex-sister-in-law, Amrita Arora bonds with his current girlfriend, Giorgia Andriani?