Amrita Arora turned a year older on January 31, 2020, and celebrated the day with her girl gang. Kareena Kapoor, Malaika Arora and many more attended her party. Scroll down for pictures.

Birthdays bring in a lot of beautiful and fun-filled memories. We wait for an entire year to celebrate the most important day of our lives with our loved ones. No matter how old you get, the excitement and fun related to one’s birthday remains the same. Blowing candles while making a wish and cutting a number of cakes become a must-to-do ritual on birthdays. With birthdays come grand surprises, cherishable moments and a lavish party and that is exactly how Bollywood diva, Amrita Arora celebrated her birthday with her BFFs. (Also Read: Mohena Kumari Singh's Cheerful Boomerang With Her Mother-In-Law Is All About Their 'Saas Bahu Saga')

Amrita Arora and Malaika Arora share an amazing camaraderie with each other and give major sibling goals to the millennials. On the 10th edition of the Vogue Beauty Awards, Malaika and Amrita had looked stunning. They had made us skip a heartbeat with their hotness in the award show, where Amrita had presented the ‘fit inspiration’ award to her sister, Malaika. Sharing a picture of the same, Amrita had captioned it as “The moment I get to give my sister @malaikaaroraofficial the fit inspiration of the year award at the vogue Awards @vogueindia !!! Proud moment who run the world ....girlssss.” 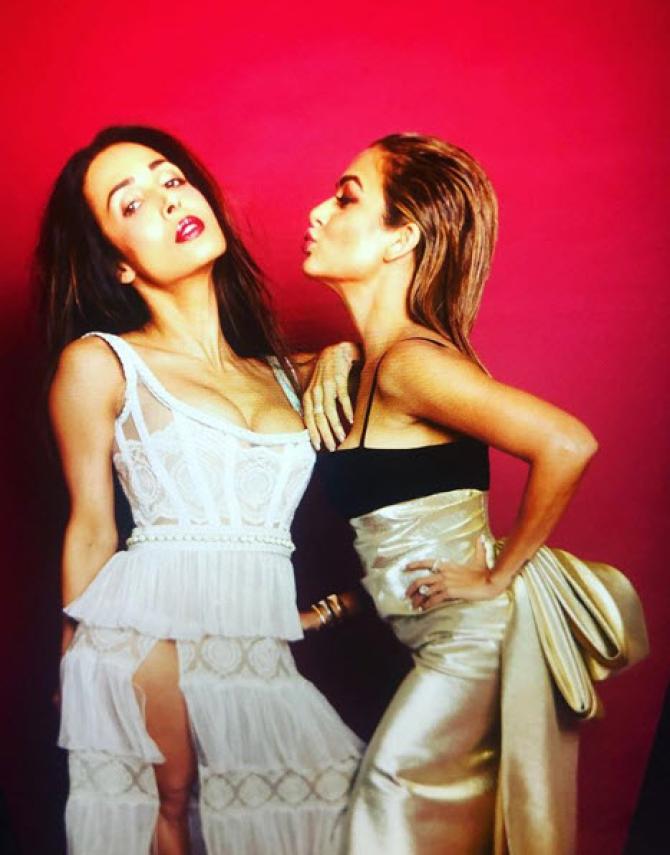 Kareena Kapoor Khan, Arjun Kapoor, Malaika Arora and others turned up to celebrate Amrita Arora’s birthday. Amrita looked gorgeous in a black off-shoulder dress and posed with her girl gang. Malaika looked stunning in a silver-coloured sequined dress whereas, Kareena opted for an animal print jumpsuit. Malaika’s boyfriend, Arjun Kapoor also attended the bash and was accompanied by Sanjay Kapoor. 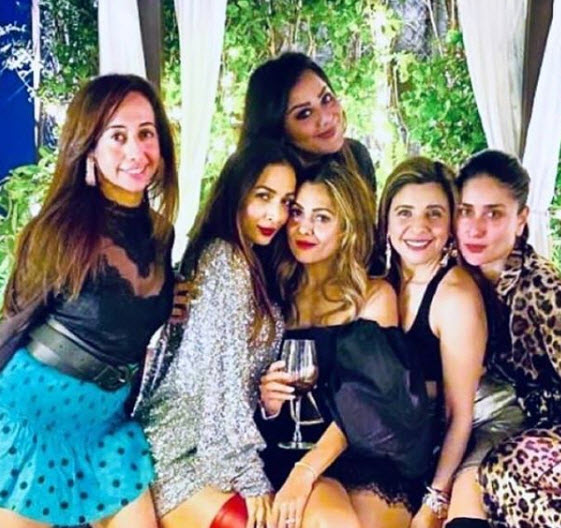 On January 31, 2020, Amrita had turned a year older and it was her elder sister, Malaika who had posted an adorable birthday wish for her. Malaika had taken to her Instagram handle and had shared a couple of pictures with an adorable caption. She had written, “Happy bday my Amu, amzu, amolla, amutti, ams, ..... alll names of endearment, coz we love u (p.s. Now don’t cry n get emo).” (Also Read: Tiger Shroff Wishes His Father, Jackie Shroff With An Unseen Throwback Picture On His 63rd Birthday)

The Arora sisters, Malaika and Amrita not only give us major sister goals but their fitness goals too are always applauded. From being each other’s emotional support to pulling each other’s leg on social media with cute banters, Malaika and Amrita are a perfect example of doting sisters. In one of her Monday motivation posts, Malaika had posted pictures of herself acing some yoga postures. She had captioned the pictures as “#malaikasmondaymotivation with @sarvesh_shashi trying to ace some backbends @thedivayoga .... our beautiful studio @reebokindia #fashionablyfit." It was Amrita’s comment on her sister’s post which every sibling could relate to. Commenting on the same, Amrita had written, "Show off." Malaika Arora was earlier married to Arbaaz Khan, but they had decided to end all ties in 2017 after 19 years of marital bliss. But the best part is that the duo still continues to serve a great rapport with each other’s family, especially Amrita, with whom, Arbaaz is extremely close to. Time and again, there have been instances, wherein Amrita Arora and her hubby, Shakeel Ladak were spotted chilling with Arbaaz Khan and his ladylove, Giorgia Andriani. In an interview with the DNA, Amrita was asked whether her equation with Arbaaz has changed after his divorce with Malaika. Amrita had replied, "I don't understand why it should change?" In an interview with Glamsham, Amrita had talked about her bonding with her big sister, Malaika. She had stated, "I am extremely close to Malaika and the bond we share is unexplainable. We co-depend on each other and are only happy for each other's success. I just can't do without her. We are always there to help and motivate each other. Like success, we share our failures as well." (Also Read: Ruslaan Mumtaz And Nirali Mehta Are All Set To Embrace Parenthood, Elated Daddy-To-Be Shares Details) What do you think about Amrita’s birthday bash? Keep us posted.