Veteran actor, Amitabh Bachchan receives a heartmelting gesture from a fan, who broke all security protocols to meet him personally.

Amitabh Bachchan is one such actor whose name is itself an institution. Ruling the screens right from the 70s, he enjoys a massive fanbase across countries and amongst various ethnicity. Being a superstar across all generations, people love him not just for his acting and illustrious career, but also for the person that he is.

For the unversed, Amitabh is an avid social media user as well, and keeps his fans posted with daily round-ups of his upcoming projects, thought of mind and even treats them with unseen pictures of him and his family. Being an inspiration for each and every fan, Amitabh finds time amidst his busy schedule and spend it with his fans and well-wishes. Therefore, on every Sunday, he organises a small fan meet right in front of his house, Jalsa.

Recommended Read: Saif Ali Khan Reveals The One Reason That Would Tempt Him To Join Social Media, And It's Not Fame Recently, Amitabh’s Sunday meet with his fans turned even more special when one of his ardent fans broke all security protocol and fell at the actor’s feet. A young boy found his way to the actor by breaking all strict security cordon surrounding him and rushed to the actor’s feet in order to seek his blessings. Teary eyed, he asks Amitabh to sign his picture, as the bouncers try to stop him. 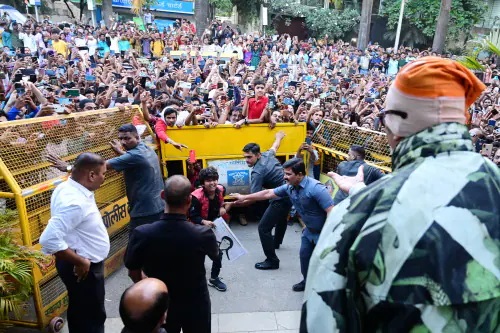 This special gesture moved the actor himself, as he took to his social media handle and shared the glimpse of his young fan. Amitabh shared the post with a heartfelt caption to it, which can be read as:

“and this little fellow came up all the way from Indore after at the age of 4 he saw DON .. and stuck to it .. dialogues acting my lines etc., .. in tears for having met me his desire for long .. sublimates himself at the feet , which I just do it like and abhor .. but”

Check This Out: Manushi Chillar Is No More Single, Is In A Relationship With Zerodha Founder, Nikhil Kamath

One of the pictures also revealed Amitabh Bachchan consoling the young boy, as he outpoured his relentless love for his inspiration and idol. While the actor immediately consoled his fan, he was also entirely touched by the gesture. Amitabh became emotional about the love that he receives and had written:

“Console him as he breaks the cordon and runs up .. console him .. autograph the paintings he did of me and get to read a letter from his Father…such be the emotion of the well wishers .. it leaves me in a swell of the aqua when in solitude .. what how when why .. me!” 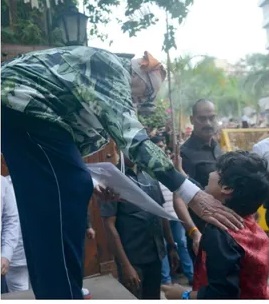 Well, what do you think about this special gesture by the fan? 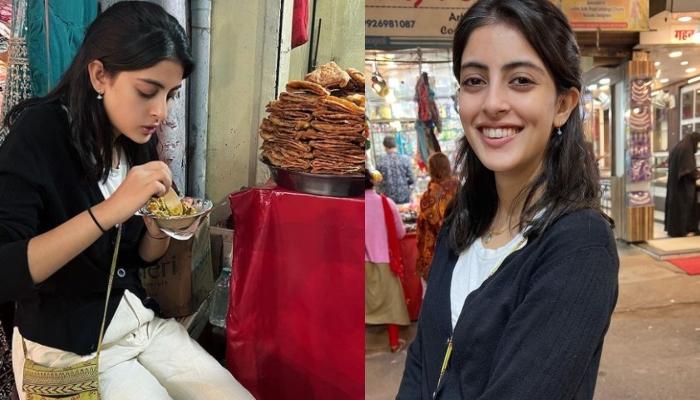 Navya Naveli Nanda is having a gala time in Bhopal and has also posted glimpses of the same on her social media handle. Granddaughter of veteran actors, Amitabh Bachchan and Jaya Bachchan, Navya made sure to make the most of her trip as she enjoyed every moment of it. Dressed