Amitabh Bachchan revealed how he wished his wife, Jaya Bachchan, at 12AM on her 74th birthday, via the new communication mediums. Read on to know more!

Veteran actress, Jaya Bachchan has turned a year older on April 9, 2022, and her fans, friends and family are showering tons of wishes on her. For the unversed, Jaya had tied the knot with the legendary actor, Amitabh Bachchan in 1973, in a grand wedding ceremony. Later, they were blessed with two wonderful kids, Shweta Bachchan, on March 17, 1974, and Abhishek Bachchan on February 5, 1976.

However, besides being a complete family woman, Jaya Bachchan is also a well-acclaimed actress and has already made a mark in the Bollywood industry with her stellar performances. To mark her birthday, her son, Abhishek Bachchan had taken to his Instagram handle and had shared a beautiful picture of Jaya from her younger days. No doubt in this fact, Jaya had looked super pretty in the picture. Along with it, Abhishek had written: And now, it's Jaya Bachchan's darling husband, Amitabh Bachchan's turn to wish his wife on her 74th birthday. A few hours ago, the megastar took to his blog and revealed how he had wished Jaya. Amitabh wrote that he couldn't meet his wife as he is currently shooting outside India and thanked the new communication mediums for allowing everyone to see and hear their dear ones in real-time. An excerpt from Amitabh's blog can be read as:

"Past the midnight hour and the FT with wife to wish her birthday 9th April and to admire the modern technology that allows us the benefit of seeing and hearing in real time .. pensive at times to think of the loss of opportunity in travel to meet dear ones soon .. but shall give the patience and all shall work out soon .." Jaya's daughter, Shweta Bachchan shares an unbreakable bond with her mother. She is an avid social media user and never misses a chance to shower love on her mommy. She had also taken to her IG handle and had shared two pictures of Jaya. In one picture, younger Jaya was seen posing for the camera in her NCC uniform, and in the following picture she was seen enjoying a crab. Sharing the pictures, Shweta had penned:

"Mother, may you always smile like you’ve made best NCC cadet or like you have a huge plate of crabs to devour."

Suggested Read: Dimpy Ganguly Talks About Her Difficult Past, Reveals How Hubby, Rohit Helped Her Overcome Her Fears 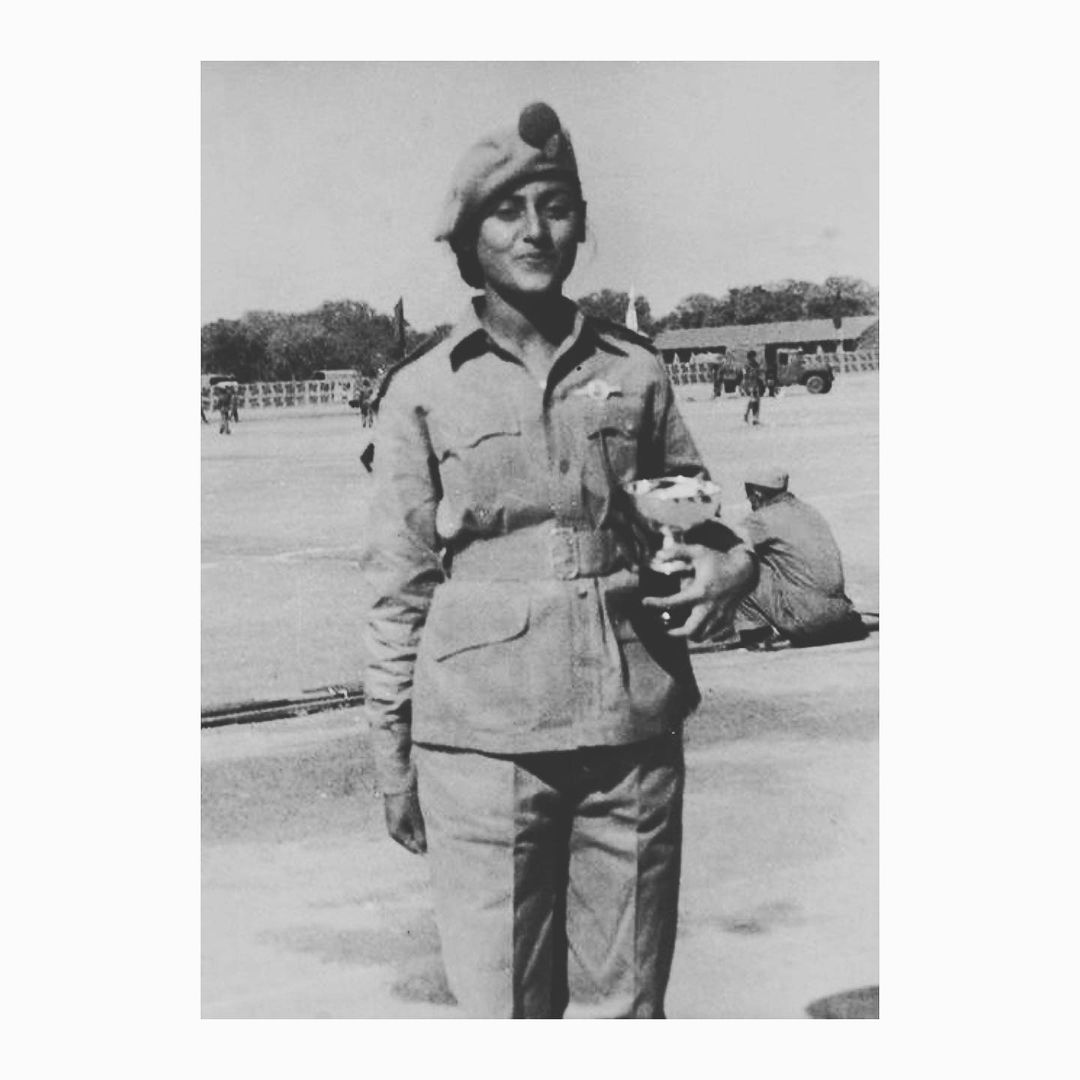 Shweta Bachchan's daughter, Navya Naveli Nanda, had also wished her nani, Jaya Bachchan on her 74th birthday. She had posted a beautiful picture of Jaya, reportedly from one of her films. Navya had taken to her IG stories, and along with the picture, she had written: 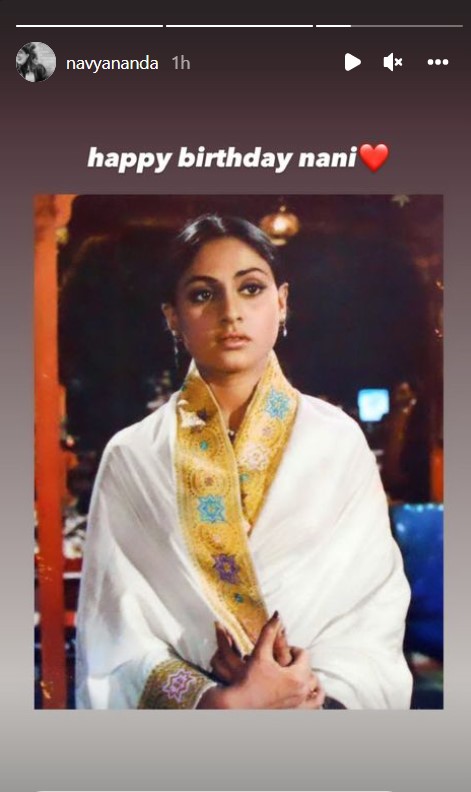 Isn't Jaya feeling overwhelmed getting so much love from her family? What do you think? 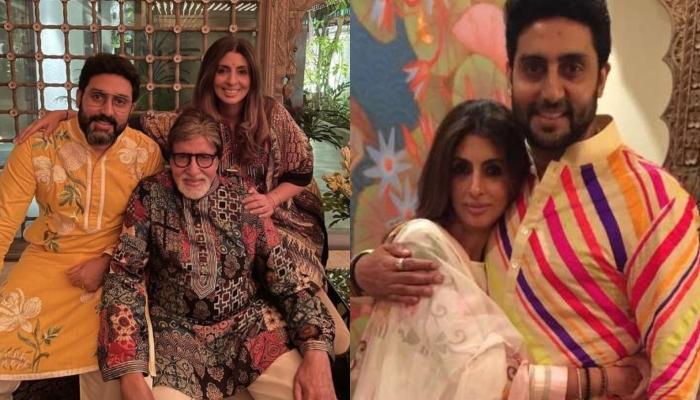 Son of veteran actors, Amitabh Bachchan and Jaya Bachchan, Abhishek Bachchan is a brilliant actor. Time and again, he has proved his mettle in acting with films like Bol Bachchan, Ludo, Bob Biswas, The Big Bull, and many others. He is one of the most underrated actors of our generation, who