Big B, Amitabh Bachchan, is all over the news for his terrific performance in the recently released film 102 Not Out. The film dwells into the relationship that a father and son shares with each other. Speaking of this relationship; in real life, Amitabh Bachchan and his son, Abhishek Bachchan, share an amicable bond, so much so that they are best friends to each other. (Check Out: Despite Many Link-Ups, Legends Jaya-Amitabh Have Been Together For 44 Yrs; A Time-Tested Love Tale!)

Both, Amitabh and Abhishek, never fail to admire each other and openly display genuine respect on social media and various interviews. A report in the Indian Express, suggests the same. During a special screening of 102 Not Out, when the leading daily asked Amitabh about his equation with Abhishek, the 75-year-old actor replied, “We both are friends. I had decided that the moment he starts borrowing my shoes, we would become friends. And that’s what we are. Now he borrows my clothes too”. 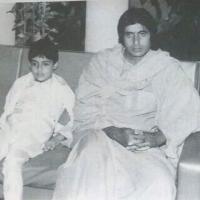 You might remember that recently Abhishek Bachchan was recently trolled on Twitter for living with his parents. A fellow Twitterati, while replying to a thread, tagged Abhishek and tweeted, “Don't feel bad about your life. Just remember @juniorbachchan still lives with his parents. Keep hustling everyone!” (You May Like: Amitabh Bachchan Was Trolled For Discriminating Between His 'Beti' Shweta And 'Bahu' Aishwarya) 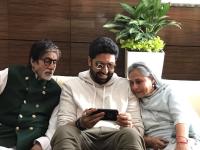 Unexpectedly, Junior B replied to this tweet and shunning the troll, he wrote, “Yes! And it’s the proudest moment for me to be able to be there for them, as they have for me. Try it sometime, you might feel better about yourself”.

When Amitabh Bachchan was asked to comment on the same, he sweetly replied, “It is a very Western concept that once the child becomes eighteen, they have to move out of their parents’ house. Whatever people say on social media, I don’t care. Abhishek will be with me till my last breath. This is the Indian culture and we should follow it”. 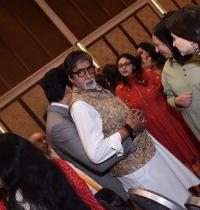 Clearly, Amitabh and Abhishek’s relationship is pure father-son relationship goals, right? All the sons out there should learn from Abhishek Bachchan as to how to respect your father religiously, and all the fathers should learn from Amit Ji as to how to take care of your son and show him the right path always. (Also Read: Rekha Wears 'Sindoor' Even After Her Husband's Suicide; Unfortunate Love Story Of Amitabh And Rekha) 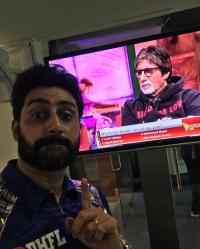 Speaking of father-son relationship, in another interview with the IANS, when Amitabh Bachchan was asked about his legacy, he humbly said that he doesn’t have a legacy of his own, and that he only cares about his father’s legacy (His father, Dr Harivansh Rai Bachchan, was a renowned poet who passed away in 2003). He further added, “Memories with my father and time spent with him are personal. But, yes lessons learnt from him would certainly be passed on to Abhishek”.

A couple of days ago, Junior Bachchan, shared an iconic photo of Amitabh Bachchan along with him, clearly depicting the essence of 102 Not Out. Captioning the following picture, he wrote, “Sometime in the mid 90's... Still walking side-by-side”. On the occasion of last Friendship’s Day, on August 06, 2017, Abhishek had shared the following picture with his father, and sweetly captioned it, “Since, apparently, it's friendship day!!!” and hash-tagged it with- ‘happyfriendshipday’, ‘buddies4life’, ‘fathersandsons’. (Also Read: Sonam Kapoor And Anand Ahuja's Wedding: This Ace Designer Is Designing Groom-To-Be's Wedding Outfit) 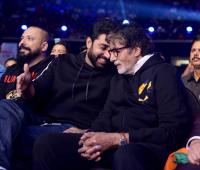 Wow! Truly, there could be no other father-son bonding like Amitabh Bachchan and Abhishek Bachchan. They are seriously giving us all major father-son relationship goals.