To mark the completion of 43 years of 'Amar Akbar Anthony', Amitabh Bachchan posted an endearing picture with his little ones, Shweta Bachchan and Abhishek Bachchan from the sets of the film.

For 1977 film, Amar Akbar Anthony, Late Vinod Khanna, Late Rishi Kapoor and Amitabh Bachchan had come together for the first time and had made it a memorable film for the audience. Be it the dialogues or the songs, the story of three brothers separated at birth and raised in three different faiths had struck our chord with us. Even today, ‘My Name Is Anthony Gonsalves, Main Duniya Me Akela Hoon’ cannot be read with humming the tune along. And May 27, 2020, marks to be the completion of 43 years of the film. (Also Read: Shabana Azmi Proves Her Husband Javed Akhtar And Her Step-Son, Farhan Akhtar Are Two 'Peas In A Pod')

To mark the special day, Amitabh Bachchan posted a beautiful memory from the sets of Amar Akbar Anthony. But before we take you further into the story, let us give you a quick recap of how Big B had reminisced his first film with his son, Abhishek Bachchan on the completion of 15 years of Bunty Aur Babli. Big B and Abhishek hadn’t co-star in a film before 2005 but Mr Bachchan was the narrator for Abhishek's 2003 film, Mumbai Se Aaya Mera Dost. Recalling the Bunty Aur Babli days with son, Abhishek and daughter-in-law, Aishwarya Rai Bachchan (who had featured in the special song, Kajra Re), Big B had tweeted, "15 years. Bunty Aur Babli. My first film with Abhishek. Such fun... and what a team! And Kajra Re on all our stage shows. Yoo hooo." 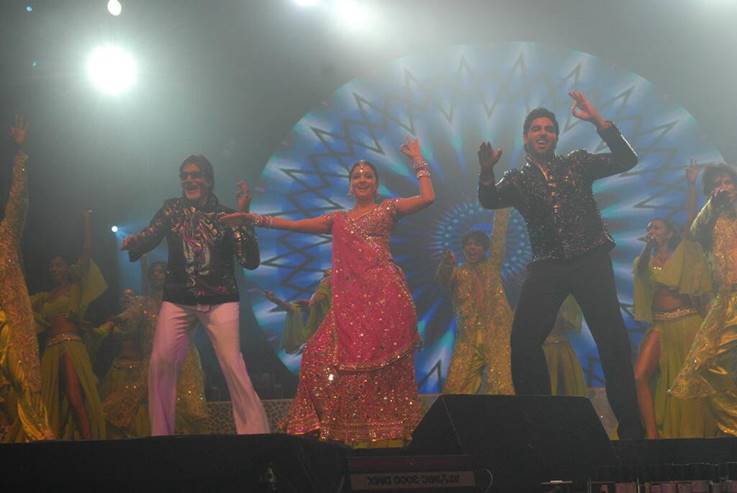 To mark the completion of 43 years of Amar Akbar Anthony, Amitabh Bachchan posted an endearing picture with his little ones, Shweta Bachchan and Abhishek Bachchan. Big B captioned the picture as “SHWETA and Abhishek visit me on set of Amar Akbar Anthony .. shooting song ‘My name is Anthony Gonsalves’ .. at Holiday Inn Ball Room .. this pic on the beach front .. 43 YEARS of AAA , today .. !!! When Man ji came to narrate the idea to me .. and told me the Title .. I thought he had lost it .. at a time in the 70’s when film titles revolved around Behen Bhabhi and Beti , this one was so out of place .. BUT .. It is reported that it did a business of 7.25 cr at that time .. inflation adjusted it crosses collections of Bahubali 2 .. say the sayers who do calculations. But fact is it did massive business .. did 25 weeks in 25 theatres in Mumbai alone .. or so they say .. Doesn’t happen now ... gone are those days!!” Big B also posted some unseen pictures on Twitter from the sets of AAA with his co-stars. 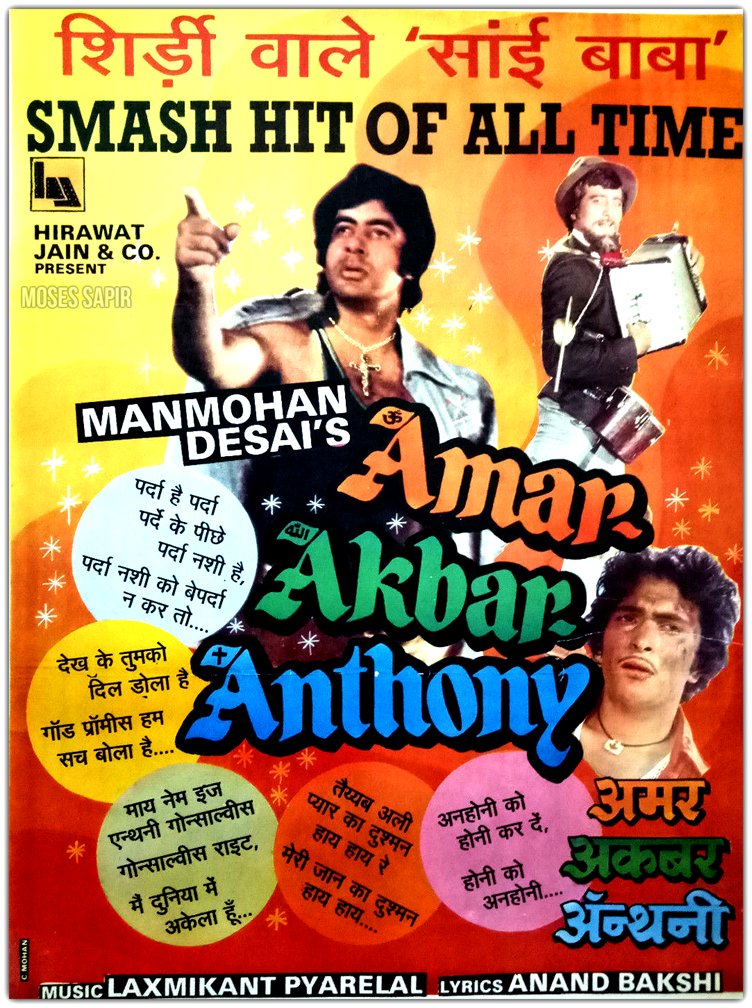 Now it’s time for some fun facts! Did you know Amitabh Bachchan’s iconic character, Anthony Gonsalves, was actually named after a real person? The visual on a tall man, dressed in a striped suit and a hat coming out of a huge Easter egg is still etched in our memories. But the character was initially named Anthony Fernandes. So, when music composers, Laxmikant–Pyarelal had sat with the lyricist, Anand Bakshi to work on the music of AAA, they had realised that 'My name is Anthony Fernandes' did not sound appealing. So, had Pyarelal then suggested to keep Gonsalves instead of Fernandes, which will be his way of immortalising to his violin teacher. Anthony Gonsalves was the first music arranger in Bollywood, who had given the musicians staff notations so they could play exactly what was required of them, which is called music arranging. (Also Read: Amitabh Bachchan's Goofy Mirror Workout Selfie With Grandson Agastya Proves He's The Coolest Grandpa)

Do you remember the iconic scene from Amar Akbar Anthony, in which Amitabh Bachchan’s character, Anthony talks to the mirror? In the book Amar Akbar Anthony: Masala, Madness and Manmohan Desai, by Siddharth Bhatia, Amitabh Bachchan had recalled how the scene was captured in one shot and that too without the director. Big B had recalled, “I used to shoot one scene on one set, rush to the other one, change clothes, and shoot for the second movie. Manji was doing the same. There was a mirror scene planned but nothing had been discussed. He gave me some dialogues and went off. Suddenly, his assistants said, let us just shoot it while he is away. That was it. We set it up and I did it. I knew the dialogues but added a few lines of my own. It was all done in one take.”

A few days back, Amitabh Bachchan had reminisced the fond memories of his family vacation to Keukenhof, the Garden of Europe in the Netherlands. Since we have so many beautiful ‘imaginable’ memories with the iconic film, Silsila, things are definitely not any different for the star cast of the film. Recalling how his son, Abhishek had fallen into a bunch and almost got lost, Big B had written, “We are all living in ‘hortus conclusus’ .. wandering about within ourselves .. in our ‘enclosed garden’ .. BUT .. Keukenhof , the most beautiful open garden is different .. such fond memories of Jaya Abhishek and Shweta in these heavenly spaces .. and little Abhishek falling into one bunch , into one kyari and almost getting lost... those were the days!!” (Also Read: When Ranbir Kapoor And Abhishek Bachchan Recreated Rishi Kapoor And Amitabh Bachchan's Pout Picture) This definitely brought back memories of the film, Amar Akbar Anthony, making us want to go and watch the film. What about you?