Sania Mirza and Shoaib Malik are allegedly divorced and are living separately. However, an old comment from his alleged girlfriend Ayesha Omar surfaced online, stating that they are just good friends.

Indian Tennis sensation, Sania Mirza tied the knot with Pakistani cricketer, Shoaib Malik, on April 12, 2010, and the couple started their forever journey together. After almost 8 years of marital bliss, Sania and Shoaib were blessed with a son, Izhaan Mirza Malik, on October 30, 2018. However, the duo has been hitting the headlines for their alleged divorce for some time now.

Reportedly, it was Shoaib's proximity with Pakistani actress, Ayesha Omar that led to troubles in his married life. It so happened that Ayesha and Shoaib did a bold photoshoot together, and their chemistry with one another raised many eyebrows. Last year, Ayesha shared a series of pictures from the said photoshoot, which garnered a lot of attention. Many fans lambasted Ayesha and accused her of ruining Shoaib and Sania's paradise, but she didn't react to them.

Recommended Read: Kajol On Daughter, Nysa Devgan Getting Trolled Online, Says 'If You Are Trolled, You Are Famous'

Now, a screenshot of an old comment on Ayesha Omar's post is making rounds on social media, and it was her response that led the netizens to wonder if Sania and Shoaib's alleged divorce was just a publicity stunt. It so happened that when a user asked Ayesha if she was planning to marry Shoaib, the actress said that they are good friends. Calling Shoaib and Sania's relationship one-of-a-kind, Ayesha added that Shoaib is happily married to his wife, Sania. Her comment can be read as: 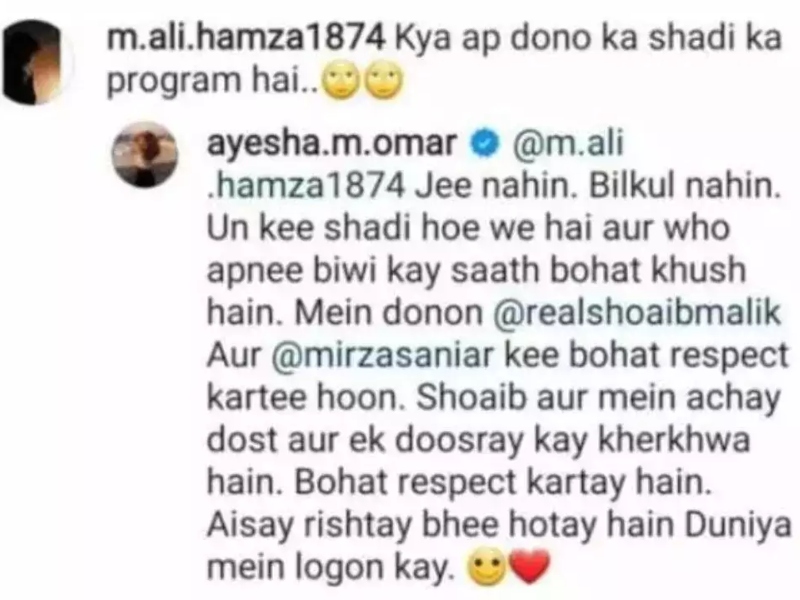 Ever since reports about troubles in Sania and Shoaib's paradise have surfaced online, their fans are shattered. While some reports claim that the couple would soon file for a divorce, others stated that they are already divorced. According to a report in Bollywoodlife, Sania and Shoaib haven't announced their divorce publicly because of some legal issues. Moreover, the couple also has to fulfil their professional commitments together, which is also stopping them to make the announcement. For the unversed, Sania and Shoaib will be seen on the chat show, The Mirza Malik Show, together and as per the contract, they have to shoot for all the episodes before officially parting ways. 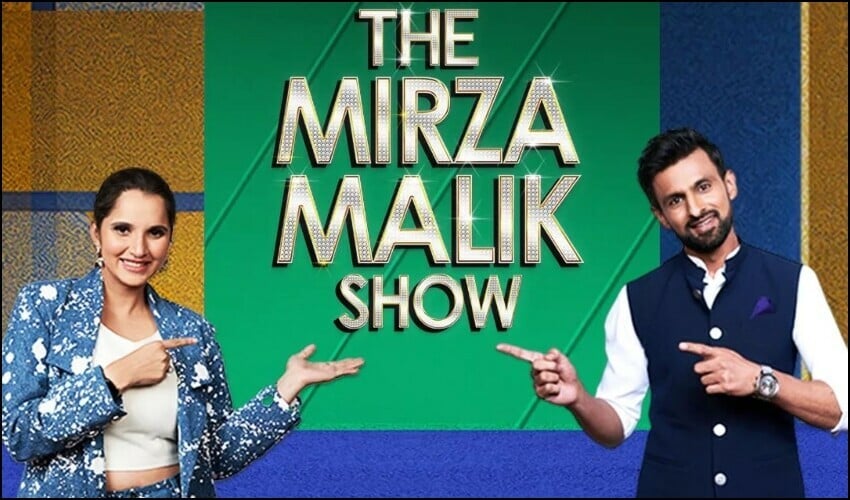 Sania Mirza's marriage with Pakistani cricketer, Shoaib Malik, was international news, and it attracted a lot of attention. Reflecting on the same, in an interview with Curly Tales, Sania shared that people's comments were hard to digest and made it a difficult phase for her. However, she mentioned that she and Shoaib were madly in love with each other, and they just wanted to get married. Finally, Sania crossed national boundaries and ignored all societal remarks and stereotypes to get married to Shoaib and started her forever journey with him. Calling her marriage one of the happiest times of her and Shoaib’s lives, the tennis sensation revealed that they found media reports very odd. 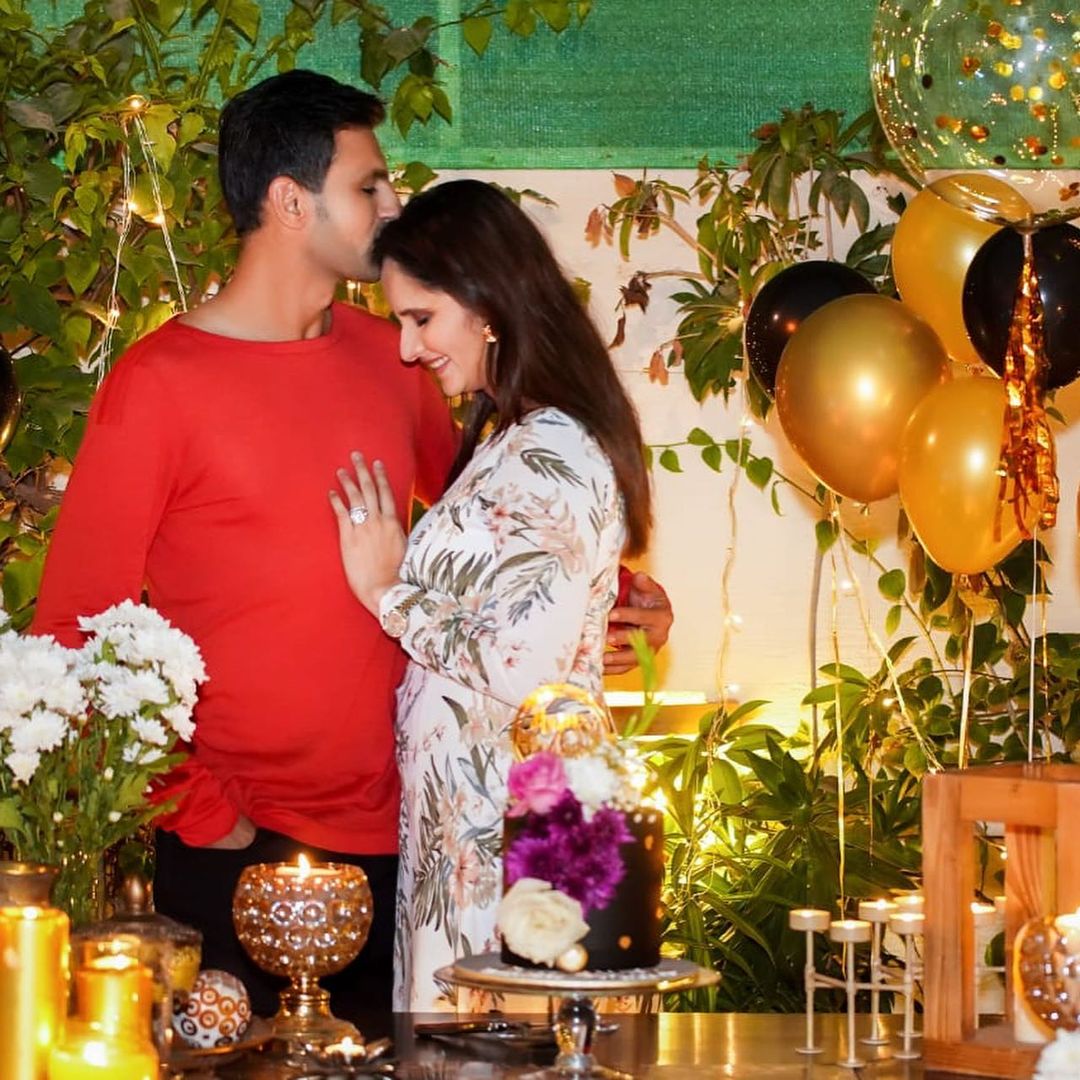 Do you also think that the reports about Sania Mirza and Shoaib Malik's divorce were just a publicity stunt? Let us know!

Next Read: Kriti Sanon Breaks Silence On Her Dating Rumours With Prabhas, Says, 'Before Someone Announces...'